Close
Jimmy Garrison
from Miami, FL
March 3, 1934 - April 7, 1976 (age 42)
Biography
Garrison is best known as bassist for one of the most important jazz groups, John Coltrane's classic quartet with drummer Elvin Jones and pianist McCoy Tyner. But Garrison had a full career backing other prominent saxophonists, including Pharoah Sanders, Archie Shepp, and Ornette Coleman. Garrison's work with Coleman is especially noteworthy; his earthy, hard-swinging approach contrasted greatly with the work of the saxophonist's other, more finesse-oriented bassists like David Izenson or Scott LaFaro. The Garrison/Elvin Jones rhythm section transformed Coleman on two very underrated albums made for Blue Note, New York Is Now and Love Call. Nowhere else on record does Coleman sound so consistently forceful and passionate. The lithe tunefulness that marks the saxophonist's earlier playing is augmented by a more pronounced physicality that pushes the blues aspect to the fore; this due in no small part to Garrison and Jones' focused intensity, which drives Coleman harder than he's ever been driven. Of course, it's with Coltrane that Garrison did his most enduring work. Although Garrison could be a compelling soloist when the occasion presented itself (witness his work on A Love Supreme), he didn't need the spotlight to be effective. His propulsive sense of time never failed, and his empathy with those playing around him was complete.

Garrison grew up in Philadelphia, where he learned to play bass. Garrison came of age in the midst of a thriving Philadelphia jazz scene that included Tyner, fellow bassists Reggie Workman and Henry Grimes, and trumpeter Lee Morgan. Between 1957 and 1960, Garrison played and recorded with trumpeter Kenny Dorham; clarinetist Tony Scott; drummer Philly Joe Jones; and saxophonists Bill Barron, Lee Konitz, and Jackie McLean, among others. His first record with Coleman was Art of the Improvisers (Atlantic, 1959). In 1960, he made My Favorite Things (Atlantic) with Coltrane. He continued to play with Coleman and others -- Cal Massey, Walter Bishop, Jr., and Dorham, to name a few -- but by 1962 his job with Coltrane had essentially become full-time. Garrison remained with Coltrane until the saxophonist's death in July 1967. The Olatunji Concert: The Last Live Recording (Impulse!, 2001), a live recording made by Coltrane just a couple of months before his death, includes Garrison with Pharoah Sanders, Alice Coltrane, Rashied Ali, and Jumma Santos. After Coltrane, Garrison worked with Ornette Coleman once again, and played on record dates led by Sanders, Jones, Shepp, Sonny Rollins, and Alice Coltrane. Garrison also taught occasionally; William Parker, one of the most highly regarded bassists of the late '90s and early 2000s, was his student. ~ Chris Kelsey, Rovi 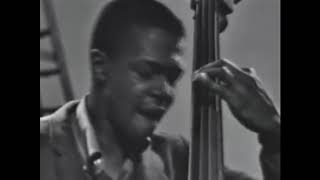 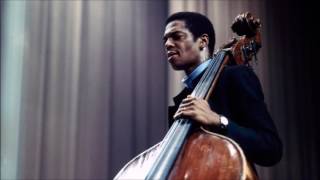 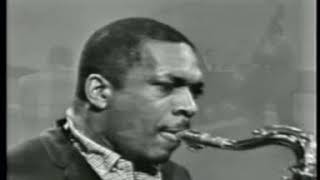 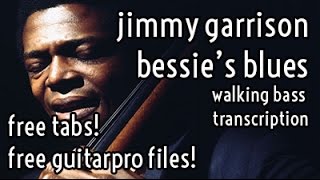 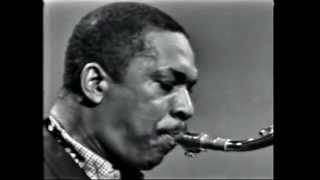 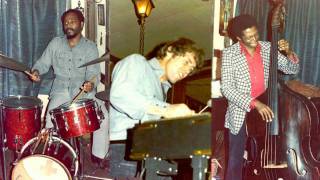 Warren Chiasson Trio w/Jimmy Garrison - "All the Things You Are" 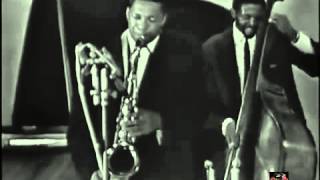