Close
Michael d'Abo
from England
March 1, 1944 (age 77)
Biography
Michael d'Abo first rose to prominence in British rock through his assumption of a most unenviable task, succeeding Paul Jones as lead singer in Manfred Mann -- the group's own record label, EMI, was so persuaded of the unlikelihood that anyone could replace him, that they dropped the band from the roster. He proved up to the challenge, however, and across the four decades since, has remained a busy and well-known musical figure, in rock and in music in general. Born in 1944 in Betchworth, Surrey, d'Abo reached his teens during the early days of England's rock & roll boom, and as a boy, took up the piano as well as singing. While attending the Harrow School, he co-founded A Band of Angels with guitarist/singer John Graydon, guitarist John Baker, bassist Dave Wilkinson, and drummer James Rugge-Price. The group managed the get noticed and cut a quartet of singles (the last, Invitation, written by d'Abo) for Pye Records' Piccadilly subsidiary and for United Artists Records. It was a televised performance of Invitation in early 1966, on a show called #A Whole Scene Going, that brought d'Abo to the attention of the members of Manfred Mann -- organist Manfred Mann and drummer Mike Hugg initially saw him on the broadcast, and soon Mann and bassist/guitarist Tom McGuinness were checking out his work at a club date, and this led to an offer to join the group.

Partly thanks to the extended departure schedule of Paul Jones, and EMI's decision to plunder the vaults for commercially viable sides left behind by the group, there was some overlap between d'Abo's recordings with Manfred Mann -- done for the Fontana label under a new contract -- and those featuring Jones on EMI. Eventually, however, the new edition of the band featuring D'Abo caught the ear of the public, enjoying a string of British hits starting with Just Like a Woman in the summer of 1966 and extending through Semi-Detached Suburban Mr. James and Ha Ha Said the Clown, all culminating with The Mighty Quinn in early 1968, which topped the British charts and restored the group to the American hit parade for the first time in two years with a Top Ten placement. By the time organist Manfred Mann pulled the plug on the group in 1969, d'Abo was one of the more prominent rock vocalists in England, though the group's decision to turn down an offer of a U.S. tour in the wake of The Mighty Quinn cost the band an opportunity for renewed stardom in America.

D'Abo also established his credibility as a songwriter during this period with his compositions Handbags and Gladrags and Build Me Up Buttercup, both huge hits and the latter written in collaboration with composer/producer Tony Macauley, who placed it with the Foundations, whose version sold over a million copies. D'Abo's tenure with Manfred Mann lasted until the spring of 1969 -- by that time, they'd had five major hits in their new incarnation and their leader, organist Manfred Mann, had been hinting strongly that it was nearing time to disband the group. All of the members were increasingly eager to explore other sounds and musical avenues, and they'd run out their string most profitably and honorably, even recording a serious psychedelic classic album, The Mighty Garvey!, on which d'Abo played an essential role, portraying the non-existent singer "Eddie Garvey" (a sort of forerunner to David Johansen's Buster Poindexter). And almost as important, they'd lasted at the top for three years longer than their former label, EMI, had believed possible for them to do without Paul Jones fronting them. Even before the band broke up officially in the summer of 1969, d'Abo had taken the step of recording a single, (See the Little People) Gulliver's Travels, for Andrew Oldham's Immediate Records, which had to be recalled when Fontana Records asserted its exclusive rights to d'Abo's voice, although an accompanying album -- evidently among the rarest long-players of its period -- did follow suit on the Immediate subsidiary Instant Records.

His contractual problems were solved by the time d'Abo embarked on his next project, as one of the singers on the original studio production of Jesus Christ Superstar (1970), which became a mega-hit in the United States. A solo album entitled D'Abo, recorded for MCA and featuring Albert Lee on guitar, was released in 1970 to little notice. In 1972, he followed this up on AM with Down at Rachel's Place, and two years later -- with Graham Nash, Mike Bloomfield, and the Jordanaires, among others, participating -- he released Broken Rainbows, which was greeted as a pop masterpiece by some critics, but failed to chart and, also closed out his AM contract. In 1976, d'Abo formed a composing and recording partnership with Mike Smith, formerly the vocalist and keyboard player with the Dave Clark Five, which resulted in the release of Smith d'Abo on British CBS. His subsequent releases, Indestructible (1987) and Tomorrow's Troubadour (1988), saw little popular interest. D'Abo was not without success musically, however -- during the '70s and '80s, he turned to writing songs for commercials and found special success with a jingle for Cadbury's chocolate on British television. He also played with a band called Beat Goes On (who cut a live album at Ronnie Scott's) and a top dance band called Mike d'Abo His Mighty Quintet, in addition to serving as a deejay and host on a couple of long-running top-rated radio programs. During the '90s, d'Abo and Jones both rejoined their former bandmates -- apart from Manfred Mann himself, who had other musical pursuits in mind -- in the Manfreds, a reunited version of their '60s band. ~ Bruce Eder, Rovi 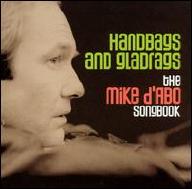 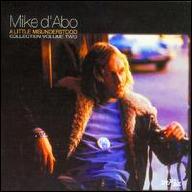 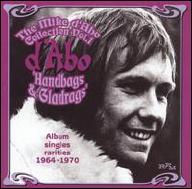 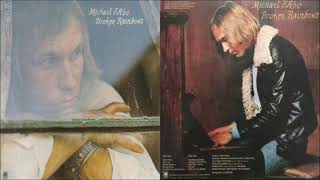 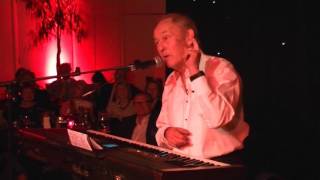 Handbags and Gladrags: The story behind the writing - Mike d'Abo at the Hurlingham Club 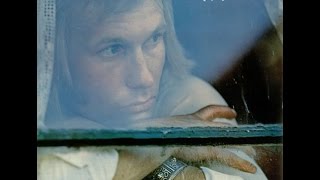 I go where my spirit leads me - Michael d'Abo 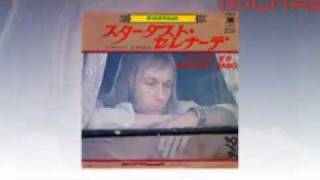 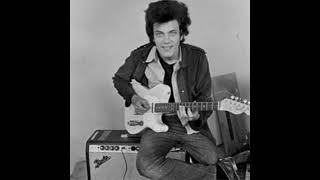