Close
Cozy Cole
from East Orange, NJ
October 17, 1909 - January 31, 1981 (age 71)
Biography
Cozy Cole's drumming was an essential ingredient in much of the jazz recorded during the 1930s and '40s, and he belongs in the same pantheon with Sidney Catlett, Jo Jones, Chick Webb, Dave Tough, Gene Krupa, Specs Powell, and J.C. Heard. William Randolph Cozy Cole was born in East Orange, NJ, on October 17, 1909. He moved to New York City with his family in 1926 and soon became fascinated with the work of Duke Ellington's percussionist Sonny Greer. By 1928 he was performing with clarinetist and bandleader Wilbur Sweatman, and his first recordings (including the feature number Load of Cole) were made with Jelly Roll Morton in 1930.

In 1940, Cozy Cole took his decade of experience and descended upon the Cab Calloway Orchestra during that brief period when the extroverted leader, reluctant to surrender the spotlight, begrudgingly assigned instrumental features to his star players. Cole was the main focus of Ratamacue, Paradiddle, and Crescendo in Drums. In 1943 he worked with bandleader Raymond Scott and performed Beat Out Dat Rhythm on a Drum in the Broadway production of Oscar Hammerstein II's +Carmen Jones. The year 1944 was a triumphant one for Cole, as he led several all-star groups for the Keynote and Savoy labels and served with bands led by trumpeter Roy Eldridge, saxophonist Coleman Hawkins, bassist Billy Taylor, and cornetist Rex Stewart. He also sat in with pianist Johnny Guarnieri and saxophonist Lester Young, clarinetist Hank D'Amico, tenor man Walter Foots Thomas, and several groups working for the Armed Forces V-Disc project.

Cozy Cole helped hasten the alchemical transmutation of swing into bop by recording as a leader for the Keynote, Continental, and Guild labels, and by sidelining with Don Redman and Don Byas, and with Charlie Parker and Dizzy Gillespie on their highly acclaimed All the Things You Are session of February 29, 1945. During this period, inspired perhaps by the stylistic revolution in which he had begun to take part, Cozy Cole took himself to the Juilliard School of Music and perfected his already seasoned approach to the drum kit. In 1946 and 1947 Cole recorded with Benny Goodman, Ella Fitzgerald, and Louis Armstrong, finally settling in with Armstrong's All-Stars from 1949 to 1953 and opening a school for drummers with Gene Krupa in March 1954 that would continue to educate aspiring percussionists until Krupa's death in 1973.

After touring Europe with Jack Teagarden and Earl Hines in 1957, Cozy Cole's career suddenly took off like a bottle rocket as a 1958 drum-driven big-band remake of the Edgar Battle/Eddie Durham/Count Basie tune Topsy (b/w Turvy) hit the pop and R&B charts, publicly aligning him with flashy Teen Beat rock & roll drummer Sandy Nelson. Over the next seven years, Cole recorded more music in this vein for the Love, Felsted, and Coral imprints, as well as a 1961 LP for the Charlie Parker record label consisting of jazzy lounge interpretations of themes from Georges Bizet's opera +Carmen (echoing his stage triumph of 1943).

In 1969 Cole began gigging with his old session mate Jonah Jones and worked with the trumpeter's group intermittently for several years. Late maturity found him jamming at a jazz festival in Nice, France, in 1974 and participating in a Louis Armstrong alumni project under the leadership of Lionel Hampton in 1977. Cozy Cole received an honorary degree from Capital University in Columbus, OH, in 1978, and lectured there periodically for the rest of his life. He passed away in Columbus on January 31, 1981. ~ arwulf arwulf, Rovi 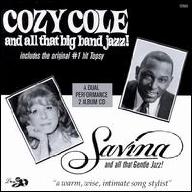 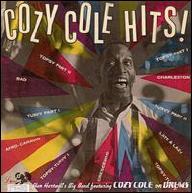 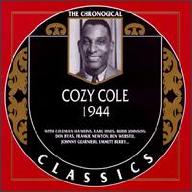 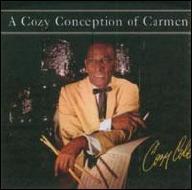 A Cozy Conception of Carmen
1961 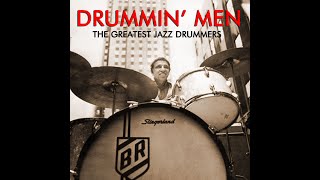 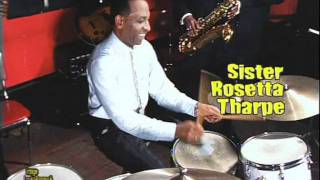 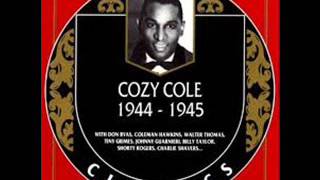 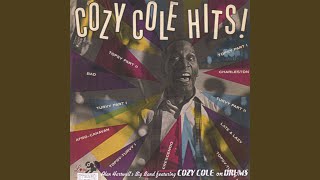 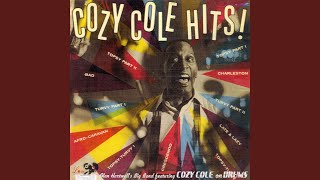