Close
Jimmy Wright
January 1, 1928 (age 93)
Biography
In a different, fairer reality, the mention of tenor saxman Jimmy Wright's name would evoke the word "cool" in the mere utterance. He'd be right there in the minds of serious rock & roll enthusiasts with Scotty Moore, Cliff Gallup, Rudy Pompili, and Franny Beecher, as maker of a sound at the heart and foundation of rock & roll. Author/scholar Peter Grendysa has called Wright the equal of Red Prysock, Sam The Man Taylor, and Big Jay McNeely, among 1950s saxophone virtuosos. Yet Wright has always remained in the shadows, his name barely known or seen, unless you happen to be a special aficianado of the Gee or Rama labels. Recognized or not, Jimmy Wright was one of the most influential musical figures in the history and development of early rock & roll, as well as a huge chunk of New York City-based R&B of the mid-'50s. As the resident bandleader and, with Bert Keyes, the de facto music director for George Goldner's Rama Records and Gee Records labels from 1953 until the end of the '50s, Wright had more to say about what most of the music on those labels -- among the most successful and influential of their day, especially in New York City -- sounded like than many of the artists themselves. The Jimmy Wright Band, also known as the Jimmy Wright Orchestra, variously included '40s jazz and jump blues veterans Skeeter Best, Jimmy Shirley, and Jerome Darr on guitar, Abie Baker and Al Hall on bass, Freddie Johnson or Jimmy Phipps on piano, and Gene Brooks on drums. Wright helped create a new sound that turned radio, the recording industry, and music on its head. And with Wright's honking saxophone sharing space for the lead, he was nearly as visible a musical presence as anyone on any of Elvis Presley's records from Scotty Moore, Bill Black, and D.J. Fontana on down, his instrument defining the texture and power of rock & roll on records like Why Do Fools Fall in Love and a dozen other Rama and Gee sides.

Near as anyone seems to know about Wright -- who, so far as we know, was never interviewed or profiled -- he was born in the late '20s, and started out in music in the '40s, conversant in jump blues, R&B, and jazz styles. And by his mid-twenties, during the first half of the '50s, he was leading his own group in New York City. And at some point he started getting hired by George Goldner, a record producer and the founder/owner of Rama Records and various offshoot and successor labels. And for a long time, in addition to leading the band, Wright was the de facto arranger and music director on a lot of the resulting recording sessions, in effect playing a similar role at Rama and its related labels to the one that Willie Dixon played at Chess Records in Chicago. Wright and his band showed up on practically every rock & roll session ever cut for Rama or Gee Records and gave the resulting music its drive. The sound that he and his band got was particularly compelling, a mix of elements embracing components of big-band swing, jump blues, old-style R&B, and road house raunch, all carefully balanced depending upon the song -- his sax could be quietly elegant, even gently lyrical, or honk like the grossest strip joint accompaniment ever committed to record. They were all just local jazz men making extra money on the side, usually for an afternoon when they wouldn't otherwise be engaged, playing those sessions; and part of the knack he brought to a session was a good sense for what songs worked best in which styles. Wright usually decided whether a ballad brought in by a group was better as a jump number or vice versa, often working from the most rudimentary material and building the song from scratch as far as written annotation. The collaboration between Wright and the Teenagers featuring Frankie Lymon was especially productive. The group never had more success in the studio than when Wright and his band were playing behind them, and it was when they stopped getting that kind of support that the group's sound softened and declined. With all due respect, the Panama Francis Orchestra, who succeeded Wright's group on later sessions, could never match the lean, lithe texture of Wright's band or the spontaneity of those early Teenagers sessions -- check out Why Do Fools Fall in Love, the first song they cut; the arrangement is all Wright's, and the sound belongs to his band as much as it does to Lymon, Santiago, Merchant, Garnes, and Negroni on the vocals; and amid all of the activity in that one record, dig the little quotation from Roy Eldridge's Drum Boogie on the guitar during the quieter moments on the record. It was also Jimmy Wright, according to Grendysa, who suggested a change in name for the group, from "the Premiers" (which is how they arrived at that first session late in 1955) to the Teenagers. Wright and his band cut a few singles on their own for Gee and Rama, but not enough, alas, to build a full LP or CD around. 2:20 A.M., released on Rama late in 1955, is a staggering tenor sax and guitar showcase, three minutes of sharp, piercing, wailing, yet lyrical blues, while its B-side, Move Over, is a frantic workout showcasing the bandleader, who is seemingly in a race with his drummer to see who can trip the other up with the quicker tempo, and the guitar coming in to try and nail them both about one minute in.

The beauty of Wright and his band was that they could cut two sides like that in probably under 30 minutes of studio time, sandwiched in between sessions for Valli Hinton the Pretenders, all doing softer R&B that came out just as well, or giving the Four Chaps' pop vocal version of Roll Over Beethoven what snap it did have, and then getting the late Mabel King into a hot groove for Alabama Rock 'n Roll. More's the pity that we don't know exactly who was playing guitar, bass, or piano on a lot of those sessions. None of the group's own singles did especially well -- the public in those days wanted singers, not instrumentalists, whatever their quality -- but Wright was heard on so many Rama and Gee sides, that he and his band were practically the soul of the label; and they got heard, if not exactly known by name. Wright also cut sides at Hy Weiss' Old Town Records, providing the backing for legendary R&B pianist/singer Bob Gaddy, among other artists. A judicious selection of the right Gee, Rama, and Old Town sides could even yield a killer tribute record to Wright, whose fate after the '70s seems to be a mystery. Jimmy Wright's principal recognized legacy as a performer or bandleader rests in the context of music director for Goldner's labels, and leader-soloist on Lymon's records in particular -- great as those sides are, he deserved (and deserves) better. ~ Bruce Eder, Rovi 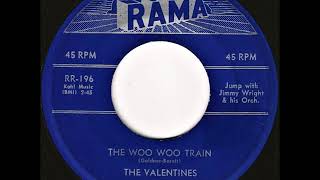 The Valentines- The Woo Woo Train (with Jimmy Wright & his Orch.) 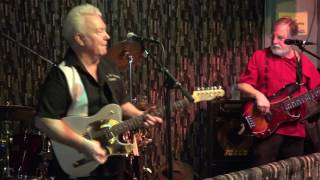 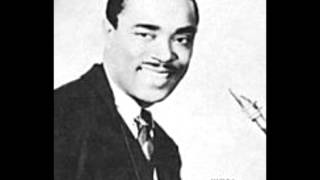 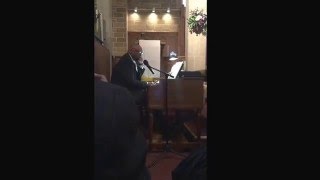 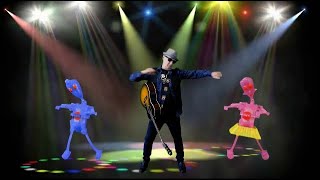 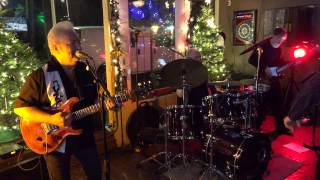 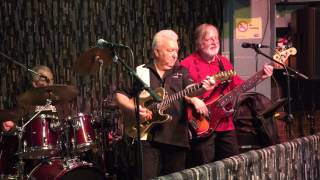