Close
Blue Öyster Cult
from Stony Brook, NY
formed January 1, 1967 (age 53)
Biography
Since releasing their self-titled 1972 Columbia debut, Blue Öyster Cult have been called everything from the thinking man's heavy metal group to an occult rock band to the first pop/heavy metal act. They have sold more than 25 million records, and they released a handful of singles during the '70s that became classic rock radio standards, among them "Don't Fear the Reaper," "Burnin' for You," and "Godzilla." Lyrics that crisscrossed science fiction, the occult, and horror films; their layered, three-guitar attack; expansive vocal harmonies; and almost inimitable balance between crunchy riffs and infectious hooks resulted in the most listenable metal of the '70s. Their third album, 1974's gold-certified Secret Treaties, established them as mainstays on FM radio, and they were enshrined as arena rock headliners worldwide with 1975's double-live On Your Feet or On Your Knees, 1976's platinum-certified Agents of Fortune, and 1978's platinum live outing Some Enchanted Evening. The hits dried up only in the early '80s, after their 1981 gold album Fire of Unknown Origin and its smash single "Burnin' for You." BOC's lineup fragmented during the late '80s, leaving the creative core of Donald Roeser (aka "Buck Dharma") and lead vocalist/guitarist/keyboardist Eric Bloom at the helm of its revolving cast of players. There were only two studio outings during the '90s, with 2001's Curse of the Hidden Mirror their last studio date for two decades before the 2020 release of The Symbol Remains.

The group was assembled as Soft White Underbelly in a communal house at Stony Brook University on Long Island. Rock critic and poet Sandy Pearlman overheard a jam session involving his fellow classmate Donald Roeser and friends. Impressed by what he'd heard, Pearlman offered to manage their group and become a creative partner and lyricist. The original lineup consisted of guitarist Roeser, drummer Albert Bouchard, keyboardist/guitarist Allen Lanier, singers Jeff Kagel (aka Krishna Das) and Les Bronstein, and bassist Andrew Winters. Pearlman's vision for the group was to make them the American equivalent of Black Sabbath. He was tireless in his efforts. He got Soft White Underbelly paying gigs and eventually scored them a recording contract with Elektra. His strange, arcane poetry provided the lyrics for many of their songs, while he also enlisted another classmate, writer Richard Meltzer, to write lyrics. Initially without a lead singer, they added Les Bronstein on vocals. This quintet signed to Elektra Records and recorded an album that was never released (the band had dropped Bronstein and replaced him with Eric Bloom, their road manager and sound engineer). Pearlman changed their name to Oaxaca and then Stalk-Forrest Group. As the latter they cut a second Elektra album that also went unreleased, though the single "What Is Quicksand?"/"Arthur Comics" was issued in 1970. Cut loose by Elektra, they changed their name again, this time to Blue Öyster Cult. Thanks to Pearlman's tireless energy and canny pitching skills, he badgered Clive Davis with demos and live tapes until he signed them to Columbia Records in late 1971. The lineup on their 1972 self-titled label debut included Roeser, Bloom, Lanier, and Albert and Joe Bouchard. Buoyed by radio play on the East Coast, the record reached the lower rungs of the charts. Columbia sent a promotional EP, Live Bootleg, to radio stations in October, and followed with BÖC's second album, Tyranny Mutation, in February 1973, with the singles "Hot Rails to Hell," and future concert classics such as "OD'ed on Life Itself," and "7 Screaming Dizbusters." Another song on the album, "Baby Ice Dog," featured lyrics by Patti Smith. Their third album, Secret Treaties, was released in April 1974 and became their first to break into the Top 100 on its way to being certified gold. Its single "Career of Evil" also featured lyrics by Smith. They toured with Britain's Wishbone Ash, who jumped ship after a slew of dates due to BÖC's incendiary live show and careening lights and faux-occult/sci-fi imagery.

Given the acclaim of their concerts, which were raved about by rock critics, media personalities, and disc jockeys, Pearlman convinced Columbia to release the live double-album On Your Feet or on Your Knees in February of 1975; the set was certified gold and reached number 22 on the Top 200. BÖC was well established as a top-tier recording and touring act. They achieved a global breakthrough with 1976's Agents of Fortune, their fourth album. It included the Top 10 hit single "(Don't Fear) The Reaper" (featured in director John Carpenter's seminal horror film Halloween), which was certified platinum and peaked inside the Top 30. Smith contributed vocals to the track "The Revenge of Vera Gemini," one of two she co-wrote with Albert Bouchard. Jazz duo the Brecker Brothers also contributed horns to several cuts.

Spectres, the band's sixth overall album, was issued in October 1977. Led by "Godzilla," a tongue-in-cheek tribute to the popular movie monster of the same name, it didn't chart but did become an early concert favorite and later a sleeper hit. Despite peaking just outside the Top 40, the album was certified gold in January of 1978. That September, the live album Some Enchanted Evening netted the band their second million-seller, and was followed by the studio album Mirrors in June 1979. That set peaked at 43 and featured the track "The Great Sun Jester," co-written by Bloom and science fiction/fantasy author Michael Moorcock (already well known to rock audiences for his appearances with Hawkwind). Mirrors marked the band's first outing without either production or songwriting credits from Pearlman (he had been busy the previous year producing the Clash's second long-player Give 'Em Enough Rope and other projects). In 1980, BÖC released Cultosaurus Erectus. It charted well inside the Top 40 as the band sold out arenas across the globe. That same year they accompanied Black Sabbath on the co-headlining Black and Blue tour.

The band returned to gold-selling status in the summer of 1981 with Fire of Unknown Origin, thanks in large part to the Top 20 hit single "Burnin' for You." With producer Martin Birch they had been recording songs for inclusion in the animated film Heavy Metal, but none were used save for "Veteran of the Psychic Wars" (ironically not written for the film), co-written by Bloom and Moorcock. The title track featured lyrics from Smith -- by this time a gold-certified recording artist in her own right -- while Meltzer and Pearlman also contributed lyrics.

In the summer of 1981, drummer Albert Bouchard was replaced by the band's tour manager and lighting designer Rick Downey. BÖC's third live album, Extraterrestrial Live, was released in April 1982. With Pearlman returning as producer, the show included set staples and a cover of the Doors' "Roadhouse Blues" with a guest appearance by Doors' guitarist Robby Krieger. Released as a single, it peaked at 24, while the album reached number 29 in the U.S. In October of 1983, BÖC released the studio outing The Revolution by Night, produced by Birch. While it contained the chart-topping single "Burnin' for You," the album only reached number 93, their worst showing in a decade -- that said, it didn't hurt their touring revenues a bit. Downey left in 1984 and was replaced in 1985 by Jimmy Wilcox. The same year, Lanier left temporarily and was replaced by Tommy Zvoncheck. BÖC released its 13th album, Club Ninja, in January 1986. Produced by Pearlman, the set fared better commercially. It peaked at 63 and included songs co-written with science fiction author Eric Van Lustbader and poet/rocker Jim Carroll. Bassist Joe Bouchard left after its release and was replaced by Jon Rogers. In 1987, Lanier returned to the group, and Ron Riddle replaced Wilcox on drums. BÖC's 14th album, the concept recording Imaginos, became their final studio album for Columbia Records in 1988. Its concept and characters were based on The Soft Doctrines of Imaginos, a collection of poems and scripts penned by Pearlman as a college student during the mid-'60s. He combined historical and cultural references from elements of gothic literature, conspiracy theory, and speculative fiction, and developed a secret history about the origins of both world wars. It was initially deemed a collaboration between Pearlman and Albert Bouchard as the first of a trilogy of solo albums by the keyboardist, but was abandoned when he left the group. It took a total of eight years to complete, and was the final BÖC album to chart, reaching 122 on the albums list. Their world tour was sold out.

BÖC scored the movie Bad Channels in 1992, by which time Chuck Burgi had replaced Ron Riddle on drums. In 1994, Blue Öyster Cult released Cult Classic, an album of re-recorded favorites, in connection with the use of their music in the TV mini-series of horror novelist Stephen King's The Stand. Numerous lineup changes ensued throughout the '90s (as the band kept on touring the world) and in 1995, were the subject of a double-disc Columbia anthology, Workshop of the Telescopes.

By the late '90s, BÖC had signed with the CMC label, resulting in their first album of all-new studio material in ten years, 1998's Heaven Forbid, and three years later The Curse of the Hidden Mirror. The group's music reached a whole new generation of hard rock fans when Metallica covered the BÖC classic "Astronomy" for their best-selling Garage Inc. album in 1998, and a few other best-of collections surfaced around the same time -- Super Hits and Don't Fear the Reaper: The Best Of. In 2001, Columbia/Legacy reissued BÖC's first four releases with newly remastered sound and added bonus tracks, while Rhino issued St. Cecilia: The Elektra Recordings made by the Stalk-Forrest Group. The Roeser/Bloom BÖC continued to tour and release live records. In 2012 Sony Legacy released the box set The Complete Columbia Albums Collectiön. In 2017 and 2018, respectively, they released two numbered archival volumes entitled Rarities.

At the beginning of 2020, BÖC re-released their CMC studio outings -- Heaven Forbid and Curse of the Hidden Mirror -- as well four live records including 40th Anniversary Agents of Fortune: Live 2016 and 45th Anniversary Live in London. The latter served as a precursor to the announcement that the band had signed to Frontiers Music to issue their first new studio material in 19 years. The Symbol Remains was released in October. Its title was derived from a lyric in "Shadow of California" off The Revolution by Night. Planned for years, recording was initially delayed by Lanier's death in 2013 and then again upon Pearlman's passing in 2016. Co-produced by Roeser, Bloom, and new vocalist/multi-instrumentalist Richie Castellano, the lineup also included new members Danny Miranda on bass and Jules Radino on drums, and featured a guest appearance from Albert Bouchard on the opening track "That Was Me." Its track list included a songwriting appearance from Meltzer, as well as several selections with lyrics by science fiction author John Shirley. ~ William Ruhlmann & Thom Jurek, Rovi 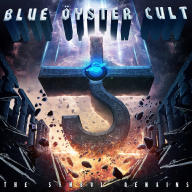 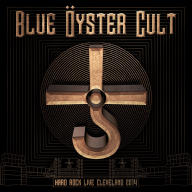 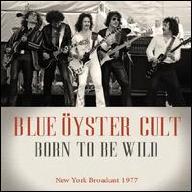 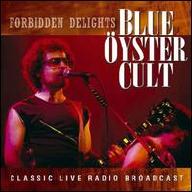 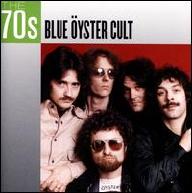 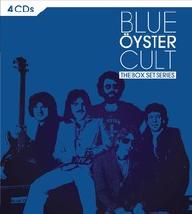 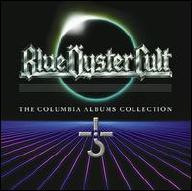 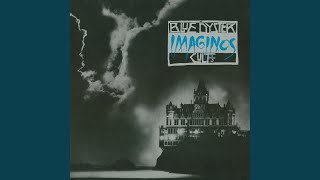 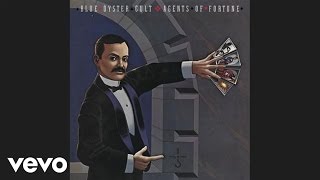 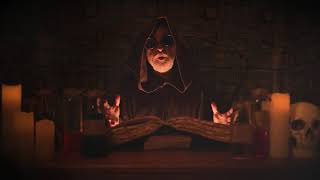 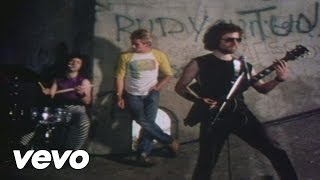 Blue Oyster Cult - Burnin' For You 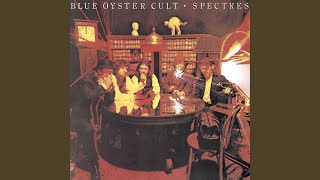 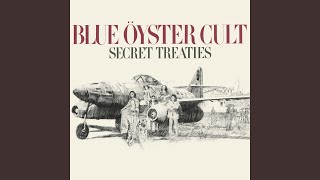 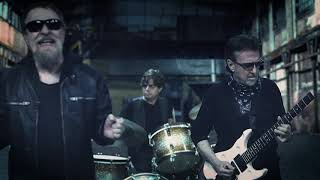