Close
The Art Ensemble of Chicago
from Chicago, IL
formed January 1, 1966 (age 55)
Biography
Originally comprised of saxophonists Roscoe Mitchell and Joseph Jarman, trumpeter Lester Bowie, bassist Malachi Favors, and later, drummer Famoudou Don Moye, the Art Ensemble of Chicago enjoy a critical reputation as most influential avant-garde jazz ensemble of the 1970s and '80s. During the late '60s and early '70s, the Art Ensemble helped pioneer the fusion of jazz with European art music and indigenous African folk styles. The band also combined music from sanctified church services, minstrel shows, and bawdy houses of late 19th and early 20th century America -- with a modernist spirit and lively stage show that involved face paint and costumes as well as literally hundreds of musical instruments. A pronounced theatrical element was essential to their work. Its members attained a measure of jazz stardom on their own -- particularly Bowie and, to a lesser extent, Mitchell -- but in the Art Ensemble, no single player was greater than the whole. Whether it was 1968's People in Sorrow or Les Stances a Sophie with Fontella Bass, the group's profound groundbreaking recordings for ECM in the '80s and '90s, or with DIW in the new century, the Art Ensemble grew in stature and influence as ambassadors of avant jazz; all of its members were savvy composers and improvisers.

The group grew out of the Roscoe Mitchell Art Ensemble of the mid-'60s, which had in turn grown out of Chicago pianist Muhal Richard Abrams' Experimental Band of the early '60s. The latter was a rehearsal band, created for the purpose of playing scores written by many of the city's forward-thinking young African American jazz composers. It attracted, among others, Mitchell, Jarman, and Favors. The two saxophonists had both served in the military, though not together; they met while students at Wilson Junior College. Favors had been an established member of the Chicago jazz scene since the '50s. All three were early members of the Association for the Advancement of Creative Musicians (AACM), a collective organized by Abrams and several like-minded fellow musicians. Lester Bowie moved to Chicago from St. Louis in 1966. Within days of arriving, he began rehearsing with Mitchell. In 1966, the Roscoe Mitchell Sextet (with Bowie and Favors) recorded Sound, the first album to come out of the AACM. In August 1967, Bowie recorded Numbers 12 for Delmark; on "2," the four musicians who would become the Art Ensemble recorded together for the first time. As the Roscoe Mitchell Art Ensemble, the band performed sans drummer for the next two years. In 1969 the band moved to Paris, where they met and hired "Sun Percussionist" Don Moye, who had come to Europe from Detroit with trumpeter Charles Moore's band. Renamed the Art Ensemble of Chicago, the group had a great deal of success in Europe, recording classic albums like Reese and the Smooth Ones (BYG) and People in Sorrow (Nessa). They moved back to Chicago in 1971; their 1972 homecoming concert was recorded and issued as Live at Mandel Hall (Delmark).

The band's renown grew in the '70s. In 1978 they formed their own label, AECO, which released solo recordings by Jarman, Moye, and Favors. The group recorded for ECM in the late '70s and early '80s, making a series of critically acclaimed albums, including Nice Guys, Full Force, Urban Bushmen, and The Third Decade. The band won a series of critic's polls and was considered by many to be the finest jazz ensemble in the world. In the latter half of the '80s, a general decline in critical enthusiasm for the avant-garde resulted in less attention being paid to bands like the Art Ensemble. Side projects by individual bandmembers also seem to have had an effect on the band's vitality. Still, it continued to exist, concertizing and recording through the '90s, occasionally with guests and supplementary musicians. Jarman left the band in 1993 in order to devote himself full-time to spiritual matters. The band continued as a quartet. Bowie was stricken with liver cancer; for the band's June 1999 concert at the Boston Globe Jazz and Blues Festival, he was replaced by saxophonist Ari Brown. Bowie died in November of 1999. For its first concert following Bowie's death, a January 2000 date at the New Jersey Performing Arts Center in Newark, the Art Ensemble performed as a trio. Although its remaining members were still capable of creating at a very high level, by the turn of the millennium, the Art Ensemble's future seemed in doubt. That said, the AEC continued to perform and record together, issuing Live in Milano in 2001 and Zero Sun No Point: Dedication to Mynona Sun Ra with Hartmut Geerken in 2002. Four albums were issued during the fateful year of 2003, including The Meeting on Pi Recordings, Tribute to Lester on ECM, Urban Magic on Musica Jazz and Reunion on Il Manifesto. But tragedy struck again when Favors passed away. In September of 2004, Sirius Calling (on Pi) offered the final studio recordings of the AEC with the bassist. Jaribu Shahid took over the chair for 2006's Non-Cognitive Aspects of the City: Live at Iridium. From then on, the Art Ensemble performed live only rarely given its members demanding schedules, and released only archival recordings. Jarman, a longtime Buddhist priest, eventually retired.

In October of 2017, Moye and Mitchell celebrated the AEC's 50th anniversary with a series of concerts at London's Cafe OTO with bassist Junius Paul and trumpeter Hugh Ragin; the second night the ensemble expanded to include cellist Tomeka Reid, double bassist Silvia Bolognesi, and violinist/vocalist Mazz Swift. The following year, at the 22nd annual Edgefest in Ann Arbor, the Art Ensemble's two remaining members performed for two evenings. One night featured them in the presence of Detroit friends, while the second evening placed them center stage in a 14-piece group that included Reid, Shahid (in addition to Paul and Bolognesi), and flutist Nicole Mitchell. In November, ECM released the limited-edition 21-disc box, The Art Ensemble of Chicago and Associated Ensembles. It featured the band's entire recorded output for the label as well as its individual members' solo dates and other AACM-associated recordings from Leo Smith and Jack DeJohnette. ~ Chris Kelsey, Rovi 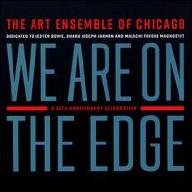 We Are On the Edge: A 50th Anniversary Celebration
2019 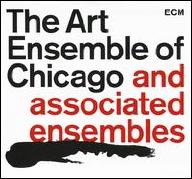 The Art Ensemble of Chicago and Associated Ensembles
2018 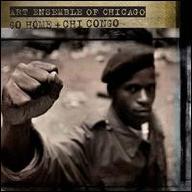 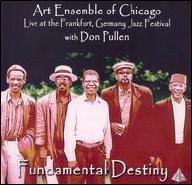 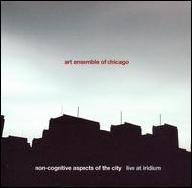 Non-Cognitive Aspects of the City: Live at Iridium
2006 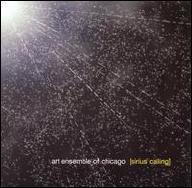 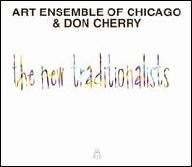 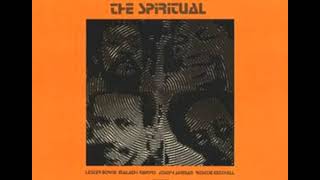 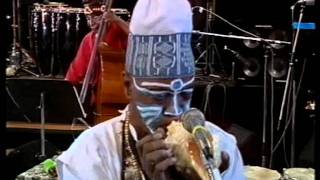 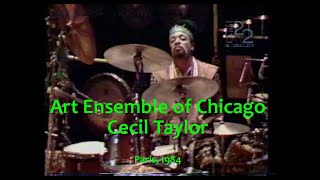 Ohnedaruth - The Art Ensemble of Chicago 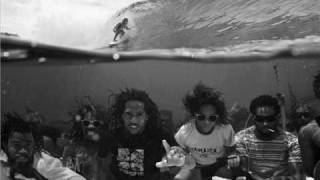 Art Ensemble of Chicago - No Woman No Cry 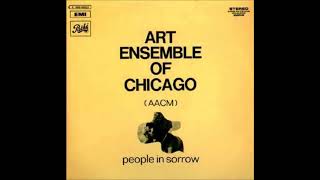 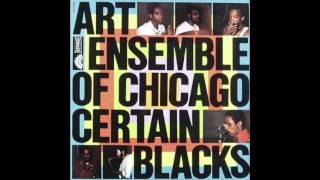