Close
The Stooges
from Ann Arbor, MI
formed January 1, 1967 (age 54)
Biography
During the psychedelic haze of the late '60s, the grimy, noisy, and relentlessly bleak rock & roll of the Stooges was conspicuously out of place. Like the Velvet Underground, the Stooges revealed the underside of sex, drugs, and rock & roll, showing all the grime beneath the myth. The Stooges, however, weren't nearly as cerebral as the Velvets. Taking their cue from the over-amplified pounding of British blues, the primal raunch of American garage rock, and the psychedelic rock (as well as the audience-baiting) of the Doors, the Stooges were raw, immediate, and vulgar. Iggy Pop became notorious for performing smeared in blood or peanut butter and diving into the audience. Ron and Scott Asheton formed a ridiculously primitive rhythm section, pounding out chords with no finesse; in essence, the Stooges were the first rock & roll band completely stripped of the swinging beat that epitomized R&B and early rock & roll. During the late '60s and early '70s, the group was an underground sensation, yet the band was too weird, and too dangerous, to break into the mainstream. Following three albums, the Stooges disbanded, but the group's legacy grew over the next two decades as legions of underground bands used their sludgy grind as a foundation for a variety of indie rock styles, and as Iggy Pop became a pop culture icon.

After playing in several local bands in Ann Arbor, Michigan, including the blues band the Prime Movers and the Iguanas, Iggy Pop (born James Osterberg) formed the Stooges in 1967 after witnessing a Doors concert on the University of Michigan campus. Adopting the name Iggy Stooge, he rounded up brothers Ron and Scott Asheton (guitar and drums, respectively) and bassist Dave Alexander, and the group debuted at a house party in 1967. For the next year, they played the Midwest relentlessly, earning a reputation for wild, primitive performances, which were largely reviled. In particular, Iggy gained attention for his bizarre on-stage behavior. Performing shirtless, he would smear steaks and peanut butter on his body, cut himself with glass, and dive into the audience. The Stooges were infamous, not famous -- while they had a rabidly devoted core audience, even more people detested their shock tactics. Nevertheless, the group lucked into a major-label record contract in 1968 when an Elektra talent scout went to Detroit to see the MC5 and wound up signing their opening act, the Stooges, as well.

Produced by John Cale, the Stooges' primitive eponymous debut was released in 1969, and while it generated some attention in the underground press, it barely sold any copies. During the recording of the Stooges' second album, members of the band were introduced to heroin, which quickly took a heavy toll on them. As the Stooges prepared to release their sophomore album, every member sank deeper into substance abuse (except for Ron Asheton, who became increasingly frustrated with his bandmates as instruments and gear were pawned to pay for drugs), and their excess eventually surfaced in their concerts, not only by Iggy's antics, but also in the fact that the band could barely keep a simple, two-chord riff afloat. Fun House, an atonal barrage of avant-noise, appeared in 1970 and, if it was even noticed, earned generally negative reviews and sold even fewer copies than the debut, though it was belatedly hailed as a masterpiece. Following the commercial failure of Fun House, the Stooges essentially disintegrated as Iggy sank deep into heroin addiction. At first, he did try to keep the Stooges afloat. Dave Alexander was fired after a lackluster performance at the 1970 Goose Lake Rock Festival, and Zeke Zettner took his place. In 1971, a new lineup of the Stooges emerged, with Ron Asheton and Bill Cheatham sharing duties on guitar, Zettner on bass, Scott Asheton on drums, and Iggy on vocals. Several months later, Cheatham and Zettner quit the band, and James Williamson became the new Stooges guitarist, while Jimmy Recca joined as bassist. While live recordings exist of the Asheton/Williamson lineup, they never went into the studio, and for a spell the Stooges went dormant.

Early in 1972, Pop happened to run into David Bowie, then at the height of his Ziggy Stardust popularity and an avowed Stooges fan. Bowie made it his mission to resuscitate Iggy the Stooges, as the band was then billed. Iggy and Williamson were signed to a management deal with MainMan, the firm guiding Bowie's career, and the new edition of the band scored a deal with Columbia Records. Temporarily based in London and unable to find a suitable rhythm section in the U.K., Iggy and Williamson invited the Asheton brothers to join the new group, with Scott on drums and Ron moved to bass. Iggy produced the third Stooges album, Raw Power, and Bowie handled the mix. Released in 1973 to surprisingly strong reviews, Raw Power had a weird, thin sound due to various technical problems. Although this would be the cause of much controversy later on -- many Stooges purists blamed Bowie for the brittle mix -- its razor-thin audio and fierce attack helped kick-start the punk revolution. At the time, however, Raw Power flopped, essentially bringing the Stooges' career to a halt, with the band's disastrous final gig in Detroit in February 1974 captured on the live album Metallic K.O.

In 1976, Bowie once again came to Iggy's rescue, helping him establish himself as a solo act by producing the albums The Idiot and Lust for Life, and playing keyboards in Iggy's road band. In time, Iggy established an international following as one of rock's great renegades, but the other Stooges didn't fare quite as well. Dave Alexander died of pneumonia in 1975, aggravated by an inflamed pancreas. James Williamson returned to Iggy's circle as a songwriter and producer on the albums New Values (1979) and Soldier (1980), but in the '80s he dropped out of music and began a successful career in electronics. Ron Asheton launched a band called the New Order (no relation to the successful British group), but it didn't fare well and soon split up. In 1981, Ron Asheton was recruited to join New Race, a short-lived side project formed by Radio Birdman guitarist Deniz Tek that also featured MC5 drummer Dennis Thompson and Radio Birdman alumni Rob Younger and Warwick Gilbert. However, the group (as intended) split after a single Australian tour and album. After returning to Michigan, Ron gigged periodically with Destroy All Monsters and Dark Carnival, acted in a handful of low-budget films, and in 1998 he recorded with the ad hoc band Wylde Ratttz, featuring Thurston Moore and Steve Shelley of Sonic Youth, Mark Arm from Mudhoney, and Mike Watt, ex-Minutemen and fIREHOSE. Wylde Ratttz's cover of "TV Eye" appeared on the soundtrack of the film Velvet Goldmine, but the group's album remained unreleased. Following the Stooges breakup, Scott Asheton played with a few local groups in Detroit before joining Sonic's Rendezvous Band in 1974, with Fred Sonic Smith of the MC5, Scott Morgan of the Rationals, and Gary Rasmussen of the Up; the band earned a potent reputation as a live act, but record labels were wary and the group slowly faded out by the end of the decade.

In 2002, Ron Asheton and Scott Asheton joined J Mascis + the Fog for a tour in which they performed a handful of Stooges classics from the group's first two albums. The shows were enthusiastically received, especially in Europe, and word got back to Iggy Pop, who had been talking with Ron Asheton on and off for several years about a possible Stooges reunion. In 2003, Iggy was recording the album Skull Ring, which featured contributions from a number of noteworthy bands, and he decided to add the Stooges to the roster; the Asheton brothers backed Iggy on four cuts (with Ron handling both guitar and bass), and on April 27, 2003, the Stooges played their first concert in 30 years at California's Coachella Festival, with Mike Watt sitting in for the late Dave Alexander. The reunited Stooges began hitting the road on a semi-regular basis for the next three years, playing major festivals in Europe and the United States, and in the fall of 2006 the group entered Electrical Audio Studio in Chicago, Illinois with engineer Steve Albini to record The Weirdness, an album culled from 22 new songs written by Pop and the Ashetons. The Weirdness was released in March 2007, followed by a major world tour.

The Weirdness was greeted with mixed reviews but the accompanying tour was warmly received. Sadly, Ron Asheton was found dead in his Ann Arbor home on January 6, 2009.

By May of that year, Iggy began talking about continuing the Stooges with Raw Power-era guitarist James Williamson replacing Ron. In November of 2009, this newly revamped Stooges debuted, and they kept going strong into the new millennium, beginning with their 2010 induction into the Rock & Roll Hall of Fame, running through a deluxe 2010 reissue of Raw Power, and continuing into 2013, when the Williamson-fueled Stooges released a new album called Ready to Die in April. Scott Asheton played on Ready to Die, but he soon dropped out of the Stooges' touring lineup due to health problems, with Toby Dammit (aka Larry Mullins) taking over on drums. Sadly, Ready to Die would be Scott Asheton's last hurrah; he died on March 15, 2014. 2020 brought a remarkable archaeological find for Stooges fans -- a stereo soundboard recording of the band's full set at the Goose Lake International Music Festival in 1970, performing the Fun House album in full. Third Man Records gave the recording an official release as Live at Goose Lake, August 8th, 1970. ~ Stephen Thomas Erlewine & Mark Deming, Rovi 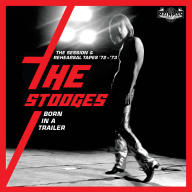 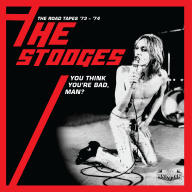 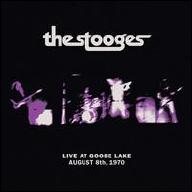 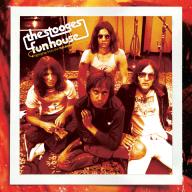 Highlights From the Funhouse Sessions
2017 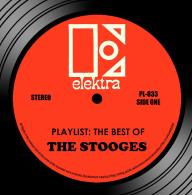 Playlist: The Best of the Stooges
2016 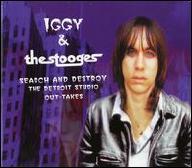 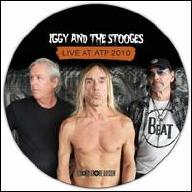 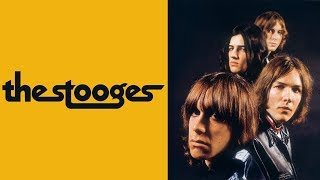 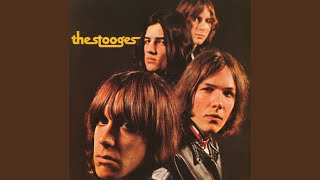 I Wanna Be Your Dog 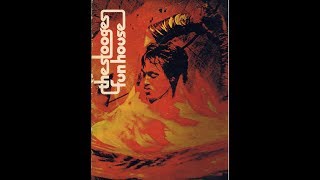 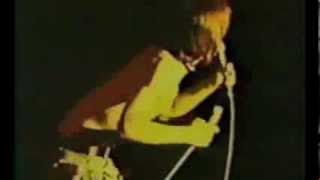 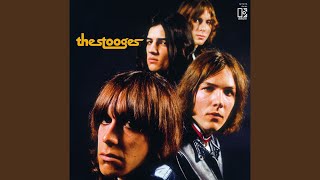 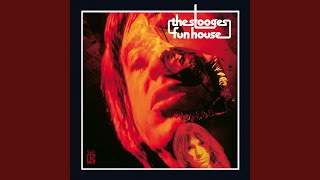 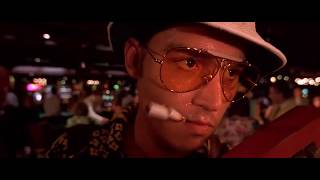 The Stooges - Down on the Street (Fear and Loathing in Las Vegas)
Available here: