Close
Gerry & the Pacemakers
from Liverpool, England
formed January 1, 1959 (age 62)
Biography
In the early days of the British Invasion of the '60s, when every band from the U.K. making their American debut was judged by how similar they were to the Beatles, Gerry the Pacemakers had a leg up on the competition. They came from the same Merseyside music scene that produced the Fab Four, they played the same venues and even shared bills with them, they were managed by Brian Epstein, and their first hit, "How Do You Do It," nearly became the Beatles' Parlophone debut. The group's style was lighter and less idiosyncratic than the Beatles; they leaned more toward pop than rhythm & blues while sounding tight and buoyant, and frontman Gerry Marsden was a tuneful vocalist who could engage audiences with upbeat numbers like "How Do You Do It" and "I Like It" while also sounding credible on more soulful material such as "Ferry Cross the Mersey" and "Don't Let the Sun Catch You Crying." Of their original albums, 1964's Don't Let the Sun Catch You Crying is the most satisfying, featuring several of their best originals and a handful of solid cover tunes, while 2008's four-disc box set You'll Never Walk Alone: The EMI Years 1963-1966 is a definitive study of the band's glory days, and 2003's Essential is a more succinct but still thorough collection of hits and fan favorites.

Gerry the Pacemakers were formed in Liverpool, England in 1959 by vocalist and guitarist Gerry Marsden and his older brother, drummer Fred Marsden, with Arthur Mack on piano and Les Chadwick on bass. Initially, the band was known as Gerry Marsden the Mars Bars, but as their name began to be known outside their native Liverpool, the candy company objected to their using the name of their signature product, and the group became Gerry the Pacemakers. The band's energetic live show made them a popular attraction at Merseyside music venues, and when local promoters began arranging for British groups to play extended bookings in Germany, Gerry the Pacemakers were tapped to play in Hamburg, much like their Liverpool rivals the Beatles. In 1961, Arthur Mack left the band, and Les Maguire took over on piano.

As the Beatles began to break out of the Mersey music scene to become one of the U.K.'s most popular acts, their manager, Brian Epstein, began signing other groups to his roster, and Gerry the Pacemakers became his second clients. Since the Beatles were already scoring hits for EMI's Parlophone label, Epstein had no trouble persuading EMI to take a chance on his new group, and they struck a deal with EMI's Columbia imprint (no relation to the successful American label of the same name). In March 1963, Columbia released the debut single from Gerry the Pacemakers, "How Do You Do It," a tune written by Mitch Murray that had been offered to the Beatles, though they opted to record an original, "Love Me Do," instead. Produced by George Martin, "How Do You Do It" proved its hit potential when Gerry the Pacemakers' version went all the way to number one on the British charts. They issued two more U.K. singles in 1963, "I Like It" and "You'll Never Walk Alone," both of which also topped the British singles chart.

In 1964, Gerry the Pacemakers continued to chart big in England, with "I'm the One" topping out at number two early in the year, and they broke through in the United States in May of that year, when Laurie Records issued "Don't Let the Sun Catch You Crying"; it went to number four on the U.S. pop charts. Laurie promptly reissued "How Do You Do It" and "I Like It" Stateside, and both made the Top 20. In December 1964, Gerry the Pacemakers added film stardom to their résumé; they played themselves in their own movie, Ferry Cross the Mersey, as well as appearing in the concert film The T.A.M.I. Show, which also featured James Brown, the Rolling Stones, Marvin Gaye, the Beach Boys, and Chuck Berry (who played a couple of tunes with the Pacemakers). The "Ferry Cross the Mersey" single was put out by Laurie in early 1965 to coincide with the movie's American release. Laurie's release schedule for the group was more aggressive than Columbia's in the U.K.; by the end of 1965, Laurie had four Pacemakers albums in shops (Don't Let the Sun Catch You Crying, Gerry the Pacemakers Second Album, I'll Be There, and Gerry the Pacemakers Greatest Hits) compared to Columbia's two (How Do You Like It and Ferry Cross the Mersey, the latter of which appeared on United Artists Records in the United States).

The successes of 1963 and 1964 began to fade in 1965; while the "Ferry Cross the Mersey" single rose to number eight in the U.K., it would be their last Top Ten hit at home, and in November 1965, "Walk Hand in Hand" became their last British chart hit at number 29. In the United States, "Girl on a Swing" made it to number 28 on the pop chart, but it came and went without much notice in the U.K., and it was their last chart entry in America. While they continued to tour, the band's busy schedule and their diminishing returns were taking their toll, and in 1967, Gerry the Pacemakers broke up. By this time, fans of the Liverpool Football Club had adopted their version of "You'll Never Walk Alone" as the team's unofficial anthem, and decades after the fact, it was the group's most famous track in the U.K. and Europe.

After the breakup of the Pacemakers, Gerry Marsden continued as a solo artist, performing regularly in England, and played a recurring role on the British children's TV series The Sooty Show. In 1972, he assembled a new edition of Gerry the Pacemakers; he was the only member of the original group to return (the rest had dropped out of music as a career), and his new sidemen were Pete Clarke, Billy Kinsley, and Jose McLaughlin. While a number of musicians would move in and out of the band in the years to follow, Marsden continued to tour regularly in England, Europe, and the United States, where they were consistently successful on the oldies circuit. In 1993, Marsden published an autobiography, I'll Never Walk Alone, which became the basis of a stage musical titled Ferry Cross the Mersey. Drummer Fred Marsden died on December 9, 2006 at the age of 66, and bassist Les Chadwick passed on December 26, 2019 at the age of 76. Gerry Marsden retired from performing in 2018, though in 2020 he issued a live recording of "You'll Never Walk Alone" at a fundraiser for medical charities dealing with the COVID-19 pandemic. He died on January 3, 2020 after a brief illness at the age of 78. ~ Mark Deming, Rovi 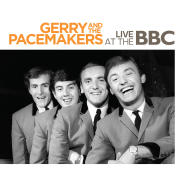 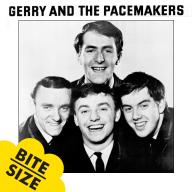 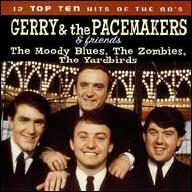 The Best of the British Invasion
2009 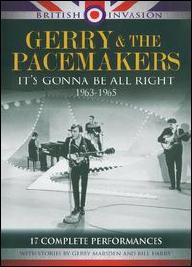 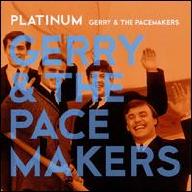 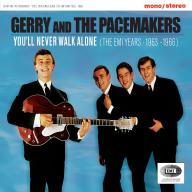 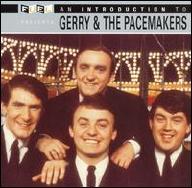 An Introduction to Gerry & the Pacemakers
2007
Videos
Close 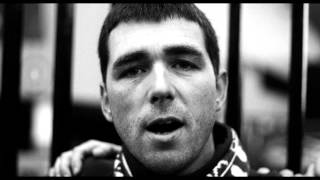 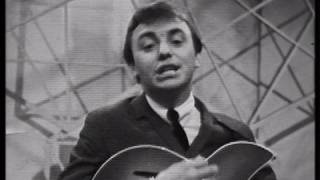 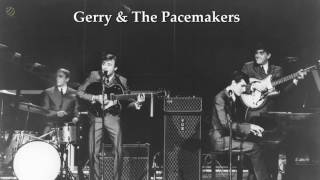 The very best of Gerry & The Pacemakers 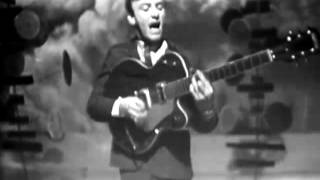 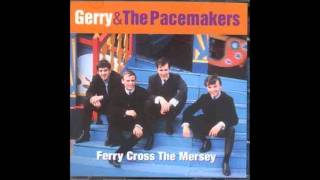 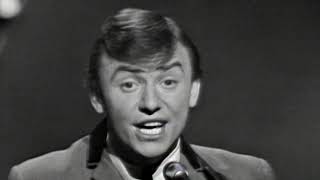 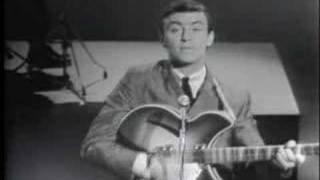 Gerry & The Pacemakers - I'll be there
Available here: