Close
The Dillards
from Salem, MO
formed January 1, 1962 (age 59)
Biography
One of the leading lights of progressive bluegrass in the 1960s, the Dillards played a major part in modernizing and popularizing the sound of bluegrass, and were also an underappreciated influence on country-rock. While many fans first learned about the group from their regular appearances playing acoustically on The Andy Griffith Show, they were among the first traditional groups to electrify their sound and became an influence on artists like the Byrds, Eagles, and Elton John, with whom they later toured. Though widespread commercial success evaded them, their pioneering late-'60s albums for Elektra -- particularly Wheatstraw Suite -- received critical acclaim. The Dillards did place a single on the pop charts with 1971's "It's About Time," and various lineups of the group remained active throughout the remainder of the '70s. A Dillards revival began in the late '80s and yielded a pair of studio albums including 1992's Take Me Along for the Ride, though the members more or less carried on with their own projects up until the death of founding member Doug Dillard in 2012. In tribute to their combined legacy, his brother Rodney released another album, 2020's Old Road New Again, under the Dillards banner.

The two brothers Doug (banjo) and Rodney Dillard (guitar) grew up in Salem, Missouri playing music together. During the late '50s, they appeared often on local radio and performed with several different area bands, including the Hawthorn Brothers, the Lewis Brothers, and the Dixie Ramblers; they also recorded a couple of singles for the St. Louis-based K-Ark label as the Dillard Brothers in 1958. In 1960, they decided to form their own group, recruiting DJ pal Mitch Jayne on bass, as well as mandolin player Dean Webb. Christening themselves the Dillards, the quartet decided to move to Los Angeles in 1962, and were quickly signed to Elektra after being discovered at a gig with the Greenbriar Boys. Not long after, the group landed a recurring role on The Andy Griffith Show, appearing in several episodes over the next few years as a musically inclined hillbilly family called the Darlings.

Meanwhile, the Dillards released their debut album, Back Porch Bluegrass, in 1963, and also teamed up with Glen Campbell and Tut Taylor for the side project the Folkswingers, who went on to release two albums. The Dillards' second album, 1964's concert set Live!!! Almost!!!, captured their controversial move into amplified electric instruments, which was considered heresy by many bluegrass purists; they also began to tour with rock groups, most notably the Byrds. In response to purist criticism, the group followed Live!!! Almost!!! in 1965 with the more traditional Pickin' Fiddlin', which featured co-billing for fiddler Byron Berline. Dissatisfied with the way Elektra was marketing them, the Dillards switched labels to Capitol, but found a similar lack of kindred spirits in the producers they worked with there, and wound up returning to Elektra without releasing an album. Meanwhile, Doug and Rodney were increasingly at odds over the group's creative direction, with Rodney pursuing a more radical break with tradition than Doug. Doug moonlighted in the backing band for ex-Byrd Gene Clark's groundbreaking collaboration with the Gosdin Brothers, and after he and Rodney recorded some material for the Bonnie & Clyde film soundtrack in 1967, he decided to leave the Dillards and strike out on his own.

Doug soon teamed up with Gene Clark as Dillard Clark and recorded some highly regarded material before starting a solo career that remained productive through the '70s. Rodney, meanwhile, replaced his brother with banjoist Herb Pedersen, and the Dillards recorded what many critics regard as their masterwork, Wheatstraw Suite. Released in 1968, the album displayed Rodney's progressive eclecticism in full cry, featuring fuller instrumentation and covers of the Beatles' "I've Just Seen a Face" and Tim Hardin's "Reason to Believe." Though it wasn't a hit, critics and musicians praised its unpredictable mix of bluegrass, country, folk, rock, and pop. Released in 1970, Copperfields took a similarly adventurous approach, and drummer Paul York became an official member of the group. Unfortunately, Elektra was still somewhat mystified by their music, and they parted ways again. Pedersen departed in 1972 to join Byron Berline's band, Country Gazette, and was replaced by Billy Ray Latham; by this time, the Dillards had signed with the smaller Anthem label, where they landed their only charting pop hit, "It's About Time," in 1971. An opening slot on tour with Elton John in 1972 helped Roots Branches become their biggest-selling album to date, but the group subsequently switched over to the Poppy label for their follow-up, 1973's country-rock effort Tribute to the American Duck.

Mitch Jayne left the group in 1974, partly due to hearing loss, and was replaced by new bassist Jeff Gilkinson. It took several years to reconvene for their next album, 1977's The Dillards vs. the Incredible L.A. Time Machine, which was released on Flying Fish. Latham subsequently departed and was replaced by Doug Bounsall, and Herb Pederson also returned for the group's next two albums, 1978's Mountain Rock (after which Paul York retired) and 1979's Decade Waltz. Also in 1979, the group reunited with Doug Dillard and other past members (and relatives) for the Salem, Missouri concert celebration Homecoming and Family Reunion. Following that performance, most of the Dillards left the group. Rodney Dillard and Dean Webb briefly organized a new lineup that featured Joe Villegas, Eddie Ponder, and Peter Grant, but it proved short-lived; Rodney subsequently formed the Rodney Dillard Band and settled in Branson, Missouri.

In 1988, the original Dillards lineup reunited for a series of performances, and interest in the group was rekindled thanks to the publicity surrounding The Andy Griffith Show's 30th anniversary. With new member Steve Cooley later taking Doug Dillard's place, the group cut two new albums for Vanguard, 1990's Let It Fly and 1992's Take Me Along for the Ride. The group reunited several times throughout the '90s for concert performances, and both Doug and Rodney continued to pursue their own ventures. Doug Dillard died in Nashville on May 16, 2012 at the age of 75. Rodney later revived the group when he and his wife Beverly Cotten-Dillard recorded a 2020 album, Old Road New Again, under the Dillards name. Backed by touring musicians, Old Road New Again was loaded with high-profile guests including Sam Bush, Ricky Skaggs, and Eagles members Don Henley and Bernie Leadon. ~ Steve Huey, Rovi 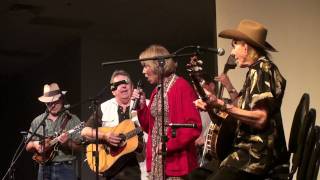 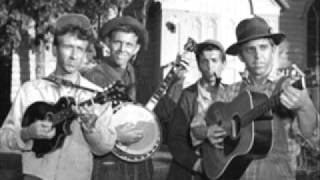 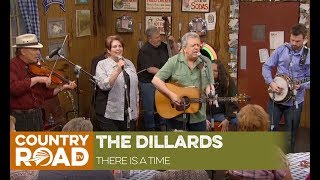 The Dillards sing "There is a Time" 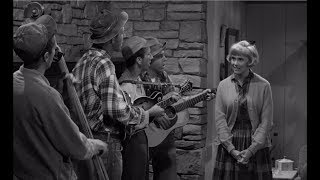 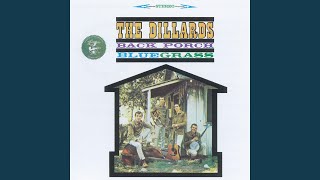