Close
Marianne Faithfull
from Hampstead, London, England
December 29, 1946 (age 74)
Biography
Few stars of the '60s reinvented themselves as successfully as Marianne Faithfull. She began her career as a pop thrush who scored an international hit with her version of "As Tears Go By," which was released well before the Rolling Stones recorded it, and a string of successful singles followed in the U.K. Initially, Faithfull was known as much for her blonde beauty and her relationship with Mick Jagger as she was for her gentle voice and talent as an interpretive vocalist, though she recorded a fine folk album, 1966's North Country Maid, that showed her gifts stretched beyond polished pop. In the late '60s, she stumbled into drug addiction (her experiences would inform the song "Sister Morphine," which she co-wrote with Jagger and Keith Richards), and was little heard until she made a striking comeback with 1979's Broken English, which found her voice rougher and deeper than before but displaying a passion and drama it never had before. The album, edgy yet adult, gave Faithfull a new career, and over the next four decades, she would mix collections of her own material (1981's Dangerous Acquaintances, 1995's A Secret Life) with collections of standards (1987's Strange Weather, 2008's Easy Come Easy Go), interpretations of the work of Kurt Weill (1998's Weill: The Seven Deadly Sins and Other Songs), and collaborations with fans and peers (2005's Before the Poison, which featured songs co-written with Nick Cave, PJ Harvey, and Damon Albarn).

Marianne Faithfull was born in Hampstead, London, England on December 29, 1946. Her father was a British Intelligence officer who also taught Italian literature at London University, and her mother was a distant relative of Leopold von Sacher-Masoch, the notorious author whose work helped define the concepts of sadism and masochism. In her teens, Faithfull took up singing, appearing at folk clubs, and was introduced to the rarefied atmosphere of the music community in London. Faithfull was coaxed into a singing career by Rolling Stones manager Andrew Loog Oldham in 1964 after he spotted her at a party, and she had a big hit in both Britain and the U.S. with her debut single, the Jagger/Richards composition "As Tears Go By" (which prefaced the Stones' own version by a full year). Considerably more successful in her native land than the States, she had a series of hits in the mid-'60s that set her high, fragile voice against delicate orchestral pop arrangements: "Summer Night," "This Little Bird," and Jackie DeShannon's "Come and Stay with Me." Not a songwriter at the outset of her career, she owed much of her status as a '60s icon to her long-running romance with Mick Jagger, although she offered a taste of things to come with her compelling 1969 single "Sister Morphine," which she co-wrote (and which the Stones later released themselves on Sticky Fingers).

In the early '70s, Faithfull split up with Jagger, developed a serious drug habit, and recorded rarely, with often disappointing results. This occurred until late 1979, when she pulled off an astonishing comeback with Broken English. Displaying a weathered, cutting voice that had lowered a good octave since the mid-'60s, Faithfull had also begun to write much of her own material, and addressed sex and despair with wrenching realism. After allowing herself to be framed as a demure chanteuse by songwriters and arrangers throughout most of her career, Faithfull had found her own voice, and suddenly sounded more relevant and contemporary than most of the stars she had rubbed shoulders with in the '60s. Faithfull's recordings in the '80s and '90s were eclectic and generally quite interesting; Strange Weather, a Hal Willner-produced 1987 collection of standards and contemporary compositions that spanned several decades for its sources, was her greatest triumph of the decade. In 1994, she published her self-titled autobiography; the biography As Tears Go By by Mark Hodkinson is an objective and thorough account of her life and times.

Faithfull returned to recording in 2002 with Kissin' Time, an eclectic collection of songwriting collaborations with Beck, Damon Albarn, Billy Corgan, Jon Brion, and Jarvis Cocker, among others. Before the Poison was released in the U.K. in 2004, making its entrance into the U.S. market in early 2005. This album continued in the vein of its predecessor, with songwriting and production contributions from PJ Harvey, Nick Cave the Bad Seeds, Brion, and Albarn, but with far more consistent results. In 2008, Faithfull and Willner released Easy Come Easy Go, an all-new collection of typically eclectic covers from the likes of Morrissey, the Decemberists, Billie Holiday, Black Rebel Motorcycle Club, and Dolly Parton. Faithfull and Willner re-teamed for 2011's Horses and High Heels, a collection of covers and originals recorded at the famed Piety Street studio in New Orleans. The album featured the talents of local musicians, including renowned guitarist John Porter, as well as cameos by Dr. John, Lou Reed, and Wayne Kramer.

In 2012, Faithfull appeared in a production of Kurt Weill's Seven Deadly Sins at the Linz State Theater in Austria, and in 2013 she appeared at the Yoko Ono-curated Meltdown Festival in duet with guitarist Bill Frisell. Faithfull's recording career resumed in late 2013 when she began writing and recording with a host of friends old and new, penning her own lyrics to each song. Some of her collaborators included Brian Eno, Adrian Utley, Roger Waters, Anna Calvi, and Steve Earle. Give My Love to London was released in the fall of 2014. A live album entitled No Exit included tunes from her previous albums as well as career highlights. It was accompanied by a live DVD documenting a 90-minute concert at the Müpa Budapest, with four bonus songs taken from her 50th anniversary performance at London's Roundhouse. No Exit was issued in the fall of 2016. Arriving in 2018, Negative Capability was a mix of covers and original material; the compositions included collaborations with Nick Cave and Mark Lanegan, while she also interpreted tunes by Bob Dylan and the Pretty Things, as well as cutting a new version of "As Tears Go By." ~ Richie Unterberger & Mark Deming, Rovi 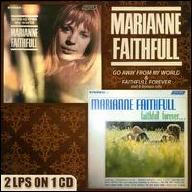 Go Away From My World/Faithfull Forever
2020 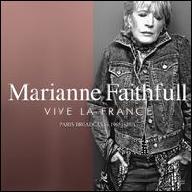 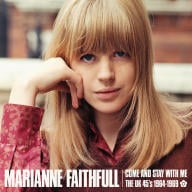 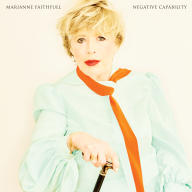 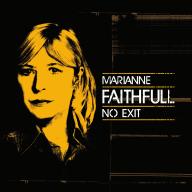 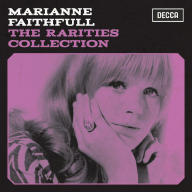 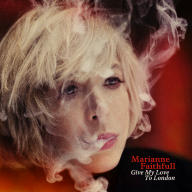 Give My Love To London
2014
Videos
Close 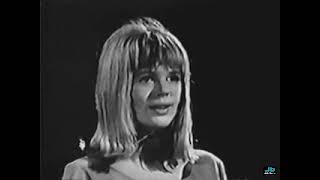 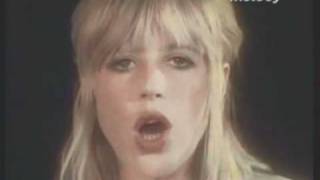 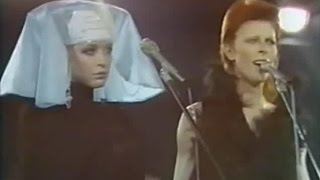 Marianne Faithfull, David Bowie - I Got You Babe 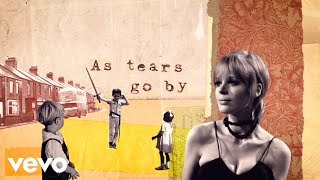 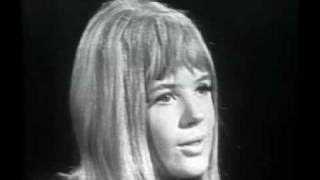 Marianne Faithfull: As Tears Go By 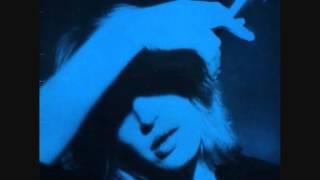 Marianne Faithfull - Why D'ya Do It?
Available here: