Close
The Fleshtones
from Queens, NY
formed January 1, 1976 (age 45)
Biography
The creators and key advocates of their own genre -- super rock -- the Fleshtones have been one of America's greatest rock & roll showbands in a career that began in 1976. While they were often lumped in with the garage rock revival movement, their formula was significantly more complex than their peers. Though '60s garage sounds were a major influence, so were rhythm & blues, soul, hard rock, psychedelic rock, and even disco (the group cited the excitement of a packed dance club as an inspiration for their over-the-top live shows). The band play rock & roll suitable for energetic parties and frenetic dancing, with strong, elemental tunes, musical instrumental work, witty lyrics, and the charismatic vocal style of frontman Peter Zaremba. Their debut album, 1982's Roman Gods, showed their aesthetic was fully formed from the start, 1985's Speed Connection II -- The Final Chapter documented the energy of their live show, 1997's Hitsburg, USA was a set of covers that offered a clear look at their influences, and 2003's Do You Swing? and 2016's The Band Drinks for Free confirmed the band were still in full command of their strengths in the 21st century.

The Fleshtones' story began in early 1976, when two music fans, Keith Streng and Jan Marek Pakulski, were sharing a house in Queens, New York. Previous tenants had left behind some instruments and equipment, so Streng picked up the guitar, Pakulski took up the bass, and they started learning songs. Before long, they were joined by a pair of friends from the neighborhood -- Peter Zaremba on vocals, organ, and harmonica, and Lenny Calderon on drums -- and evolved into a proper band. It didn't take long for the new group to be ready to greet the public, and the Fleshtones played their first show at CBGB in May 1976. They became part of the new underground music scene in New York, regularly appearing at CBGB and Max's Kansas City as well as Club 57, the Pyramid Club, Irving Plaza, and Danceteria. (They also shared a practice space with the Cramps for a while.) The band added a horn section, the Action Combo, in 1978, featuring Gordon Spaeth on alto sax and his brother Brian Spaeth on tenor sax. Brian would only appear with the group occasionally, but Gordon became a full-time member of the Fleshtones until 1988.

The Fleshtones won a following for their energetic, dancefloor-filling live shows, and two of their fans -- Alan Vega of the pioneering synth-punk duo Suicide and Miriam Linna, who played drums with the Cramps and the Zantees -- talked the band up to Marty Thau, owner of the independent label Red Star Records. Red Star signed the Fleshtones, and in 1979 released their debut single, "American Beat" b/w "Critical List." The group recorded an album for Red Star, and appeared on a compilation album, Marty Thau Presents 2x5, which featured a pair of Fleshtones tracks along with contributions from the Student Teachers, the Comateens, the Revelons, and the Bloodless Pharoahs, the latter featuring a pre-Stray Cats Brian Setzer on guitar. However, Red Star was experiencing financial problems that prevented the release of the album, and the Fleshtones nearly broke up in frustration. Clem Burke of Blondie was brought in to play drums on the 2x5 sessions after Lenny Calderon dropped out.

An invitation to play a showcase of New York and New Jersey bands in London, presented by Stiff Records, gave them a second wind, and they recruited Bill Milhizer as their new drummer in time for the gig. The London show attracted the attention of I.R.S. Records, which signed the band and brought out a five-song EP, Up-Front, in late 1980. Their first full-length album, Roman Gods, arrived in 1981, and the following year, the cassette-only label ROIR Records belatedly released the unissued Red Star LP under the title Blast Off! In 1982, they appeared in the movie Urgh! A Music War, comprised of concert footage of leading punk and new wave bands from around the world, and their version of "Shadow Line" appeared on the soundtrack album. 1983 saw the release of Hexbreaker!, and the following year, they cut a new version of "American Beat" for the soundtrack of the Tom Hanks comedy Bachelor Party. 1984 also saw Peter Zaremba make his debut as the host of The Cutting Edge, a weekly show on MTV focusing on alternative music; he would be part of the show until it went off the air in 1987.

Eager to capture the power and excitement of the Fleshtones' live show on vinyl, in 1985 the European branch of I.R.S. issued Speed Connection: Live in Paris 85. The band were unhappy with the production and their performance, so the American version, Speed Connection II -- The Final Chapter, featured a different mix and several songs from another Paris concert, and was the superior release. While the Fleshtones had a well-deserved reputation as a great live band, the I.R.S. releases hadn't made much of an impression on the charts, and in 1986, the group and the label parted ways. Shortly after, Jan Marek Pakulski left the band, and bassist Robert Burke Warren made his recording debut with the combo on 1987's Fleshtones Vs. Reality, their first album for Emergo Records. It also turned out to be their last for Emergo when the label ran into financial difficulties, and following 1989's Soul Madrid, a live album documenting a tour of Spain, the group didn't release a record for two years.

In 1991, they headed to Australia to record Powerstance, produced by Dave Faulkner of the Hoodoo Gurus, who had long cited the Fleshtones as an influence. In 1990, Ken Fox had taken over from Robert Burke Warren on bass, but he was unavailable for the trip to Australia, so Andy Shernoff of the Dictators sat in for the sessions. Powerstance was released in the United States by Naked Language, a rock subsidiary of the soul-oriented Ichiban Records, and the label also issued 1994's Beautiful Light (produced by Peter Buck or R.E.M.) and 1995's Laboratory of Sound (recorded by Steve Albini). 1998's More Than Skin Deep was released on CD by Ichiban and on vinyl by the garage-friendly indie label Telstar Records; Telstar would also release two albums of the Fleshtones covering obscure favorites, 1997's Hitsburg, USA and 1999's Hitsburg Revisited. 2001's Solid Gold Sound, recorded for the French Wagram Music label, included not one but two songs about one of their lyrical obsessions, bubble gum cartoon hero Bazooka Joe.

In 2003, the Fleshtones signed with the potent indie label Yep Roc Records and released one of their best albums, Do You Swing? For the first time in years, the band had a supportive record company with good distribution and promotion in their corner, and it kicked off a period of productivity. An equally solid follow-up, Beachhead, was issued in 2005 and was produced in part by Detroit garage rock kingpin Jim Diamond. Diamond was back at the controls for several tracks on 2008's Take a Good Look, while the rest of the sessions were produced by former Richard Hell guitarist Ivan Julian. Just a few months later, the group dropped their first Christmas-themed release, Stocking Stuffer.

The Fleshtones brought in Lenny Kaye to guest on guitar for 2011's Brooklyn Sound Solution, a change-of-pace album dominated by covers and interwoven guitar work, and in 2012 they tipped their hats to their Spanish-speaking fans with a four-song EP recorded en español, Quatro x Quatro. The Fleshtones returned to typically raucous form for 2014's Wheel of Talent, a set recorded in Spain, Detroit, and Brooklyn. In 2016, the tireless group celebrated their 40th anniversary as a band with an album named for one of their mottos, The Band Drinks for Free. The following year saw the release of Budget Buster, a compilation of B-sides and rarities they had put out over the last decade. After a relatively long layoff, the Fleshtones came back in October 2020 with an album just in time for Halloween, Face of the Screaming Werewolf. ~ Mark Deming, Rovi 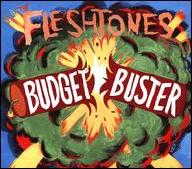 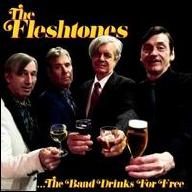 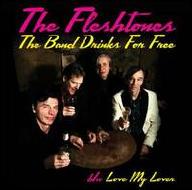 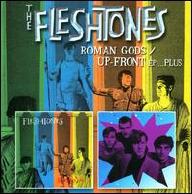 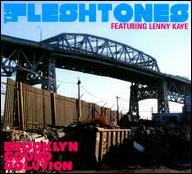 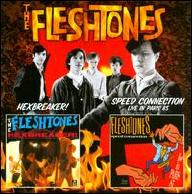 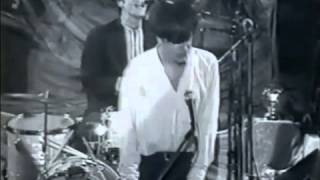 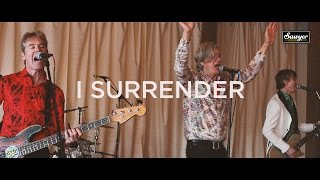 The Fleshtones - “I Surrender” 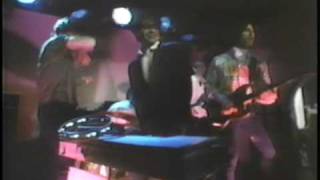 The Fleshtones - "Right Side Of A Good Thing" 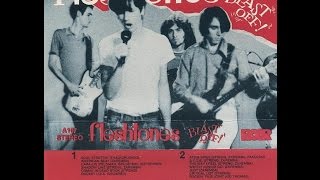 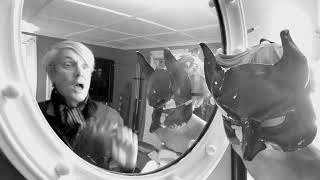 The Fleshtones - "Face of the Screaming Werewolf" (Official Video) 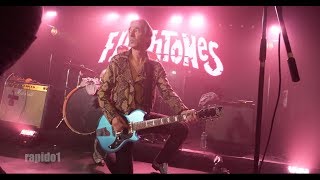 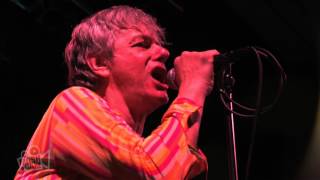 The Fleshtones - The Dreg (Live at Dig It Up! Sydney) | Moshcam
Available here: