Close
Guided by Voices
from Dayton, OH
formed January 1, 1985 (age 35)
Biography
Inspired equally by jangle pop and arty post-punk, Guided by Voices created a series of trebly, hissy indie rock records filled with infectiously brief pop songs that fell somewhere between the British Invasion and prog rock. Led by songwriter and lead singer Robert Pollard, the Dayton, Ohio-based band recorded six self-released albums between 1986 and 1992 that attracted a handful of fans within the American indie rock underground. With the 1994 release of Bee Thousand, the group became an unexpected alternative rock sensation, winning positive reviews throughout the mainstream music press and signing a larger distribution deal with Matador Records. Initially, the bandmembers stuck to their aesthetic, continuing to record their albums on cheap four-track tape decks, but by 1999, Pollard recruited new bandmates, moved up to a larger label (TVT), and began working with name producers in real studios (Ric Ocasek was at the controls for Do the Collapse). Despite this, Pollard's melodic sensibilities changed very little, and when the band moved back to Matador for 2002's Universal Truths and Cycles, they learned to strike a middle ground between more professional technique and Pollard's spontaneous, compact songcraft. GbV broke up in 2004, reunited in 2010 in a lineup dominated by Bee Thousand-era sidemen, broke up again in 2014, and came back a second time in 2016 with a new lineup that proved to be one of the strongest in the group's long history.

Schoolteacher Robert Pollard formed Guided by Voices in the early '80s. Throughout the group's history, Pollard was at the center, writing the majority of the songs and leading each incarnation of the band. During the '80s, Pollard was frequently joined by his brother Jim, who continued to write songs for the group even after his departure in the late '80s. Guided by Voices didn't become a full-fledged band until guitarist Tobin Sprout and bassist Dan Toohey joined the group in 1985. A year later, they released an EP, Forever Since Breakfast, on the local indie I Wanna Records. Guided by Voices released their first full-length album, Devil Between My Toes, on their own G Records in 1987; it was followed several months later by Sandbox, which appeared on Halo. Self-Inflicted Aerial Nostalgia was released on Halo in 1989 and Same Place the Fly Got Smashed appeared on Rocket #9 Records in 1990.

During the latter half of the '80s, Guided by Voices was essentially a hobby. The band rarely performed, and a wide array of musicians appeared on the group's albums -- according to some estimations, nearly 40 musicians passed through the band during its first decade. Nearly all of the Guided by Voices albums before Vampire on Titus were recorded in Steve Wilbur's eight-track studio in his home garage; Wilbur occasionally played guitar and bass on the records. Guided by Voices added Mitch Mitchell (rhythm guitar) and Kevin Fennell (drums) around the time of Propeller (1992), which was released on Rockathon Records.

Prior to 1993's Vampire on Titus, all of Guided by Voices' records were essentially interchangeable musically, and none were widely available. Vampire on Titus was the first album the band released on the Cleveland-based indie label Scat, and the wider distribution meant the record was heard by a larger audience. Soon, the group had won fans like fellow Dayton native Kim Deal (Pixies, Breeders) and Sonic Youth's Thurston Moore. Later in 1993, the band began playing live for the first time in several years, with Greg Demos replacing bassist Toohey. By the spring of 1994, Scat had entered a national distribution deal with Matador Records. Bee Thousand was the first album released under the deal, and it became a surprise word-of-mouth hit, earning positive reviews from mainstream publications like Rolling Stone and Entertainment Weekly. Pollard had quit teaching shortly before the spring release of Bee Thousand, and the group toured heavily behind the album, appearing on the second stage at several Lollapalooza dates. By the fall, GBV's video for "I Am a Scientist" was aired a handful of times on MTV. Demos left the band in late 1994 to study law and was replaced by music journalist Jim Greer.

By the release of 1995's Alien Lanes, GBV had joined Matador's official roster; their contract with Scat was completed with the spring release of Box, a five-disc box set containing the band's pre-Propeller albums. Alien Lanes was greeted with positive reviews upon its March release, and the group embarked on their first full-scale American tour. Greer left the band before the recording of Under the Bushes Under the Stars, which was released in the spring of 1996. That fall, Pollard and Tobin Sprout both released solo albums on the same day; the records were quickly followed by an album-length EP a month after their release. As the solo albums indicated, Pollard and Sprout had had a falling out during the group's extensive tour earlier that year, which resulted in Pollard firing the rest of the group.

At the end of 1996, Pollard recorded the next Guided by Voices record, Mag Earwhig!, supported by the Cleveland garage punk band Cobra Verde. In 1999, Guided by Voices left Matador to sign with TVT Records, which paired the band with producer Ric Ocasek in hopes of giving GBV's label debut, Do the Collapse, a more radio-friendly sound. Pollard, however, allowed fans of his older work to revel in his lo-fi period with Suitcase: Failed Experiments Trashed Aircraft, a four-disc box set featuring 100 unreleased songs recorded over the space of 25 years. While GBV's second album for TVT, 2001's polished and hard-rocking Isolation Drills, received strong reviews, the band hadn't expanded its fan base far beyond its loyal cult, and in 2002 GBV returned to Matador with Universal Truths and Cycles, as well as a number of side projects released through Pollard's reactivated Rockathon label.

In the spring of 2004, Pollard startled his fans with the announcement that he would be breaking up Guided by Voices later that year. The band's supposed final album, Half Smiles of the Decomposed, was released the following August, and the resulting farewell tour concluded with a New Year's Eve show in Chicago. Even broken up, 2005 was a busy year for GBV. Pollard signed with Chapel Hill's Merge Records and announced plans for a 2006 solo album. Rock critic and former bandmember Jim Greer authored the book Guided by Voices: A Brief History: Twenty-One Years of Hunting Accidents in the Forests of Rock and Roll. There was another box set of unreleased material, this one entitled Suitcase 2: American Superdream Wow, and the 1992 album Propeller was reissued. To add to the accumulation of GBV material, a live album, Live from Austin TX, was released in 2007, showcasing a performance recorded in November 2004 for the PBS series Austin City Limits during the band's farewell tour.

In 2010, Pollard assembled what he called a "classic lineup" of 1990's GBV veterans (including Tobin Sprout, Mitch Mitchell, Kevin Fennell, and Greg Demos) to play a show at the Matador Records 21st anniversary festival. The show was well received, and the lineup proceeded to tour again; in 2011, Pollard announced they were working on new material. The following year, GBV released their first new album in eight years, Let's Go Eat the Factory. Making up for lost time, a second new album, Class Clown Spots a UFO, arrived in June of the same year, with a third, The Bears for Lunch, following before the year was out. The reunited band soldiered on in 2013 and dropped their fourth album, English Little League, right on schedule in May, followed shortly by the six-song EP Down by the Racetrack. After a public falling out with drummer Kevin Fennell -- who was asked to leave the band in October 2013 following a curious incident in which he attempted to sell his drum kit online for $55,000 -- frontman Pollard announced that the group would release their 21st album, Motivational Jumpsuit, with Kevin March behind the drums. The album saw release in February 2014.

They continued their resurgence with Cool Planet, scheduled for release just months after Motivational Jumpsuit appeared, after recording 18 tracks during the freezing "polar vortex" weather system that swept through America that winter. But in September 2014, only four months after the release of Cool Planet, Guided by Voices abruptly announced that they were canceling all concert dates as the band had once again broken up, with Pollard telling The New York Times, "It's gone as far as it was going to go and to go beyond this point, to any degree or any length would be just going through the motions." In February 2015, Pollard launched a new project, Ricked Wicky, and two months later dropped a solo album, Faulty Superheroes, confirming he would remain prolific even without the group. In the fall of 2015, Pollard offered a look at his past and future with the box set Suitcase 4: Captain Kangaroo Won the War, another four-CD/100-song marathon that collected a wealth of Guided by Voices demos and outtakes along with rough versions of tunes Pollard wrote for an upcoming solo album, Of Course You Are.

In February 2016, Robert Pollard surprised many fans by announcing that Guided by Voices would be touring that year, beginning with a June appearance at the Sled Island Festival in Calgary, Alberta, Canada. Pollard revealed that GBV would be performing in a new lineup, with the frontman joined by Nick Mitchell (of Ricked Wicky) and Bobby Bare, Jr. on guitars, Mark Shue on bass, and Kevin March on drums. Pollard also released a new Guided by Voices album, Please Be Honest, in April 2016, but the new lineup did not perform on the set. Instead, the album featured Pollard playing all the vocal and instrumental tracks himself. This GBV lineup didn't last long; in July 2016, it was announced that Nick Mitchell had been given his pink slip, and Doug Gillard had stepped in once again as the band's lead guitarist. In April 2017, fans got to hear this GBV edition on wax with the arrival of August by Cake, which, in advance press releases, Pollard declared was his 100th album (though some fans and journalists questioned his math).

The endlessly productive Pollard had another Guided by Voices album ready to go a few months later, and How Do You Spell Heaven was released in August 2017. March 2018 saw the release of Space Gun, an unusually ambitious set that the usually prolific Pollard declared would be GBV's only album of the year. Pollard was good to his word, but February 2019 saw the band deliver another epic-scale release, the 32-song, 75-minute Zeppelin Over China, featuring the same lineup as Space Gun. This time, GBV didn't wait nearly so long to issue a follow-up, with the 24-song, 37-minute Warp and Woof appearing in late April 2019. Embracing longer and grander song structures, Guided by Voices ran through half as many songs in roughly the same amount of time on Sweating the Plague, which came out in October 2019. Pollard and his bandmates kicked off a new decade in February of 2020 with Surrender Your Poppy Field, an album that found the band looking back to their lo-fi era on some tracks, while others sounded clear and vibrant. A significant amount of live dates were canceled due to the COVID-19 pandemic, but in July of 2020, GBV performed a pay-per-view concert they jokingly dubbed their 2020 World Tour. Around the same time, they shared the first songs from Mirrored Aztec, their second full-length album of the year. Mirrored Aztec was released in August of 2020, and provided even further stylistic zig-zagging with a set of songs cleaner and more accessible than anything their early 2020s output had offered. ~ Stephen Thomas Erlewine, Rovi 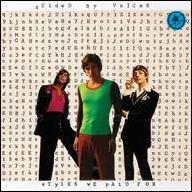 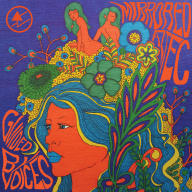 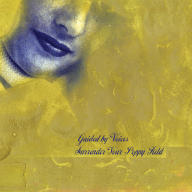 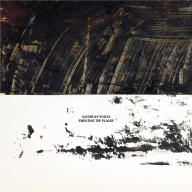 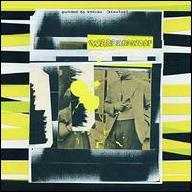 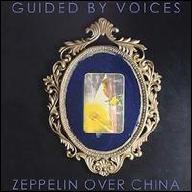 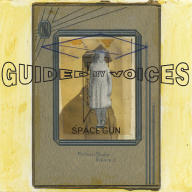 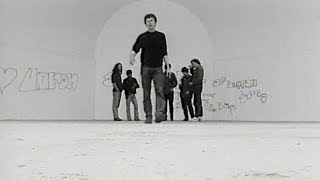 Guided By Voices - "I Am A Scientist" (Official Music Video) 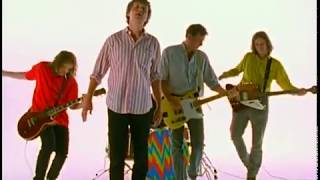 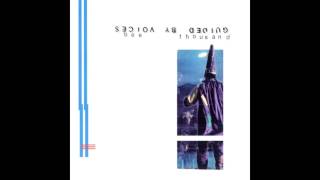 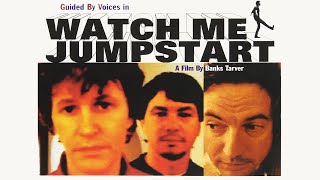 Guided By Voices - Watch Me Jumpstart (A Film By Banks Tarver, 1996) 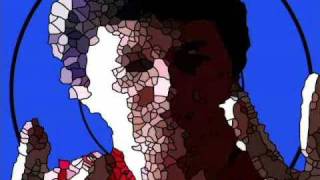 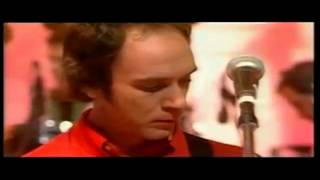 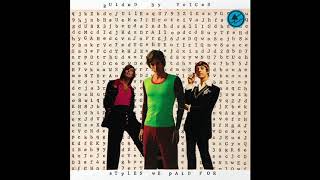