Close
Nappy Brown
from Charlotte, NC
October 12, 1929 - September 20, 2008 (age 78)
Biography
Nobody sounded much like Nappy Brown during the mid-'50s. Exotically rolling his consonants with sing-song impunity (allegedly, Savoy Records boss Herman Lubinsky thought Brown was singing in Yiddish), bellowing the blues with gospel-inspired ferocity, Brown rode rock roll's first wave for a few glorious years before his records stopped selling. But in the early '80s, Brown seemingly rose from the dead to stage a comeback bid. He became ensconced once again as a venerable blues veteran who'd stop at nothing (including rolling around the stage in sexual simulation) to enthrall his audience.

Napoleon Brown's sanctified screams come naturally -- he grew up in Charlotte, NC, singing gospel as well as blues. He was fronting a spiritual aggregation, the Heavenly Lights, who were signed to the roster of Newark, NJ's Savoy Records when Lubinsky convinced the leather-lunged shouter to cross the secular line in 1954. Voilà, Nappy Brown the RB singer was born.

Brown brought hellfire intensity to his blues-soaked Savoy debut, Is It True, but it was Don't Be Angry the next year that caused his fortunes to skyrocket. The sizzling rocker sported loads of Brown's unique vocal gimmicks and a hair-raising tenor sax solo by Sam The Man Taylor, becoming his first national smash. Those onboard New York session aces didn't hurt the overall ambience of Brown's Savoy dates -- Taylor's scorching horn further enlivened Open Up That Door, while Budd Johnson or Al Sears took over on other equally raucous efforts. Novelty-tinged upbeat items such as Little by Little and Piddily Patter Patter defined Brown's output, but his throat-busting turn on the 1957 blues number The Right Time (borrowed by Ray Charles in short order) remains a highlight of Brown's early heyday.

After decades away from the limelight, Brown resurfaced in 1984 with a very credible album for Landslide Records, Tore Up, with guitarist Tinsley Ellis' band, the Heartfixers. Later, he recorded a fine set for Black Top (Something Gonna Jump Out the Bushes) with Anson Funderburgh, Ronnie Earl, and Earl King sharing guitar duties, and some not-so-fine CDs for other logos. ~ Bill Dahl, Rovi 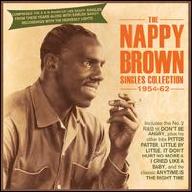 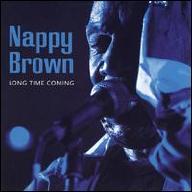 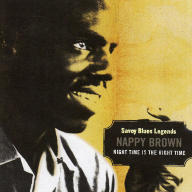 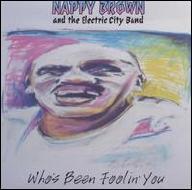 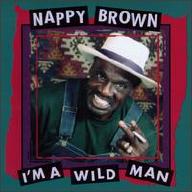 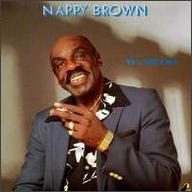 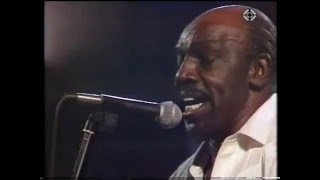 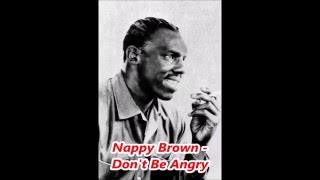 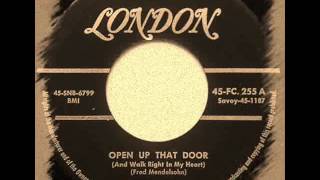 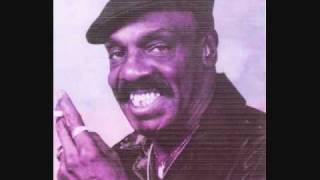 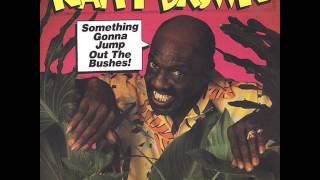 Nappy Brown - Something Gonna Jump Out The Bushes (1987) 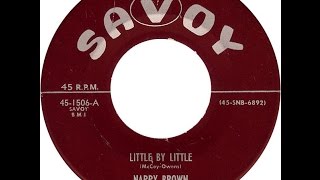 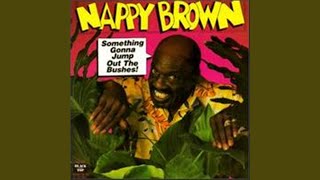 Something Gonna Jump Out The Bushes
Available here: