Close
Anotha Day in Tha Hood
by 8Ball and MJG
on On the Outside Looking In
Lyrics
[ VERSE 1: Eightball ]
Eightball the Fat Mac must express
While a nigga's gettin zooted from the potent-ass sess
Lookin back, damn, I was wild as a juvenile
Mama showed love and she struggled for her only child
But like my dad I was stuck in the streets
I never wanted to work hard, cause that shit ain't for me
Back then only 16, ignorant and curious
Mom's gettin periods cause I wasn't serious
I said fuck school teachers and the church preachers
I wanted to hang with my niggas with the street sweepers
Back in the days sellin herbs on the [Name]
Me and Squeaky doin city-wide talent shows
Gettin dissed, gettin pissed cause of this shit
Cause it's so hard in this muthafuckin business
I said many times, "Mama, I'ma make you proud"
But I could never leave the thug life of Orange Mound
I'm on the corner drinkin Thunderbird, slingin rocks
They in my hands cause the cops know 'bout the matchbox
But I can't sell dope, rappin is the way, gee
And this is just another day around the homies

[ VERSE 2: MJG ]
..mid day, I was deep into a sleep
Unconscious from that hay that they distribute on em streets
My world was constantly spinnin from the Rémy that was in me
And we ain't half-stepped on them blunts, we chiefed up plenty
A penny to be earned in a day is what I'm looking for
Hopin for, some kind of way to make a little more ducats
Fuck it, shit that I just needed, I just stuck it
Up, hell, nigga might as well
Proceed to hustle like a p-i-m-p
MJ fuckin G
The nigga with the muthafuckin clout, no doubt
The pimps is in the muthafuckin house
Be up out [Name], black folk is takin over
You know how I know? Gimme the mic and I show ya
I teach ya, I reach ya with this pimpalistic knowledge
The shit a nigga learned back in Break-A-Bitch College
Started, to hustle at the age of 11
Started makin money when a nigga turned 12
Started to induldge at the age of 13
At 14 a nigga flatfoot was raisin hell
In the muthafuckin hood

[ VERSE 3: Eightball ]
So many rappers in this industry, I don't doubt
That it's a bunch of niggas broke with a CD out
It ain't new to me, cause me and MJG
Had to struggle just to hustle down in Tennessee
In Memphis, tryin to be a rapper
But rappin don't mean shit to Elvis Presley-lovin crackers
Plus I'm with a record label gankin me and fuckin me
Niggas always promsisin me shit that I will never see
Trick-buster always talkin 'bout we family
But while I was rappin he was snortin up my royalty
So I got smart, hit the streets and said fuck that
That's when this nigga named T Money heard our first track
Pack em up, move em out, straight down to Texas
Me and JG ridin drop-top Lexus
"Coming Out Hard" on the charts in the 'Billboard'
Second album droppin and we waitin on our first award
Niggas talkin cause the crew ain't walkin no mo'
Them jealous busters tryin to start shit over hoes
I don't know what is worse, livin bad or livin good
But the whole world remind me of my neighborhood

[ VERSE 4: MJG ]
See, I'm a self-made hustler, trustin the
Niggas who think that two heads are better than one
And ready to get the job done, son
MJG gots game in the street sale
That makes me get lifts in the studio
Even though it was kind of hard as far as I can see
Growin up in the Orange Mound Tennessee community
Could it be the future had love for a nigga who
Struggled through all type of shit for a bill or two?
Still I do shows for my fans cause my fans buy my tapes
And the tapes make my g's and the g's keeps me straight
And I hate when the busters smile all in my face like a hoe
And talk shit in the down low
Look out, punk, mutha-fucka, sucka, niggas
My finger's gettin tired of the trigger, dig a
Grave, shit, cause I don't want his boys to have to deal
With the smell of the trick I just killed
???? if you can't hang with the stress, best
Wipe the big 'S' off your muthafuckin chest
Press issues, makin sure they fully understood
'bout a young nigga life in the muthafuckin hood 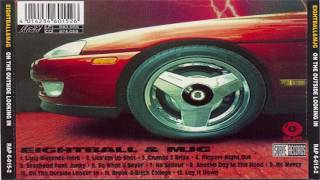 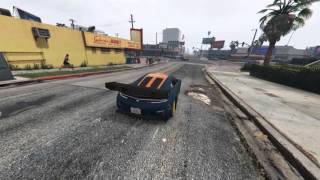 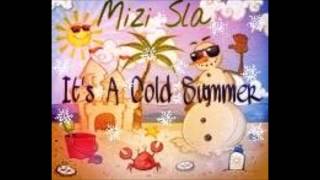 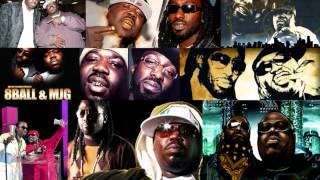