Close
John Cale
from Garnant, Wales
March 9, 1942 (age 79)
Biography
While John Cale is one of the most famous and, in his own way, influential underground rock musicians, he is also one of the hardest to pin down stylistically. Much has been made of his schooling in classical and avant-garde music, yet much of what he's recorded has been decidedly song-oriented, dovetailing close to the mainstream at times. Terming him a forefather of punk and new wave isn't exactly accurate, either. Those investigating his work for the first time under that premise may be surprised at how consciously accessible much of his output is, at times approaching (but not quite attaining) a fairly "normal" rock sound. There is always a tension between the experimental and the accessible in Cale's solo recordings, meaning that he usually finds himself (not unwillingly) caught between the cracks: too weird for commercial success, and yet not really weird or daring enough to place him among the top ranks of rock's innovators.

Any assessment of Cale's solo contributions also tends to be overshadowed by his other considerable achievements. Before launching his solo career, he was, with Lou Reed, a primary creative force behind the Velvet Underground, as bassist, viola player, keyboardist, and occasional co-songwriter (the exact nature of his compositional contributions is still a matter of heated debate among group members). He was without question one of the most influential producers of pre-punk, punk, and new wave, overseeing important recordings by the Stooges, Nico, Patti Smith, the Modern Lovers, and Squeeze. Ultimately, he may be better remembered for his work in the Velvets and as a producer, than for his own large discography.

The son of a Welsh coal miner and a schoolteacher, Cale was a child prodigy of sorts, performing an original composition on the BBC before he entered his teens. In the early '60s, he drifted toward the avant-garde, gaining a scholarship (with help from Aaron Copland and Leonard Bernstein) to study music in the United States. Moving to New York in 1963, he participated in an 18-hour piano recital with John Cage (pictures of Cale performing at the event made The New York Times). More important, he became a member of LaMonte Young's minimalist ensemble the Dream Syndicate, whose use of repetitious drones would influence the arrangements of his next group, the Velvet Underground.

Cale founded the Velvets with Reed and guitarist Sterling Morrison in the mid-'60s. Cale met Reed when the latter was a struggling songwriter for the rock & roll exploitation label Pickwick Records. Cale tested the rock waters as part of the Primitives (with Reed and fellow Dream Syndicate member Tony Conrad), who did a few live shows to promote a silly novelty that Reed had written and recorded at Pickwick, "The Ostrich." What Cale and Reed shared was an ambition to bring the sensibilities of the avant-garde to rock music.

They succeeded in doing so over the next three years with the Velvet Underground. While Reed was the most important member of the band as the lead singer and primary songwriter, Cale was just as crucial in devising the band's sound. It was Cale who was responsible for the most experimental elements of their first two albums, The Velvet Underground Nico and White Light/White Heat (1967), especially with his droning viola parts on "Venus in Furs," "Heroin," and "Black Angel's Death Song," his pounding piano on "I'm Waiting for the Man" and "All Tomorrow's Parties," his deadpan narration of "The Gift," and the white-noise organ of "Sister Ray."

Yet Cale was ousted from the band in an apparent power play by Lou Reed in the summer of 1968. Accounts still vary as to whether he was fired and/or quit, but it's been suggested that Reed's ego found Cale's talents threatening his leadership of the band. Morrison has said that Reed told him and Velvets drummer Maureen Tucker that if Cale didn't leave, he would leave instead; the pair reluctantly opted to side with Reed. The Velvets would continue to make great music for a couple of years, but their experimental edge was considerably blunted by Cale's absence.

In any case, Cale was soon busy producing ex-Velvets singer Nico's Baroque-gothic The Marble Index (1969) and the Stooges' self-titled debut album (also 1969). Though about as different as two projects could be, both were extremely influential (though initially extremely low-selling) cult items that helped lay the ground for punk and new wave about five years later.

In 1970, Cale began his proper solo career with one of his best albums, Vintage Violence. Those expecting a slab of radicalism were in for a surprise; the material was the work of a low-key, accessible singer/songwriter, working in the mold of the Band rather than the Velvets. Listeners wouldn't have to wait long for something a bit more radical. His next album, Church of Anthrax, was a collaboration with minimalist composer Terry Riley that was almost entirely instrumental.

In some respects, these two records defined the poles of Cale's solo career. Even at his most accessible, his music had a moody, even morbid edge that precluded much radio airplay. Even at its most experimental, it was never as avant-garde as, say, LaMonte Young. Cale would reserve his most experimental outings for collaborations with Riley, Brian Eno, and, much further down the road, Lou Reed.

On his own, he was more concerned with crafting songs delivered in his lilting if thin Welsh burr, and inventively arranged. It was in his arrangements that his musical training and avant-garde background were most evident, in its eclecticism (even drawing from country-rock and guest shots from Lowell George at times) and touches of classical music. Sometimes he'd take out his viola, but generally he focused on the more traditional instruments of guitar and keyboards. Cale has covered a wide territory on his solo albums without ever quite making his mark as a major artist. His songs and concepts are interesting, but ultimately he does not have the striking traditional rock talents of someone like, say, his old rival Lou Reed. The hooks aren't that sharp and the lyrics -- often dealing with the psychological and social dilemmas of late 20th century life, in somewhat arty terms -- aren't as gripping.

Toward the end of the late '70s, his approach became harder-rocking and a bit vicious, especially in concert, where he would adopt a number of flamboyant costumes and theatrical poses that verged on the confrontational (such as in a notorious incident in which he appeared to kill a chicken -- though in actuality it was already dead -- by cutting its head off on-stage). Generally he was most successful in a more subdued and brooding mode, as on Vintage Violence or, much later, Music for a New Society (1982). His discography is so large and variable that the two-CD career retrospective Seducing Down the Door might be the best place to start for those with enough interest to buy more than one or two Cale records.

Cale never abandoned his production activities, and indeed a few of the albums with his credits are destined to endure as more important statements than anything he's done on his own. His sessions with Jonathan Richman the Modern Lovers (from the early '70s, but not released until a few years later) anticipated punk and new wave. Patti Smith's Horses (1975) was one of the best and most influential recordings of the '70s. There were also other albums with Nico, and records with Squeeze, Sham 69, and others; for a couple years in the early '70s, he was even a staff producer at Warner Bros., handling unlikely clients like Jennifer Warnes.

After the mid-'80s, Cale slowed (but did not curtail) work on his own releases. His most high-profile outings since then have been collaborations. Wrong Way Up (1990) matched him with Brian Eno. Songs for Drella (1990), which got a lot more media ink, reunited him at long last with Reed, with whom he had feuded on and off for a couple of decades; the album was a song-cycle tribute to their recently deceased mentor and ex-Velvet Underground manager Andy Warhol. Well received both on record and in performance, it may have been one of the factors that finally led the pair to burying the hatchet and re-forming the Velvet Underground for a 1993 live European tour (and live album). These events were not as successful with the critics; more disturbingly, Reed and Cale were on the outs yet again by the end of the tour, with feuds over direction, leadership, and songwriting credits apparently resurfacing with a vengeance.

Prospects for an American Velvet Underground tour never came to realization, Cale and Reed vowing never to work with each other again. The death of Sterling Morrison in 1995 ended any reunion hopes, although it did apparently serve to reconcile Reed and Cale, who played together when the Velvet Underground were inducted into the Rock & Roll Hall of Fame in 1996. Cale, however, didn't need Reed to keep busy (or vice-versa). In the '90s, he continued to record as a soloist and a soundtrack composer. One of his most ambitious collaborations was The Last Day on Earth (1994), a song cycle and theatrical production written and performed with cult singer/songwriter Bobby Neuwirth. Cale released Nico, a tribute to his Velvet Underground bandmate, in 1998. He continued to record regularly into the new millennium, releasing a pair of well-received studio albums, HoboSapiens (2003) and Black Acetate (2005). The Extra Playful EP arrived in 2011, followed in 2012 by a well-deserved career overview, Conflict Catalysis: Productions Arrangements 1966-2006, and a new studio album, Shifty Adventures in Nookie Wood. In early 2016, Cale released M:FANS, a collection of stark, electronic-based reworkings of the material from his outstanding 1982 album Music for a New Society. ~ Richie Unterberger, Rovi 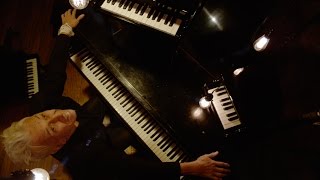 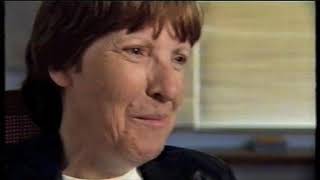 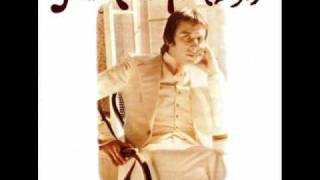 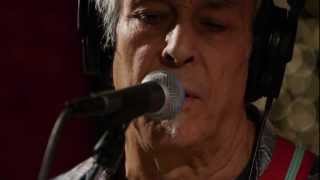 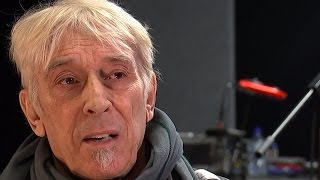 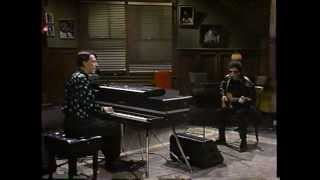 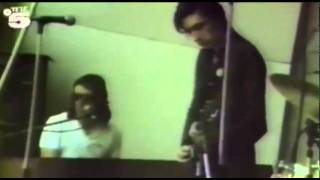