Close
Tony Reeves
from London, England
April 18, 1943 (age 78)
Biography
Tony Reeves might not be as well known as Greg Lake of Emerson, Lake Palmer or Chris Squire of Yes, to name two of the star bass players in progressive rock. But he owned his own special niche in the realm, as a member of Colosseum, Greenslade, and Curved Air during the 1970s, and ended up becoming that field's answer to John Entwistle with his extremely prominent and complex bass sound. Oddly enough, he started out in jazz, and only moved into rock very gradually, once he'd taken up the electric bass. Reeves was born in southeast London in 1943, and attended Lewisham Grammar School, where his friends included future drummer Jon Hiseman and future keyboardist Dave Greenslade. Reeves' serious interest in music dated from his teens, and despite the fact that his teen years coincided with the skiffle boom and the first wave of home-grown rock & roll in England, he initially wanted to learn an instrument far from the heart of rock & roll: the trombone. He'd liked what he'd heard of it in the jazz bands he'd listened to, and was eager to learn it, but there were no openings for the instrument in his school orchestra. There was, however, an empty chair for a double bass, and that became his instrument; he also learned to read music, with the intent of switching to trombone when the opportunity arose. That never happened, but he became serious enough on the bass to take up classical training as well, and also started playing with small groups and dance bands at age 15.

Among the latter was an outfit called the Wes Minster Five, led by Wes Minster (real name Brian Smith), which included his friends Hiseman and Greenslade on drums and piano, respectively, as well as Clive Burrows on saxophone (and, at one point, Zoot Money). They won several local talent competitions and played to American audiences at air bases in England. Reeves' first fully professional group involvement was with a dance/show band at age 16 -- he came to consider this experience invaluable for the training it gave him in playing dozens of popular standards from across several decades of music. His knowledge was also broadened vastly through the job he held for several years in the quality control department at the Decca Records factory, which involved his listening to the label's entire output, from medieval classical music to the popular sides of Chubby Checker et al. (which Decca had under license in England). He later became a record plugger for Pye Records, and it was around that time, in late 1964, that he got to hear the Vince Guaraldi single Cast Your Fate to the Wind.

He felt that with a different arrangement and more of a pop approach, the number could be a hit, and brought it to Pye producer John Schroeder, who was already entertaining the idea of putting together a pop instrumental group to produce music that was different from the Liverpool beat that dominated the charts at the time. Schroeder got it recorded by a session group that included Reeves, pianist Johnny Pearson, and drummer Kenny Clare, using the name Sounds Orchestral. Issued in January of 1965, it was picked up by the pirate radio station Radio London, and it eventually reached number three in England. That resulted in Reeves' appearance on the television show #Top of the Pops, as part of Sounds Orchestral, which went on to make years of recordings in various incarnations. He subsequently became an assistant to producer Tony Hatch at Pye, and worked on records by Episode Six and the Alan Bown Set, among others. He later left the company and became a freelance producer at various labels and the creative director of the Greenwich Gramophone Company. Amid all of that activity, he managed to squeeze in some recording session work with guitarist Davy Graham in 1966.

Reeves passed through various groups, including the Mike Taylor Quartet, the New Jazz Orchestra, and the Peter Lemer Quintet, founded by the future Gong and Mike Oldfield keyboard player, all of which included Hiseman on drums. It was around that same time that he learned to play electric bass, the chance coming up when a bandleader friend found himself in possession of a bass he didn't need, given to him in payment of a debt -- despite his feelings of disdain for the very concept of the electric bass, Reeves bought it and learned to play the instrument, and after just a few weeks, he was suddenly a member of John Mayall's Bluesbreakers. This seeming fluke was the work of Hiseman, who had already joined Mayall's band and who recommended Reeves when the leader asked the drummer if he knew of any good bassists. He lasted for less than four months, but it was another learning experience on an instrument that was still new to him, and was long enough for Reeves to appear on the Bare Wires album. Out of their firing by Mayall, he and Hiseman formed the hard rock/progressive group Colosseum, in conjunction with their mutual longtime friend Dave Greenslade. It was with Colosseum that Reeves became an innovator, plugging his bass into Leslie speakers, a trick that guitarists had been using for years but few if any bassists had tried up to that time -- coupled with his adding the wah-wah peddle to his bass (inspired in part by Jimi Hendrix's sound), it made Reeves one of the most distinctive players of the era, with a sound all his own. Along with John Entwistle of the Who, he was one of the loudest and most aggressive-sounding bassists of his era, making it virtually a lead instrument on Greenslade's recordings.

He and Dave Greenslade left Colosseum after two albums, but found another home together professionally in the keyboard player's namesake group. As he explained in a 2003 interview with rock journalist Dmitry M. Epstein on his DME Music Site, Greenslade was one of the few bandleaders who appreciated the sheer volume of his playing. Additionally, as there was no lead guitarist in the group Greenslade's lineup -- just two keyboard players -- it was tailor-made for Reeves, with lots of room for his bass, and his work with the group has proved to be one of his longest-standing relationships. He also made it into the final incarnation of Curved Air, in 1976, in a lineup that included drummer Stewart Copeland. Additionally, Reeves was responsible for getting Benny Gallagher and Graham Lyle, two friends from London, to join Tom McGuinness and Hughie Flint, filling out the lineup of the group McGuinness Flint. He managed to keep his hand in session work as well, playing on records by Sandy Denny, John Martyn, Terry Gay Woods, Paul Kent, and Chris de Burgh during the early and mid-'70s. At the end of the decade, Reeves joined the semi-professional jazz band Big Chief, whose lineup also included saxophone virtuoso Dick Heckstall-Smith, and has continued playing with them ever since. During the 1980s, he also formed MTR Ltd., a company that manufactures professional audio equipment. More recently, he has been involved with the reunion of Greenslade at the turn of the 20th century into the 21st. But mostly, in addition to producing and running his business, Reeves spent most his time in the 1990s and beyond playing jazz, which was where he started. ~ Bruce Eder, Rovi 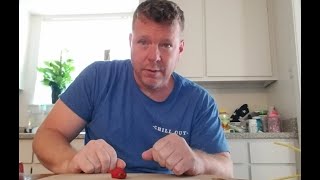 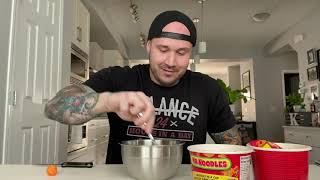 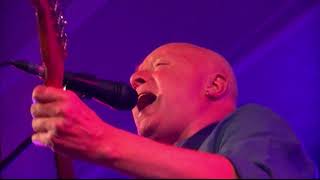 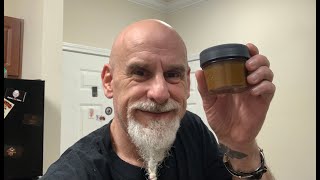 A sauce from fellow chili head Tony Reeves! Thanks for the sauce Tony! 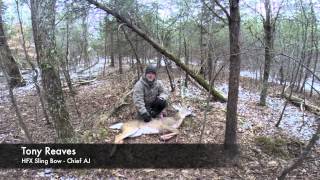 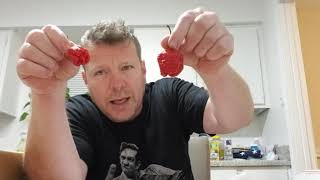 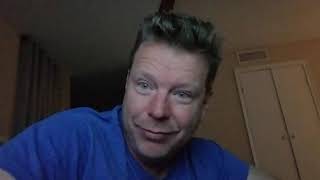 PSA about who Tony Reeves is.
Available here: