Close
Juan Atkins
from Detroit, MI
September 12, 1962 (age 59)
Biography
At the dawn of the 1980s, Juan Atkins began recording what stands as perhaps the most influential body of work in the field of techno. Exploring his vision of a futuristic music which welded the more cosmic side of Parliament funk with rigid computer synth pop embodied by Kraftwerk and the techno-futurist possibilities described by sociologist Alvin Toffler (author of The Third Wave and Future Shock), Atkins blurred his name behind aliases such as Cybotron, Model 500, and Infiniti -- all, except for Cybotron, comprised solely of himself -- to release many classics of sublime Detroit techno. And though it's often difficult (and misleading) to pick the precise genesis for any style of music, the easiest choice for techno is an Atkins release, the 1982 electro track "Clear," recorded by Atkins and Rick Davis as Cybotron. He soon left the progressively album-oriented Cybotron to begin working alone, and released his most seminal material from 1985 to 1989 as Model 500. And while fellow Detroit legends Kevin Saunderson and Derrick May were known for their erratic output during the following decade, Atkins recorded much more during the '90s than he had during the '80s, soaking up new rhythmic elements from contemporary dance music but keeping his unerring, instantly recognizable sense of melody intact throughout. As the electronic scene began looking back to the past to find musical innovators, Atkins was a name much-discussed and -anthologized, hailed as the godfather of techno.

Born in Detroit in 1962 (the son of a concert promoter), Atkins began playing bass as a teenager and moved on to keyboards and synthesizers after being turned on to their use in Parliament records. Two local DJs, Ken Collier and the Electrifyin' Mojo, first introduced Atkins to a wide range of other synthesizer-driven bands -- Kraftwerk, Telex, Gary Numan, Prince, the B-52's -- in the late '70s. Atkins then turned on two friends he had met (initially through his younger brother) while attending Belleville Junior High School, Derrick May and Kevin Saunderson. He also bought his first synthesizer, a Korg MS10, and began recording with cassette decks and a mixer for overdubs.

Hoping to learn more about the burgeoning field of musical electronics after high school graduation, Atkins studied at Washtenaw County Community College in nearby Ypsilanti; there he met Rick Davis, a Vietnam War veteran, synthesizer expert, and fellow Electrifyin' Mojo devotee -- Davis had even released an experimental record used by Mojo to open his radio show. The two began recording as Cybotron and released their first single, "Alleys of Your Mind," in 1981 on their own Deep Space Records. The clever balance of urban groove and synthesizer futurism signaled the new electro wave in Black music; though crossover success for electro was quite limited, it went on to become one of the most influential styles for the new electronic music of the next decade.

"Alleys of Your Mind" got immediate play from Electrifyin' Mojo and became a big local hit, even though most listeners had no idea it was recorded in Detroit, or America for that matter. The 1982 single "Cosmic Cars" also did well, and Cybotron recorded their debut album, Enter. Then the group signed a deal with Fantasy Records to reissue the album. One track, "Clear," was a quasi-instrumental which set the blueprint for what would later be called techno. Instead of merely reworking elements of Kraftwerk into a hip-hop context (which proved the basis for many electro tracks), "Clear" was a balanced fusion of techno-pop and club music. Unfortunately, competing visions for the future of the group forced him to leave the group by 1983. Davis and new member Jon 5 argued to pursue a musical direction closer to rock & roll, while Atkins wanted to continue in the vein of "Clear." (Cybotron carried on in the direction proposed by Davis, and was promptly forgotten.)

Juan Atkins had no trouble staying busy during the mid-'80s. He continued working with the music collective Deep Space Soundworks which he, May, and Saunderson had founded in 1981 to provide a club-based forum for their music. Later, the Deep Space family founded their own club, the Music Institute, in the heart of downtown Detroit. It soon became the hub of the Motor City's growing underground family, a place where May, Atkins, and Saunderson DJ'ed along with fellow pioneers like Eddie Flashin Fowlkes and Blake Baxter. The club invigorated the fractured sense of community in Detroit, and inspired second-wave technocrats like Carl Craig, Stacey Pullen, Kenny Larkin, and Richie Hawtin (Plastikman).

Of course, Atkins continued recording during this time, and the period from 1985 to 1987 proved to be his most influential period. He founded his own label, Metroplex Records, in 1985 and recorded his first single as Model 500, "No UFO's." Derrick May, who was living in Chicago at the time, invited Atkins over and told him to bring his records. The duo sold thousands of copies, and "No UFO's" soon became a hit with Chicago mix shows like the Hot Mix 5. Later Metroplex singles like "Night Drive," "Interference," and "The Chase" also sold well and set the template for Detroit techno; moody and sublime machine music, inspired by the drone of automated factories and trips down the I-96 freeway late at night.

By 1988, Britain had caught up with the advanced music coming from Chicago and Detroit; soon Atkins, May, and Saunderson made their first trip (of hundreds) across the Atlantic, in Atkins' case before thousands of people at one of the open-air raves typical of England's Summer of Love. Acts like 808 State, A Guy Called Gerald, LFO, and Black Dog began due in large part to the influence of Atkins, and the man himself was invited to remix current pop acts like Fine Young Cannibals, Seal, Tom Tom Club, the Beloved, and the Style Council. Though dance music in Great Britain shifted its course radically from 1989 to 1991 (to the burgeoning, cartoonish sounds of rave and hardcore), others in Europe were quick to take up the cause of championing Detroit's techno elite. First, the Belgian RS Records began releasing stellar work by a cast of techno inheritors including New Yorker Joey Beltram and Europeans C.J. Bolland and Speedy J. By 1993, Berlin's Tresor Records had picked up the baton as well, issuing American projects by second-wave Detroit producers Underground Resistance (as X-101), Jeff Mills, Blake Baxter, and Eddie Fowlkes.

Atkins visited the label's studio in 1993 and worked with 3MB, the in-house production team of Thomas Fehlmann and Moritz von Oswald (both of whom were to go on to better things, in Sun Electric and Basic Channel/Maurizio, respectively). He returned to Berlin several years later to begin recording what was, surprisingly, his first album since the days of Cybotron. Finally, in mid-1995, RS released the debut Model 500 album, Deep Space; more importantly, the label also released Classics, a crucial compilation of Model 500's best Metroplex singles output. Another retrospective, Tresor's Infiniti Collection, traced Atkins' work as Infiniti, recorded from 1991 to 1994 for a variety of labels including Metroplex and Chicago's Radikal Fear. Atkins' work as Infiniti tended to be more straightforward, minimal techno as opposed to the more song-based Model 500 project, which he viewed as a successor to Cybotron.

Several years passed before he released any additional material, but it came with a rush during 1998-1999. First in September 1998, Tresor released an album of new Infiniti recordings named Skynet. One month later, the American label Wax Trax! released a Juan Atkins mix album. The second full Model 500 album, Mind and Body, was released in 1999 on RS.

Atkins remained active throughout the early 2000s. He put together Classics (2002), a mixed compilation of Metroplex highlights. An album of new productions, The Berlin Sessions, came out through Tresor, and so did the double-disc 20 Years Metroplex -- both were released in 2005. In 2006, Atkins (along with May and Saunderson) appeared in High Tech Soul, a documentary film about the Detroit techno scene and its origins. Model 500 returned to RS in 2010 with the single "OFI"/"Huesca," followed in 2012 by "Control." In 2013, Atkins and von Oswald released a collaborative album on Tresor titled Borderland. The third Model 500 full-length, Digital Solutions, appeared on Metroplex in 2015. Transport, credited to "Juan Atkins & Moritz von Oswald present Borderland," was issued by Tresor in 2016, the label's 25th anniversary year. Atkins and Von Oswald would team up again under the moniker the following year with the release of a follow-up EP, Angels. ~ John Bush, Rovi 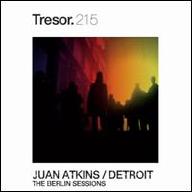 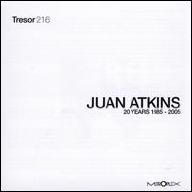 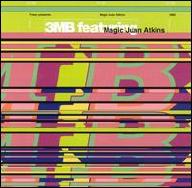 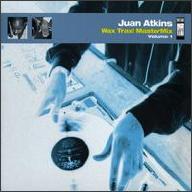 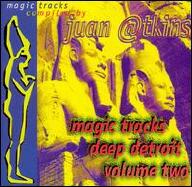 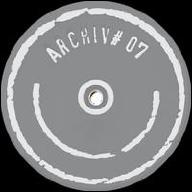 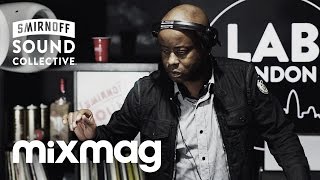 JUAN ATKINS in The Lab LDN 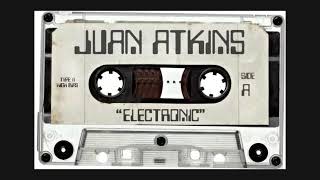 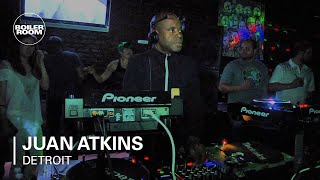 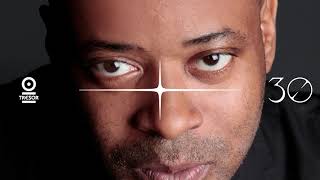 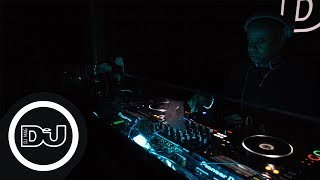 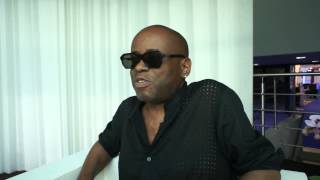 Interview with Juan Atkins: "I wish people would be more open-minded!"
Available here: