Close
Wade Flemons
from Coffeyville, KS
September 25, 1940 - October 13, 1993 (age 53)
Biography
Best remembered for the series of singles he recorded for the legendary RB imprint Vee-Jay, singer Wade Flemons was born September 25, 1940, in Coffeyville, KS, and raised in nearby Wichita. After the Flemons family moved to Battle Creek, MI, in 1940, he formed a vocal group dubbed the Newcomers. Although he signed to Vee-Jay in 1958 as a solo act, his self-penned debut single, Here I Stand, was nevertheless attributed to Wade Flemons the Newcomers, cracking the Top 20 on the national RB charts. The Newcomers were no more by the time of the follow-up, 1959's Hold Me Close; two more singles appeared that year -- Slow Motion and Goodnight, It's Time to Go -- neither of them hits. However, in 1960 Flemons returned to the charts with his biggest hit, Easy Lovin', which reached the RB Top Ten; its B-side, Woops Now, was also a significant hit in scattered regions of the country. A self-titled LP preceded his next single, Ain't That Lovin' You, Baby, and in 1961 Flemons returned to the charts one final time with a reading of the Percy Mayfield hit Please Send Me Someone to Love, which squeaked into the RB Top 20.

Two 1962 efforts, Half a Love and Ain't These Tears, failed to ignite, and the year following he issued just one new single, That Time of Year. Fellow Vee-Jay act the Four Seasons contributed backing vocals to 1964's Watch Over Her, but not even their Midas touch could launch the record into the charts, and after one final single, 1965's Where Did You Go Last Night, the label terminated Flemons' contract. Flemons resurfaced two years later on the tiny Ramsel label with Jeanette, quickly followed by Two of a Kind. He went on to co-write the Dells' 1968 hit Stay in My Corner, around that same time joining Vee-Jay session vocalist Maurice White in the Salty Peppers for their debut single, La, La, La; in 1969 the group signed to Capitol for La La Time, and after one subsequent effort, Your Love Is Life, evolved into Earth, Wind Fire. Flemons contributed vocals, vibes, and electric piano to the group until 1973, when he and several bandmates were dismissed by White. Flemons' subsequent musical pursuits, if any, remain unknown; he died of cancer in Battle Creek on October 13, 1993. ~ Jason Ankeny, Rovi 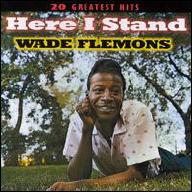 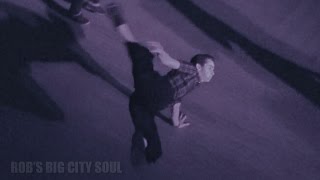 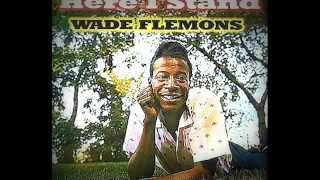 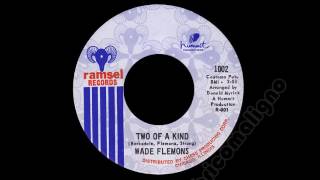 Wade Flemons - Two Of A Kind 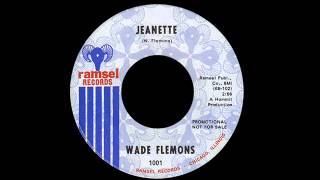 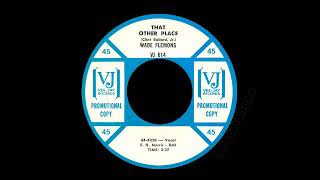 Wade Flemons - That Other Place 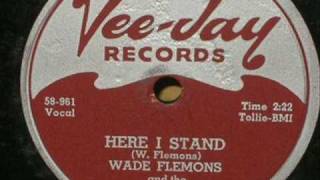 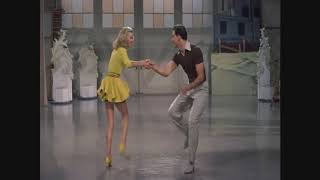