Close
Jack DeJohnette
from Chicago, IL
August 9, 1942 (age 78)
Biography
At his best, Jack DeJohnette is one of the most consistently inventive jazz percussionists extant. His style is wide-ranging, and while capable of playing convincingly in any modern idiom, he always maintains a well-defined voice. DeJohnette has a remarkably fluid relationship to pulse. His timing is excellent; even as he pushes, pulls, and generally obscures the beat beyond recognition, a powerful sense of swing is ever-present. His tonal palette is huge as well: No drummer pays closer attention to the sounds that come out of his kit than DeJohnette. He possesses a comprehensive musicality rare among jazz drummers.

That's perhaps explained by the fact that, before he played the drums, DeJohnette was a pianist. From the age of four, he studied classical piano. As a teenager he became interested in blues, popular music, and jazz; Ahmad Jamal was an early influence. In his late teens, DeJohnette began playing drums, which soon became his primary instrument. In the early '60s, the most significant event of his young professional life occurred -- an opportunity to play with John Coltrane. In the mid-'60s, DeJohnette became involved with the Chicago-based Association for the Advancement of Creative Musicians. He moved to New York in 1966, where he played again with Coltrane, and with Jackie McLean. His big break came as a member of the very popular Charles Lloyd Quartet from 1966-1968.

The drummer's first record as a leader was 1968's The DeJohnette Complex. In 1969, DeJohnette replaced Tony Williams in Miles Davis' band; later that year, he played on the trumpeter's seminal jazz-rock recording Bitches Brew. DeJohnette left Davis in 1972 and began working more frequently as a leader. In the '70s and '80s, DeJohnette became something like a house drummer for ECM, recording both as leader and sideman with such label mainstays as Jan Garbarek, Kenny Wheeler, and Pat Metheny.

For a time, both groups existed simultaneously; Special Edition would eventually become the drummer's performance medium of choice. The band began life as an acoustic free jazz ensemble, featuring the drummer's esoteric takes on the mainstream. It evolved into something quite different, as DeJohnette's conception changed into something considerably more commercial; with the addition of electric guitars and keyboards, DeJohnette began playing what was essentially a very loud, backbeat-oriented -- though sophisticated -- instrumental pop music. To be fair, DeJohnette's fusion efforts were miles ahead of most others'. His abilities as a groove-centered drummer are considerable, but the subtle colorations of his acoustic work were missed. That side of DeJohnette is shown to good effect in his work with Keith Jarrett's Standards trio, and in his occasional meetings with Abercrombie and Dave Holland in the Gateway trio.

DeJohnette remained a vital artist and continued to release albums such as Peace Time on Kindred Rhythm in 2007. He returned in 2009 with the trio album Music We Are featuring pianist Danilo Pérez and bassist John Patitucci. In 2012, DeJohnette delivered the musically eclectic Sound Travels, showcasing a bevy of collaborations with such artists as Bruce Hornsby, Esperanza Spalding, and Ambrose Akinmusire, among others.

In 2013, DeJohnette was asked by the Chicago Jazz Festival to present a program of his choosing. He gathered together Roscoe Mitchell and Henry Threadgill -- his classmates at Wilson Junior College on the city's South Side -- and Muhal Richard Abrams, whose Experimental Band the three had all played in, and all were members of the AACM. Along with bassist/cellist Larry Gray, the quintet played a festival concert (as well as subsequent dates in several variations). The historic reunion show was released by ECM as Made in Chicago in early 2015.

The drummer's next project was forming a trio with saxophonist Ravi Coltrane and electric bassist/electronicist Matthew Garrison -- the latter the offspring of classic John Coltrane Quartet bassist Jimmy Garrison. DeJohnette had played informally with the younger men for years before forming this band. In 2016, ECM issued the trio's debut, In Movement. It was the first appearance on the label for both bassist and saxophonist.

DeJohnette long made the Hudson Valley his home, and his sense of place has been an important part of his work for decades. To that end, he teamed with guitarist John Scofield, keyboardist John Medeski, and bassist Larry Grenadier -- all of whom live in or near the Hudson Valley -- to record an album that reflected the region's musical geography and creativity. In addition to well-considered originals, the quartet cut a series of covers associated with the region by artists who had lived or had worked there, including Bob Dylan, the Band, Joni Mitchell, and Jimi Hendrix. Issued on the occasion of DeJohnette's 75th birthday, Hudson appeared in June of 2017 and was followed by a tour. Early the following year, Keith Jarrett's longstanding standards trio with the drummer and bassist Gary Peacock, issued the double-disc After the Fall, a live document from November of 1998 that marked the pianist's return to the stage after a two-year hiatus. ~ Chris Kelsey, Rovi 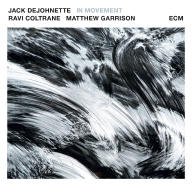 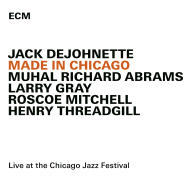 Made In Chicago [Live At The Chicago Jazz Festival / 2013] 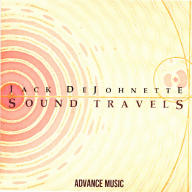 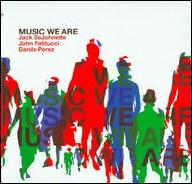 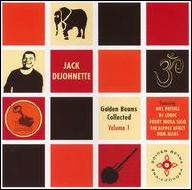 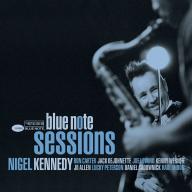 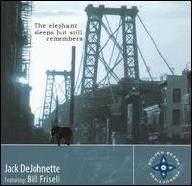 Jack DeJohnette: One of the most exciting Drum Solos with Keith Jarrett: Woody'n You 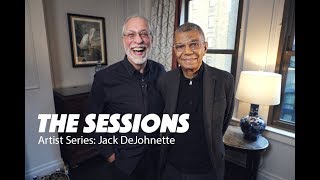 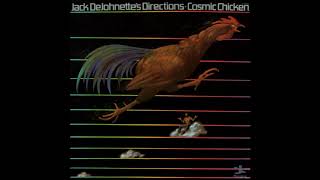 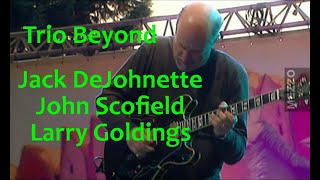 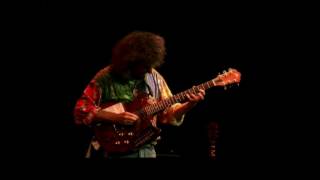