Close
Colin Stetson
from Ann Arbor, MI
March 3, 1975 (age 46)
Biography
Composer, improviser and multi-instrumentalist Colin Stetson is known for his powerful approach to the saxophone (bass saxophone in particular) and bass clarinet performances. His whale-like tone, circular breathing technique, and a trademark physical approach to getting sound from the saxophone's finger pads create both melodic and rhythmic pulses and and nearly endless exploratory possibilities. Live, he commands an audience's attention with his focus, canny rhythmic sensibility and tonally expansive harmonics that do not include digital delay or overdubs of any kind. He has worked with everyone from Arcade Fire and Tom Waits to Anthony Braxton and Bon Iver. Though he led a couple of bands on his earliest recordings, it was his solo saxophone work -- where he experimented with circular breathing, tongue slaps, and numerous arcane and experimental fingering techniques -- as articulated on his New History Warfare, Vols. 1-3 recordings for Constellation, that made journalists claim he'd created his own genre. In addition to his solo recordings, Stetson has issued a few collaborative outings including 2012's Stones with Mats Gustafsson, and Never Were the Way She Was with Arcade Fire violinist and life partner Sarah Neufeld in 2015. Stetson has also scored a number of films including horror offerings Hereditary in 2018, and 2020's Color Out of Space.

Stetson was born and raised in Ann Arbor, Michigan where he became proficient on assorted saxophones, clarinet, and flute during his tenure in the city's public schools. He earned a degree in music from the University of Michigan in 1997, studying with Roscoe Mitchell, Donald Sinta, and Christopher Creviston; afterward, he went on to study with Steve Adams and Henry Threadgill. While still in college, he co-founded Transmission (which later became Transmission Trio), and in 1998 he played with progressive Detroit-area jazz-rockers Larval on their Knitting Factory album Larval 2. He moved to the San Francisco Bay Area that summer along with the rest of Transmission, who released their first album in 1999.

Stetson also branched out to play with the People's Bizarre, a chamber jazz group influenced by Eastern European folk, and Connector, which blended acoustic and electronic instrumentation. In the meantime, he also played live with the likes of Fred Frith, Peter Kowald, Ned Rothenberg, and Kenny Wollesen, and kept up his Detroit/Ann Arbor connections as well. Before moving west, he had played on his friend Recloose's debut EP for Planet E, and their collaborations continued over the years, culminating in the DJ's acclaimed full-length Cardiology in 2002. Also that year, Tom Waits tapped Stetson for reed work on his Alice and Blood Money albums, which led to significant exposure and a live performance on The Late Show with David Letterman. He had a limited-edition 3" CD release of a 2002 performance at the Artship in Oakland, and his full-length debut as a leader came in the summer of 2003 with the quintet recording Slow Descent.

Stetson moved to Montreal, Quebec in 2007, and the following year he delivered the primarily solo saxophone album New History of Warfare, Vol. 1. He returned in 2011 with the excellent New History of Warfare, Vol. 2: Judges, which featured spoken word sections from avant-garde singer Laurie Anderson, and later in the year he released an EP, Those Who Didn't Run. He has toured with Arcade Fire and Belle Orchestre, and recorded with scores of artists including Anthony Braxton and Bon Iver. In 2013, Stetson returned with New History of Warfare, Vol. 3: To See More Light. The only overdubs on this atmospheric album came in the form of guest vocals by Bon Iver's Justin Vernon. He also contributed to Arcade Fire's Reflektor album. In 2014, Stetson played on "Dreaming Awake," the first track off My Brightest Diamond's None More Than You EP, and Timbre Timbre's Hot Dreams. In 2015, he and violinist Sarah Neufeld -- another Constellation artist as well as a member of Arcade Fire -- recorded the album Never Were the Way She Was, a set of live-in-the-studio duets. It saw release in the spring.

Though Stetson continued his wide-ranging work as a studio and touring sideman as well as a solo performer, he turned to realizing the dream of revisioning Polish composer's Henryk Gorecki's best-known (and prize-winning) work, Symphony No. 3 (Symphony of Sorrowful Songs) as his next solo project. Considering it a transformative work in his musical life, he utilized altered instrumentation, including electric guitars, winds, an orchestral string section, rock drums, and electronics. Members of his cast included Neufeld, Liturgy's Greg Fox, Esmerine's Rebecca Foon, saxophonist Matt Bauder, and mezzo-soprano Megan Stetson (Colin's sister). This new approach drew from his classical and improvisational backgrounds as well as black metal and electronic music. The album, released as Sorrow: A Reimagining of Gorecki's 3rd Symphony, was issued by 52hz in the spring of 2016 to unanimous international critical acclaim. He and the band toured behind the recording, drawing sold-out crowds and rave reviews. He also formed a blackened doom metal band called EX EYE w/Fox, Shahzad Ismaily, and Toby Summerfield.

In February of 2017, Stetson announced the release of All This I Do for Glory, a new solo album that in the artist's words offers "a reasoning and exploration of the machinations of ambition and legacy, an examination of the concepts of afterlife, and the first half of a doomed love story in the model of the Greek tragedies." Its muses were Aphex Twin and Autechre for their percussive methodologies, and Enya's Shepherd Moons album for her use of microphone placement. It allowed Stetson to place mikes around both sides of his face as he blew to allow for "venting" (a no-no for horn players in school) where the player opens the sides of her/his mouth slightly, which allows air to pass outside and create a sound. All This I Do for Glory was issued in April with an acclaimed self-titled full-length issued later in the year, followed by a tour. In the aftermath, Stetson was contacted by film director Ari Aster about scoring his horror film Hereditary with the only directive being that he wanted it to sound evil. The musician gathered an army of reed, woodwind, and brass instruments and began altering some of them to bring their individual sounds down to elementals such as de-pitching bass clarinets in order to get the sound of the woodwind material into the foreground and abstract sound as much as he could within the context of the music, representing a physical location/character in the film. He also stated in an interview that while creating the score, he was influenced by the music of the late Icelandic composer Jóhann Jóhannsson, electronic duo Autechre, and the sounds of bats swarming. Hereditary was issued by Milan in the later spring of 2018. Before the end of the year, Stetson had also released the digital-only score to sci-fi serial The First. He scored and recorded the soundtrack for director Richard Stanley's cinematic interpretation of H.P. Lovecraft's Color Out of Space, starring Nicholas Cage; it was issued by Milan in February of 2020.~ Steve Huey, Rovi 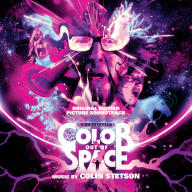 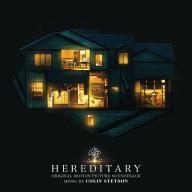 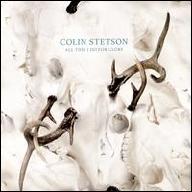 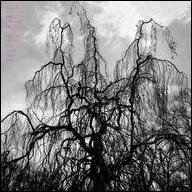 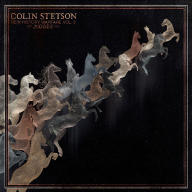 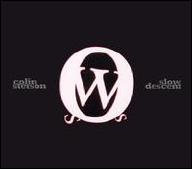 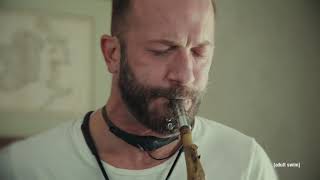 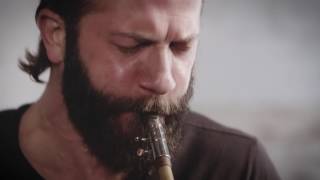 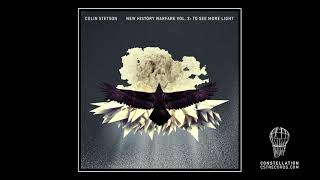 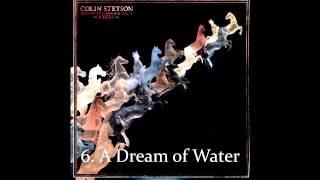 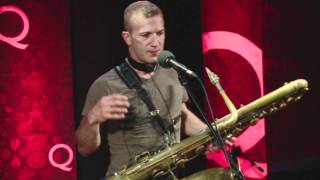 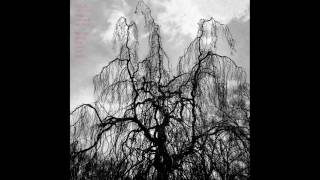 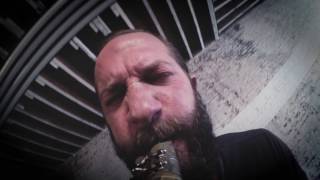