Close
Steve Miller
from Milwaukee, WI
October 5, 1943 (age 78)
Biography
Steve Miller's career has encompassed two distinct stages: one of the top San Francisco blues-rockers during the late '60s, and one of the top-selling pop/rock acts of the mid- to late '70s. His first recordings established his early style as a blues-rocker influenced but not overpowered by psychedelia. Then, in 1973, Miller's reinvention as a blues-influenced pop/rocker who wrote compact, melodic, catchy songs, led to platinum success for The Joker and a number one hit for its title track. Three years later, Fly Like an Eagle eclipsed its predecessor in terms of quality and sales. In the early '80s he briefly took on a new wave tinge, and even topped the charts with the synthy "Abracadabra," before returning once more to his blues-rock roots.

Miller was turned on to music by his father, who worked as a pathologist but knew stars like Charles Mingus and Les Paul, whom he brought home as guests; Paul taught the young Miller some guitar chords and let him sit in on a session. Miller formed a blues band, the Marksmen Combo, at age 12 with friend Boz Scaggs; the two teamed up again at the University of Wisconsin in a group called the Ardells, later the Fabulous Night Trains. Miller moved to Chicago in 1964 to get involved in the local blues scene, teaming with Barry Goldberg for two years.

He then moved to San Francisco and formed the first incarnation of the Steve Miller Blues Band, featuring guitarist James Curly Cooke, bassist Lonnie Turner, and drummer Tim Davis. The band built a local following through a series of free concerts and backed Chuck Berry in 1967 at a Fillmore date later released as a live album. Scaggs moved to San Francisco later that year and replaced Cooke in time to play the Monterey Pop Festival; it was the first of many personnel changes. Capitol signed the group as the Steve Miller Band following the festival.

The band flew to London to record Children of the Future, which was praised by critics and received some airplay on FM radio. It established Miller's early style as a blues-rocker influenced but not overpowered by psychedelia. The follow-up, Sailor, has been hailed as perhaps Miller's best early effort; it reached number 24 on the Billboard album charts and consolidated Miller's fan base. A series of high-quality albums with similar chart placements followed; while Miller remained a popular artist, pop radio failed to pick up on any of his material at this time, even though tracks like "Space Cowboy" and "Brave New World" had become FM rock staples. Released in 1971, Rock Love broke Miller's streak with a weak band lineup and poor material, and he followed it with the spotty Recall the Beginning: A Journey from Eden. Things began to look even worse for Miller when he broke his neck in a car accident and subsequently developed hepatitis, which put him out of commission for most of 1972 and early 1973.

Miller spent his recuperation time reinventing himself as a blues-influenced pop/rocker, writing compact, melodic, catchy songs. This approach was introduced on his 1973 LP The Joker and was an instant success, with the album going platinum and the title track hitting number one on the pop charts. Now an established star, Miller elected to take three years off. He purchased a farm and built his own recording studio, where he crafted the wildly successful albums Fly Like an Eagle and Book of Dreams at approximately the same time. Fly Like an Eagle was released in 1976 and eclipsed its predecessor in terms of quality and sales (over four million copies) in spite of the long downtime in between. It also gave Miller his second number one hit with "Rock'n Me," plus several other singles. Book of Dreams was almost as successful, selling over three million copies and producing several hits as well. All of the hits from Miller's first three pop-oriented albums were collected on Greatest Hits 1974-1978, which to date has sold over six million copies and remains a popular catalog item.

Miller again took some time off, not returning again until late 1981 with the disappointing Circle of Love. Just six months later, he rebounded with Abracadabra; the title track gave him his third number one single. The remaining albums released in the '80s -- Italian X Rays, 1984; Living in the 20th Century, 1986; and Born 2B Blue, 1988 -- weren't consistent enough to be critically or commercially successful. The early '90s saw Miller return to form with Wide River (the title track becoming a Top 40 chart entry) and the release of a retrospective box set compiled by the artist himself. He continued to headline shows into the 2000s, sharing the bill with classic rock acts such as 2008 tourmate Joe Cocker.

In 2010, Miller and his band released Bingo!, the first release on his own Space Cowboy Records and the group's first new studio album in 17 years. Let Your Hair Down followed a year later in the spring of 2011 and featured the last recordings of harmonica whiz Norton Buffalo, Miller's longtime collaborator, who died from lung cancer in 2009.

As Steve Miller Band continued to tour regularly through the 2010s, Miller occasionally grabbed headlines. The most notable of these was his 2016 induction into the Rock & Roll Hall of Fame, an occasion marked by Miller's strong disagreements with the institution. An Ultimate Hits compilation appeared in 2017, but for longtime fans, the archival release that was more noteworthy was the 2019 release of Welcome to the Vault, a three-CD/one-DVD box set filled with rarities. ~ Steve Huey & Al Campbell, Rovi 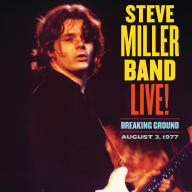 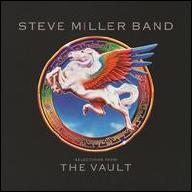 Selections from the Vault
2019 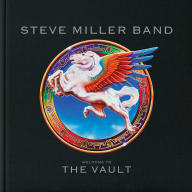 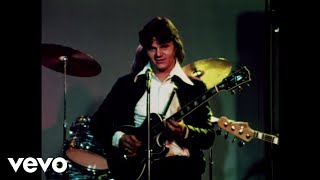 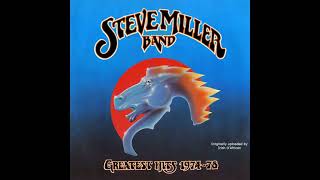 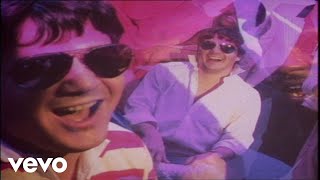 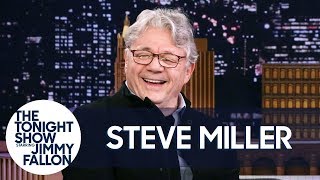 Steve Miller Reveals How He Made Up "Pompatus" 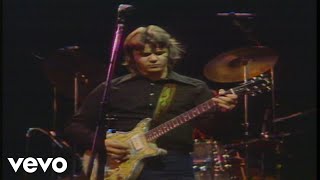 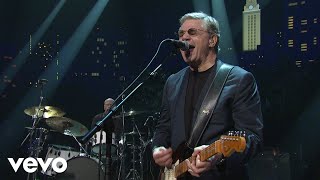