Close
Robin Gibb
from Douglas, Isle of Man
December 22, 1949 - May 20, 2012 (age 62)
Biography
Robin Gibb was one of the most popular and most celebrated pop musicians of the '60s, '70s, and 80s. As a member of the Bee Gees, he sold over 100 million records worldwide during the course of a career in which he sang lead on many of their great pop hits, such as "Massachusetts," "I Gotta Get a Message to You," "I Started a Joke," "New York Mining Disaster 1941," and "How Can You Mend a Broken Heart." While Gibb's falsetto became the Bee Gees' signature during the disco era, it was Robin's quietly passionate tenor that defined their first run of hits, and his harmony vocals with his brothers Barry and Maurice were always an integral part of their sound. Robin was also the first of the Bee Gees to pursue a solo career, and while he returned to the group after a brief breakup in the late '60s, he was in many respects the Bee Gee with the strongest identity outside the band.

Robin Hugh Gibb was born on December 22, 1949, in the town of Douglas on the Isle of Man; his twin brother Maurice was born 35 minutes later. Gibb's parents had previously lived in Manchester, England, and in 1955, the family returned there. After settling in Manchester, Robin and his brothers, already keen on music, decided to form a band, and with the help of friends Kenny Horrocks and Paul Frost, they started playing out as a skiffle group called the Rattlesnakes. When Horrocks and Frost left the group in 1958, the Gibb Brothers changed the name to Wee Johnny Hayes the Blue Cats. The new name didn't last long, as the Gibb family relocated to Queensland, Australia a few months later. Robin, Maurice, and Barry reworked themselves into a vocal group and shortened the Brothers Gibb into their new handle, the Bee Gees. The Bee Gees scored an appearance on Australian television in 1960, and in 1963, the siblings signed a recording contract with Leedon Records, a subsidiary of the well-established Australian Festival Records. The group's first single, a folk-leaning number written by Barry Gibb called "The Ballad of the Blue and the Grey," was a minor success, but their first genuine hit came with "Wine and Women," a moody pop number with Robin on lead vocals; released in September 1965, it rose to number 19 on the Australian charts, and was their first genuine success as a pop act. In 1966, the Bee Gees scored a number five Australian hit with "Spicks and Specks," but the group's fortunes took a major turn for the better in 1967, when they relocated to England and signed with manager and producer Robert Stigwood.

The Bee Gees' first single under their deal with Stigwood was "New York Mining Disaster 1941," which became a major international hit, hitting the Top 20 in the U.S. and the U.K. as well as Australia. It was the beginning of a golden year for the Bee Gees, and "To Love Somebody," "Holiday," and "Massachusetts" would all be international chart hits that year, while the group's first American album, Bee Gees 1st, made the U.S. Top Ten. Eager to capitalize on their success, the Bee Gees toured frequently and stayed busy in the studio, releasing two albums in 1968. However, in the grand tradition of sibling groups, tensions arose over who was getting the most time in the spotlight, leading to acrimony among the brothers, particularly between Robin and Barry. Robin, naturally high strung, began showing signs of exhaustion, and a series of American and British tour dates had to be canceled when he suffered a brief collapse; Robin had been eager to branch out as a songwriter, penning tunes for a group called the Marbles, and during the recording of the Bee Gees' ambitious double album Odessa, released in 1969, tensions in the group finally exploded. When Barry's song "First of May" was chosen for the A-side of Odessa's first single and Robin's "Lamplight" was relegated to the flip, Robin decided he'd had enough and quit the Bee Gees.

In 1970, Robin released his first solo album, Robin's Reign, in which he played most of the instruments himself and wrote all the songs. The album spawned a single, "Saved by the Bell," that fared well in Europe and the U.K., and the album received mostly favorable reviews (Big Star founder Alex Chilton cited the album as a personal favorite), but sales were a far cry from what Robin had enjoyed with the Bee Gees, and by the end of the year, he and his brothers resolved their differences and recorded a new album, 2 Years On, which returned the Bee Gees to the charts with the smash single "Lonely Days." While the group continued to record and tour, by the mid-'70s, the group's pop tunes were no longer a presence on the charts, and with the 1975 LP Main Course, the group's emphasis shifted to R&B, funk, and disco rhythms; Barry's falsetto vocals now took the lead on most tracks, while Robin and Maurice contributed harmonies and songwriting. Main Course gave the group a new lease on life as the singles "Jive Talkin'" and "Nights on Broadway" became major hits, and it was followed by 1976's Children of the World and the phenomenally successful 1977 film soundtrack Saturday Night Fever, which sold 15 million copies in the United States alone. Saturday Night Fever's success was bittersweet for Robin -- while he'd helped write the songs that became major hits, he didn't have a single lead vocal on the album.

In 1979, the Bee Gees released their first album in the wake of Saturday Night Fever, Spirits Having Flown, and while the LP was a chart success, it marked the point where the marketplace decided it had all the Bee Gees it needed for a while, and 1981's Living Eyes proved to be a major commercial disappointment. The group took a break during this time, and Robin took the opportunity to work on his own projects. He co-wrote several songs with Barry for Barbra Streisand's 1980 album Guilty, and the same year co-produced the album Sunrise for soul singer Jimmy Ruffin. In 1983, Robin released his first solo album since Robin's Reign, a moody pop set called How Old Are You?. Relishing his creative freedom, Robin released two more albums in as many years, 1984's Secret Agent and 1985's Walls Have Eyes, before the Bee Gees regrouped to cut the 1987 album E.S.P. While the Bee Gees were no longer topping the charts in the United States, they continued to please fans in Europe and the United Kingdom, and Robin maintained his presence as the group's great ballad vocalist and part of their successful songwriting team.

In 1997, the Bee Gees enjoyed some well-earned acknowledgment in the United States when they were inducted into the Rock & Roll Hall of Fame, and they released a new album, Still Waters. 2001's This Is Where I Came In would sadly prove to be the group's last, as Maurice Gibb died on January 12, 2003. Maurice's death occurred just over two weeks before Robin released a new solo album, Magnet, which was lost in the shuffle of the family tragedy. With the Bee Gees now history, Robin began performing as a solo act, touring Europe, Russia, Asia, and the U.K., and in 2006 Robin and Barry performed together at a pair of charity events. In 2006, Robin also issued a holiday album, My Favourite Christmas Carols, which featured a new song written in tribute to Maurice, "Mother of Love." In 2011, Gibb began work with his son, Robin-John Gibb, on a classical piece commemorating the centennial of the sinking of the Titanic; Titanic Requiem was first performed on April 2012 by the Royal Philharmonic Orchestra and RSVP Voices at London's Central Hall. It proved to be one of his last major projects; Robin was diagnosed with colorectal cancer in November 2011, and while he initially responded well to treatment, several months later the cancer began to spread at a greater rate, and he died on May 20, 2012 at the age of 62. A final album of solo material, 50 St. Catherine's Drive, was released posthumously in September 2014, and a comprehensive anthology of Robin's recordings from his first solo era, Saved by the Bell: The Collected Works of Robin Gibb 1968-1970, was issued in June 2015. ~ Mark Deming, Rovi 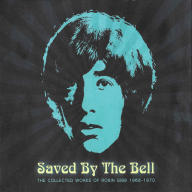 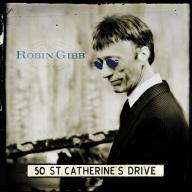 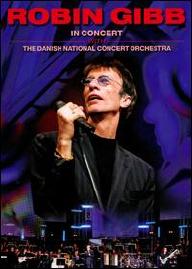 In Concert With the Danish National Concert Orchestra
2011 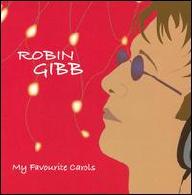 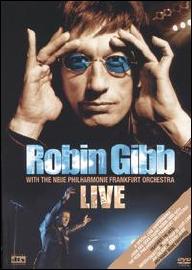 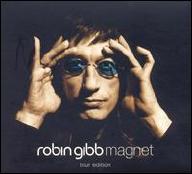 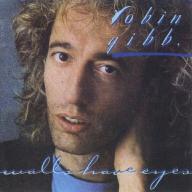 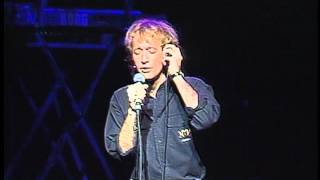 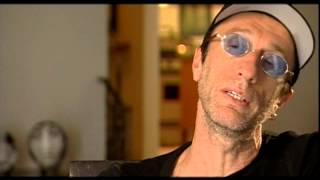 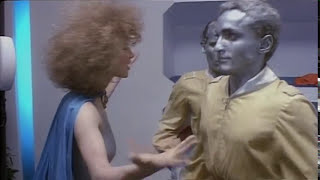 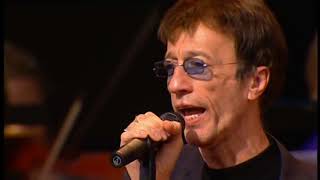 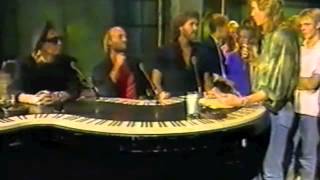 The Endearing Nature of Robin Gibb 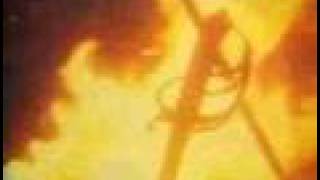