Close
Norman Watt-Roy
Biography
Norman Watt-Roy has enjoyed a 40-year career in rock music as a bassist, working with sounds ranging from mid-'60s freakbeat to '70s new wave and pub rock, and '80s ska revival. Born to an Anglo-Indian family in Bombay in 1951, he came to England with his family in 1955 and spent the next four years living in Highbury, in North London. He spent most of the rest of his youth in Essex, until his mid-teens when he returned to London. He had arrived in England just as rock & roll was crossing the Atlantic, and by age 11 he was playing rhythm guitar with his brother Garth in a local band. He listened to a lot of music, but his first love was American soul, especially as represented by the Stax/Volt label. In 1967 at age 16, now playing bass, he and Garth Watt-Roy formed the Living Daylights, a psychedelic outfit with a pop edge. Their only official single release was a cover of the Grass Roots hit Let's Live for Today, but they were good enough to get regular gigs around London. In 1968, however, the two siblings left their first band behind and formed a large-scale soul group -- this nine-piece outfit, which eventually took the name the Greatest Show on Earth, were signed to the Harvest label and made their recording debut in early 1970 with the single Real Cool World, which charted in Europe and hit the number one spot in Switzerland. The group lasted for another two years, cutting two albums and releasing several follow-up singles as well. The brothers passed through the lineup of Glencoe in the company of guitarist John Turnbull.

Norman Watt-Roy kept busy with session work throughout the '70s, and appeared on such albums as Rachel Sweet's Fool Around and Nick Lowe's Jesus of Cool, and Jona Lewie's number one single You'll Always Find Me in the Kitchen at Parties. He and his brother, along with Turnbull, later joined up with Mick Gallagher (guitar) and Charlie Charles (drums), working under the name Loving Awareness -- that outfit, in turn, was engaged for a session with Chaz Jankel and Ian Dury which led to their work on Dury's New Boots and Panties!! LP, and eventually became the Blockheads, Dury's band.

They hit the top of the charts in 1979 with Hit Me with Your Rhythm Stick. Norman Watt-Roy was now one of the most visible bassists working in England. His time with the Blockheads allowed him to cross paths with Dr. Feelgood's Wilko Johnson, which led to his joining Johnson's own group in the mid-'80s. In between, he played with the Selecter on Celebrate the Bullet and the Clash on Sandinista!, with Wreckless Eric's Captains of Industry, and he played the original bass part on Frankie Goes to Hollywood's single Relax. During the 21st century, he has kept busy working with Nick Cave, in addition to his continued performances with Johnson. ~ Bruce Eder, Rovi 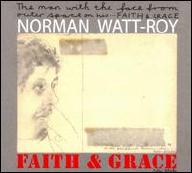 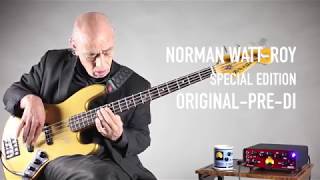 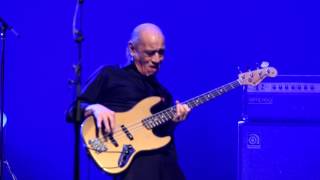 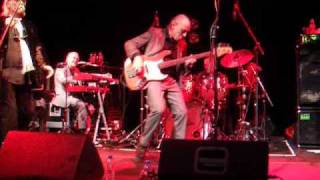 The Blockheads - Hit Me With Your Rhythm Stick 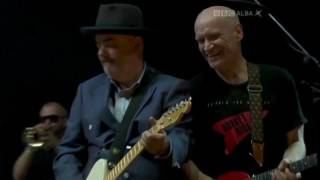 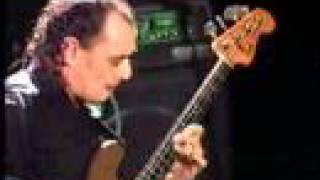 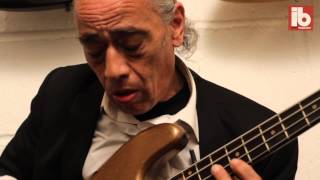 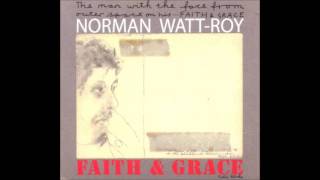