Close
Lorin Maazel
from Neuilly-sur-Seine, France
March 6, 1930 - July 13, 2014 (age 84)
Biography
Lorin Varencove Maazel was born of American parents in Neuilly, France on March 6, 1930 and the family returned to Los Angeles when Lorin was still an infant. He exhibited a remarkable ear and musical memory when very young; he had perfect pitch and sang back what he heard. He was taken at age five to study violin with Karl Moldrem. At age seven he started studying piano with Fanchon Armitage. When he became fascinated with conducting, his parents took him to symphony concerts, then arranged for him to have lessons with Vladimir Bakaleinikov, then assistant conductor of the Los Angeles Philharmonic. At the age of eight, the University of Idaho Orchestra visited Los Angeles. Bakaleinikov arranged for his eight-year-old pupil to conduct them in Schubert's Unfinished B-minor symphony. (Maazel was quick with languages as well; he learned to speak Russian from studying with Bakaleinikov.) In 1938, Bakaleinikov obtained a position as assistant conductor of the Pittsburgh Symphony Orchestra. The Maazel family followed him east so that Lorin could continue his studies with him. Lorin went to the National Music Camp at Interlochen, MI in the summer. On August 18, 1939, the National Music Camp Orchestra appeared at the New York World's Fair, and Lorin conducted it in a work. His appearance created a sensation, although some critics were negative, comparing the feat to the performance of a trained seal.

However, by 1941, Maazel had shown that he was a real conductor. He led an entire concert by the NBC Symphony Orchestra, earning a commendation from its music director, Arturo Toscanini. The next year, he conducted a complete program with the New York Philharmonic Orchestra and conducted a few other orchestras, including the Pittsburgh Symphony Orchestra. At that point, a halt was called to such displays, and Maazel concentrated on rounding out his education. He concentrated on the violin and gave his first recital on the instrument in Pittsburgh in 1945. In the same year he became first violinist of the Fine Arts Quartet. In 1948 he joined the orchestra as a member of the violin section. He was appointed "apprentice conductor" of the orchestra in 1949 and occupied that position until 1951. In that year he went to Italy on a Fulbright Scholarship for research in Baroque music. There, his first conducting appearance as an adult took place on December 21, 1952, in Catania. He began conducting elsewhere in Italy, then in Austria and Germany. He conducted at the Florence May Festival in 1955, at the Vienna Festival in 1957, and made his London debut in 1960 in a BBC Symphony Orchestra concert, making the then-rare choice of a Mahler Symphony, being praised for the performance's power and for his control over the structure of the work. In the same year he conducted Wagner's Lohengrin at the Bayreuth Festival, being the first American to conduct at the annual Wagner Festival there.

In 1962 he led the National Orchestra of France on an American tour; On November 1 of the same year he made a debut at the Metropolitan Opera leading Mozart's Don Giovanni. He then began touring widely as a guest conductor. He visited Japan and the U.S.S.R. in 1963. In 1965, he both conducted and produced a performance of Tchaikovsky's opera Eugene Onegin. In the same year, he was appointed artistic director of the Deutsche Opera in West Berlin (1965-1971) and the (West) Berlin Radio Symphony Orchestra (1965-1975). As head of the opera company, he conducted mostly standard repertory, and premiered Luigi Dallapiccola's opera Ulisse in 1968. While he ended his opera association in 1971, he retained the orchestral post, as well as taking on the positions of associate principal conductor of the New Philharmonic Orchestra of London (1970-1972) and music director of the Cleveland Orchestra (1972-1982), accepting the very difficult job of filling the shoes of the just-deceased conductor George Szell. Maazel filled that position with excellent results. The orchestra stayed at the same level of discipline and took on a rather more colorful surface to essentially the same "Cleveland sound" that Szell had instilled in them. He led the orchestra on ten major international tours and produced fine recordings with several record companies, including making some of the earliest and best-sounding recordings in the new digital technology with Telarc Records of Cleveland. He expanded the scope of the orchestra's repertory, bringing in new European works in styles that had not been to Szell's liking. He began producing staged operas within the regular concert season of the orchestra.

A very hard worker, Maazel also guest conducted considerably and in 1976 added another orchestra when he was appointed principal guest conductor of the New Philharmonic Orchestra (until 1980), and yet another in 1977 as chief conductor of the French National Orchestra (until 1982, when he became principal guest conductor (until 1988 when he became Music director (until 1991). In the midst of this he became the regular conductor of the famous Vienna Philharmonic New Year's Day Concerts, which he retained through the 1986 concert. He resigned from his Cleveland position and was named music director emeritus in 1982. In that year he began a four-year contract as artistic director and general manager of the Vienna State Opera, the first American to hold that position. However, a change of leadership in Austria's Ministry of Culture resulted in political squabbles over artistic policies, and Maazel felt compelled to resign in 1984 He became "music consultant" to the Pittsburgh Symphony Orchestra in 1984, was named its music adviser and principal guest conductor in 1986, and in 1988 was made its music director (until 1996). Other appointments included the Bavarian Radio Symphony (1993-2002); the New York Philharmonic (2002-2009); the Orquestra de la Comunitat Valenciana (2006-2011); and from 2004, Arturo Toscanini Philharmonic. His last appointment began in 2011 as chief conductor of the Munich Philharmonic.

Maazel had a distinguished recording career. He won the Grand Prix de Disque of Paris and the Edison Prize from the Netherlands. His recording for Deutsche Grammophon of Ravel's opera L'Enfant et les Sortileges is a classic that has never been out of print and has been counted as the greatest recording of that masterwork since it appeared in the 1960s. He conducted the complete symphonies of Sibelius and Tchaikovsky with the Vienna Philharmonic in the 1960s for Decca (London); the former, in particular, is one of the distinguished recordings of the great Finnish composer's seven symphonies. Maazel also maintained his skills as a violinist; one of his famous recordings was as soloist and conductor in the five Mozart violin concertos with the English Chamber Orchestra.

Maazel was married three times: to Brazilian-American pianist Miriam Sandbank and to Israeli pianist Israela Margalit; both marriages ended in divorce; and to Dietlinde Turban. He received the Sibelius Prize of Finland, the Commander's Cross of the Order of Merit from West Germany, and other honors and honorary degrees. ~ Joseph Stevenson, Rovi 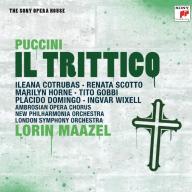 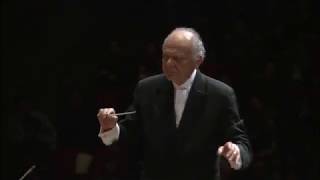 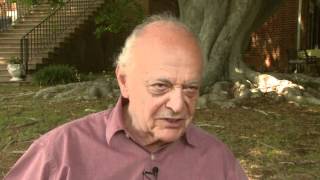 Maestro Lorin Maazel on his rise to fame 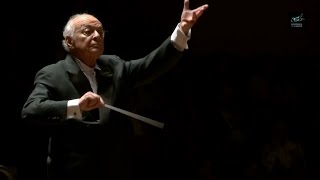 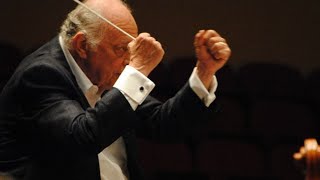 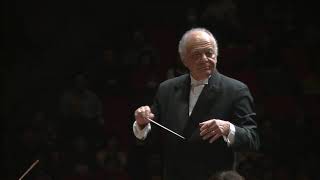 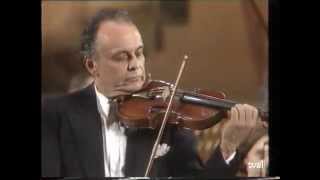