Harrell was born on January 30, 1944, in New York. His parents were both musicians, and at age eight, he began lessons with New York Philharmonic cellist Heinrich Joachim. The family moved to Dallas, and Harrell studied there with Lev Aronson, who encouraged him to pursue a musical career. Harrell enrolled at the Juilliard School, studying with Leonard Rose, and then at the Curtis Institute in Philadelphia, with Orlando Cole. Harrell suffered major blows from the deaths of his father from cancer when he was 15, and of his mother in an auto accident when he was 18. Cole had recommended that he play with an orchestra before launching a solo career, and choral conductor Robert Shaw, who was Harrell's godfather, arranged an audition for Harrell with the Cleveland Orchestra and its famously demanding conductor, George Szell. Harrell passed the audition with flying colors, took his seat in the orchestra at age 18, and within two years was named principal cellist. He remained with the Cleveland Orchestra until 1971, and he continued to advise his students to perform orchestrally before launching their solo careers. A trademark of his performance preparation was that he considered all parts of a composition, not just the cello part, before performing. He was encouraged in this regard by Cleveland Orchestra assistant conductor James Levine, who became an important mentor.

Harrell moved to New York in 1971 and gave a recital. Attendance was dismal, but he did not give up, and within a year, he landed a slot on the season of the prestigious Chamber Music Society of Lincoln Center. That concert attracted critical attention from The New York Times and other organizations, and Harrell's career began to build. In 1975, he won the inaugural Avery Fisher Prize, one of the classical music world's most significant awards. After that, he appeared with most of the world's major orchestras. Two highlights of his concert career came in 1994, with a concert at the Vatican before Pope John Paul II and the chief rabbi of Rome, memorializing the Holocaust dead, and a trio performance with Itzhak Perlman and Pinchas Zukerman on the Grammy Awards broadcast that year. Later in his career, Harrell became involved with festivals and with their educational component. He appeared annually for five decades at the Aspen Music Festival in Colorado, performing and teaching. Stints as a teacher at the Royal Academy of Music, the Cleveland Institute of Music, the Juilliard School, and other top schools dotted Harrell's career. The Dallas Symphony Orchestra's Lynn Harrell Concerto Competition is his namesake.

Harrell's catalog of recordings was large and consistently popular, dating back to the early 1980s and a recording of the Dvorák Cello Concerto in B minor, Op. 104, and Bruch's Kol Nidrei, Op. 47, with the Philharmonia Orchestra under Vladimir Ashkenazy. He recorded mostly for the London, Decca, and EMI labels. Harrell remained active as a recording artist into his eighth decade, releasing an album of cello concertos by Haydn and C.P.E. Bach on Decca in 2017. On that release, he conducted the Concertgebouw Chamber Orchestra from his cello. Harrell was married twice, and he had two children, Kate, an actress and yoga instructor, and Eben, a journalist. He died on April 27, 2020, in Santa Monica, California. ~ James Manheim, Rovi 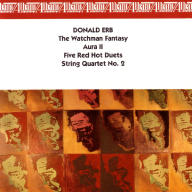 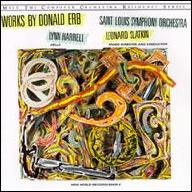 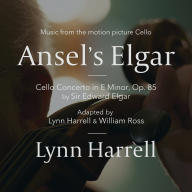 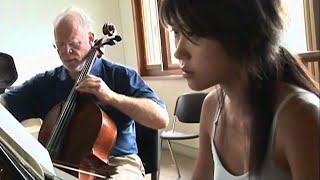 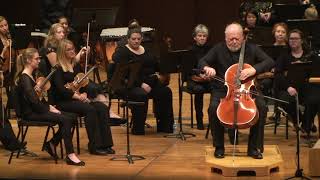 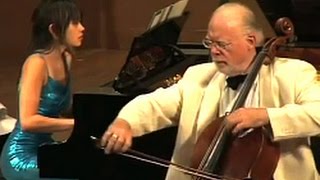 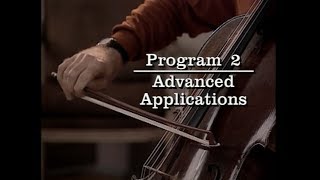 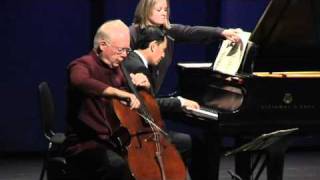 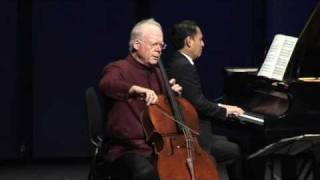 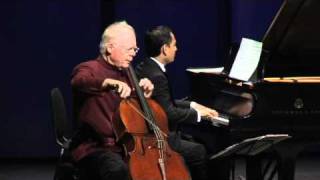