Close
Lamont Dozier
from Detroit, MI
June 16, 1941 (age 79)
Biography
Songwriter, producer, and recording artist Lamont Dozier is most well-known as part of the legendary Motown production team of Holland-Dozier-Holland. A galvanizing force in the '60s pop and R&B chart-dominance of the Detroit-based independent record label, the trio later formed Invictus and Hot Wax Records, and enjoyed gold-record-laced success with the likes of Chairmen of the Board, Freda Payne, and the Honey Cone. Dozier's own recordings date back to the late '50s, and include a run of albums throughout the '70s and '80s. The Rock & Roll Hall of Fame and Songwriters Hall of Fame inductee has since focused primarily on writing for artists and deep involvement with the Recording Academy.

Born June 16, 1941 in Detroit, Lamont Dozier was a part of the Motor City's late-'50s vibrant vocal scene, singing with the Romeos and the Voice Masters. Signing with then-fledgling local songwriter and producer Berry Gordy, Dozier's first single, "Let's Talk It Over," was issued in 1960 on Gordy's sister's label, Anna Records, and was credited to his nom de plume, Lamont Anthony. He also worked with Gordy on Motown singles for Mare Johnson. Two other singles followed. In 1963, he was teamed with singer/songwriter Eddie Holland for a single release. Eddie Holland had a Motown hit with the Jackie Wilson-sound-alike single "Jamie" in early 1962. The following year, Dozier, Eddie Holland, and Holland's brother Brian began writing together. Beginning with the Supremes' number one R&B smash "Where Did Our Love Go," the HDH writing/arranging/production trio enjoyed a phenomenal five-year run at the top of the R&B and pop charts, selling millions of records for Motown. Another Motown act, the Four Tops, had a certain affinity for HDH's songs, scoring number one R&B and pop hits such as "I Can't Help Myself (Sugar Pie, Honey Bunch)" and "Reach Out I'll Be There."

Amid lawsuits, royalty disputes, and creative differences, HDH left Motown in 1967, setting up Invictus and Hot Wax Records. Dozier restarted his solo artist recording career on Invictus with the midtempo ballad "Why Can't We Be Lovers," which went to number six R&B. The follow-up single, "New Breed Kinda Woman" -- a duet with Eddie Holland -- peaked at number 61 R&B in 1973. That same year, the HDH team splintered and Dozier signed with ABC Records as a solo artist. His debut ABC LP, Out Here on My Own, yielded the hit ballad "Trying to Hold On to My Woman" and the upbeat "Fish Ain't Bitin'," with its Richard Nixon reference. His next album, Black Bach, included the singles "Let Me Start Tonite," "All Cried Out," "Put out the Fire," "Rose," and "Thank You for the Dream." Around this time, Dozier produced and wrote most of the tunes for the self-titled debut album of actor Lawrence Hilton-Jacobs, a collectible in later years because of its high quality.

Switching to Warner Bros. in 1976, Dozier's next LP was Right There. The LP was full of smooth-as-molasses groovers such as "Groovin' on a Natural High" and "With a Little Bit of Mending (We Could Be as Good as New)." The LP briefly charted when it was released. His next WB album, 1977's Peddlin' Music on the Side, also charted briefly. The 12" version of "Going Back to My Roots" is a collectible and the tune was later a 1981 disco hit for the group Odyssey. The 1979 dance-oriented album Bittersweet was produced by Motown alumni Frank Wilson. A year later, a single Dozier produced for the group Zingara titled "Love's Calling" (with James Ingram on lead vocal) hit number 29 R&B in late 1980. By 1981, the multi-talented musician was signed to Maurice White's Columbia-distributed ARC label. The album Working on You was issued in the spring of that year. Tracks included the energetic, brassy "Cool Me Out," the bubbly "Nobody Told Me," the smooth title track, and the top-notch ballads "Too Little Too Long" and "Why (Ain't My Love Enough)." His next LP, Lamont, was created by former Motown executives Mike Roshkind and Mike Lushka. One single, the jubilant "Shout It Out," peaked at number 61 in early 1982.

After the 1983 U.K. release Bigger Than Life, Dozier took a break from solo recordings and wrote songs for younger and established artists alike, including Eric Clapton (two songs on August) and Phil Collins (the number one pop hit "Two Hearts," a Grammy winner). Holland-Dozier-Holland were inducted into the Songwriters Hall of Fame in 1988 and in 1990 entered the Rock & Roll Hall of Fame. The following year, Dozier's Inside Seduction, co-produced by Phil Collins, was released by Atlantic. New Dozier albums became increasingly rare. His lone 2000s recording, An American Original -- an independent release featuring fresh versions of vintage highlights from his songbook -- was nominated for a Grammy in the category of Best Traditional R&B Album. All the while, Dozier was invested in artist advocacy and occasionally collaborated with other musicians as accolades piled up. In 2009 alone, his "Living in High Definition" was recorded by George Benson for Songs and Stories, and he and the Holland brothers were honored with the Johnny Mercer Award. With help from the likes of Cliff Richard, Graham Nash, and Gregory Porter, Dozier revisited his catalog again for the "unplugged" set Reimagination, issued in 2018. ~ Ed Hogan, Rovi 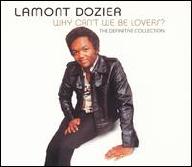 Why Can't We Be Lovers? The Definitive Collection
2005 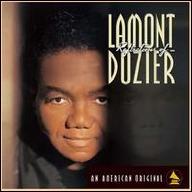 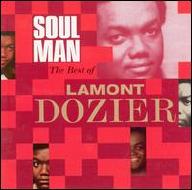 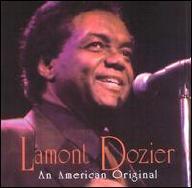 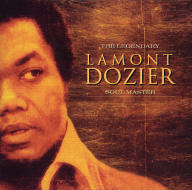 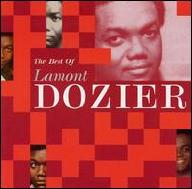 Lamont Dozier - Trying to hold on to my woman 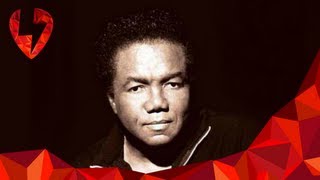 Lamont Dozier - Why can't we be lovers 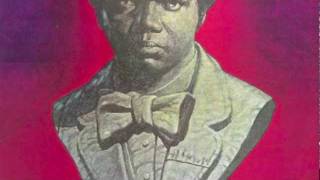 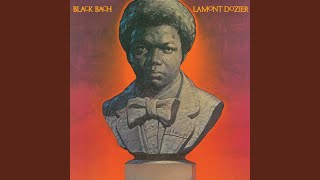 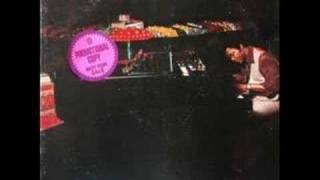