Close
Hank Ballard
from Detroit, MI
November 18, 1927 - March 2, 2003 (age 75)
Biography
In the world of early rhythm & blues and doo wop, Hank Ballard was the very definition of earthiness. Though influenced by high-energy gospel vocal groups, Ballard's music with the Midnighters couldn't have been more diametrically opposed in terms of subject matter: his lyrics were filled with raunchy double-entendres that left little to the imagination, pushing the envelope of what was considered acceptable in the '50s. His songs were sometimes banned on the radio, but that only made him an even bigger jukebox favorite among Black audiences. Ballard's hard-driving, rhythmic style was also an underappreciated influence on the rawer side of R&B, particularly on a young James Brown; plus, his composition "The Twist" -- recorded for a hit by Chubby Checker -- became one of the biggest hits in rock & roll history.

Hank Ballard was born November 18, 1927 (according to his birth records) in Detroit, but moved to Bessemer, Alabama, as a young child following his father's death. There he began singing in church and when he returned to Detroit at age 15, he set about forming a doo wop group while working on the Ford assembly line. Around the same time, singers Henry Booth and Charles Sutton were organizing a doo wop outfit called the Royals, which reputedly at one time also featured Jackie Wilson and future Four Top Levi Stubbs; it eventually grew to include vocalists Lawson Smith and Sonny Woods, plus gritty guitarist Alonzo Tucker. Initially copying the smooth style of Sonny Til the Orioles, the Royals were discovered by Johnny Otis in 1952 and signed with Federal Records. However, when Hank Ballard replaced Smith in 1953, they adopted a rougher, more hepped-up sound in keeping with Ballard's numerous original compositions and Clyde McPhatter influence. Ballard's first recording with the group was 1953's "Get It," which hit the Top Ten on the R&B charts, but it was the following year's ribald "Work with Me Annie" that really broke the group (they changed their name to the Midnighters around this time, to avoid confusion with the Five Royales). "Work with Me Annie" topped the R&B charts and nearly reached the pop Top 20, despite a number of radio stations refusing to air the song. It inspired a number of answer records and the Midnighters themselves entered the fray with the sequels "Annie Had a Baby" (another R&B chart-topper) and "Annie's Aunt Fannie." They also scored another major smash with the Ballard-penned "Sexy Ways," which solidified their reputation as R&B's most risqué act.

However, after the momentum of "Work with Me Annie" slowed, the Midnighters seemed at a loss as to how to recapture it. They went nearly three and a half years without another big hit, and with the decline in their fortunes came numerous personnel shifts. Lawson Smith returned to the fold to replace Sutton, Norman Thrasher replaced Sonny Woods, and Tucker's guitar post was taken first by Arthur Porter, then Cal Green. Ballard attempted to take his 1958 composition "The Twist" to Vee-Jay, which declined to release the version they recorded; King, Federal's parent label, issued it as the B-side of the Midnighters' R&B comeback ballad hit "Teardrops on Your Letter" in 1959. Still, "The Twist" got some notice and found a fan in American Bandstand host Dick Clark, who brought the song to Chubby Checker's attention; the rest was history, as "The Twist" became the first song to hit number one during two completely separate chart runs. Ballard and the Midnighters benefited from the exposure, scoring their first Top Ten pop singles in 1960 with "Finger Poppin' Time" and "Let's Go, Let's Go, Let's Go." A few more R&B hits followed, generally dance-oriented songs in the vein of "The Twist," before the well dried up for a second time. The Midnighters gradually disintegrated and Ballard became a solo act; by the end of the '60s, he was working with longtime fan James Brown, who produced several singles for Ballard during the late '60s and early '70s. After a lengthy absence from music, Ballard re-formed the Midnighters during the mid-'80s, first as a female group, then male, and began touring once again. In 1990, Ballard received his due as an R&B innovator with his election into the Rock & Roll Hall of Fame. After suffering for several years with throat cancer, Ballard died quietly at his Los Angeles home in March of 2003. ~ Steve Huey, Rovi 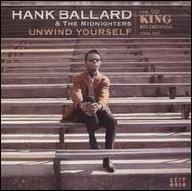 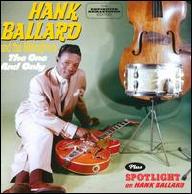 One and Only/Spotlight on Hank Ballard
2013

Work with Me, Annie [The Very Best of Hank Ballard and the Midnighters]
2013 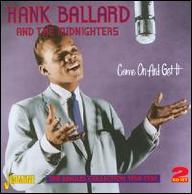 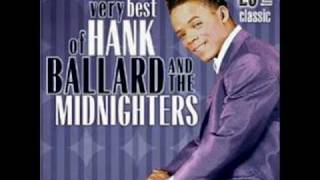 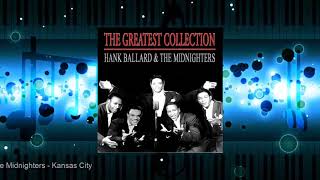 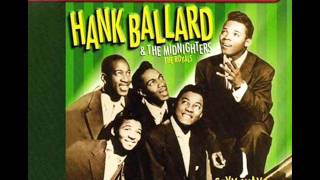 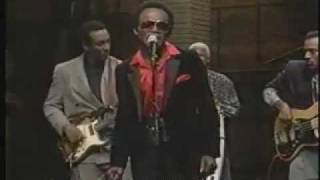 Hank Ballard & Midnighters--Work With Me Annie 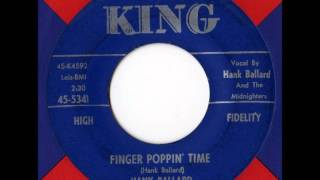 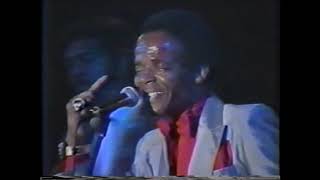