Close
Damon Albarn
from London, England
March 23, 1968 (age 52)
Biography
As the frontman for Blur and Gorillaz, Damon Albarn helped shape the British mainstream during the '90s and beyond, first establishing himself as a Brit-pop icon before expanding into hip-hop, opera, electronica, and world music. Born in London on March 23, 1968, he was raised in a bohemian household, studying a number of instruments (piano, guitar, and violin) during his youth and befriending Graham Coxon, a fellow student at the Stanway Comprehensive School, as a 12-year-old. Albarn later studied drama before joining the little-known synth pop outfit Two's a Crowd; at 15, he also won the regional heat in the Young Composer of the Year contest. While a student at Goldsmith University, he again crossed paths with guitarist Coxon, and together they formed a band called the Circus. With the additions of bassist Alex James and drummer Dave Rowntree, the group rechristened itself Seymour before finally settling on Blur upon signing to Food Records. Their debut single, "She's So High," cracked the U.K. Top 50, while the follow-up, "There's No Other Way," went as high as the Top Ten; however, the baggy beats and shoegaze-inspired textures of Blur's 1991 debut album, Leisure, earned the band unkind critical comparisons to the dying Madchester scene, and with the follow-up, 1993's Modern Life Is Rubbish, they consciously set out to evoke a more traditional pop sound.

With 1994's Parklife, Albarn's songs revealed an altogether new sophistication, his wry social commentaries and clever melodies evoking the great British pop tradition of bands like the Kinks and the Jam. The album made Blur the most popular and influential band in England at the time, and it captured a rabid cult following abroad as well. Although chief rivals Oasis quickly usurped Blur's dominance, 1995's The Great Escape debuted at number one nonetheless. Still, when the record slipped down the charts, the band was written off by the music press and spent much of 1996 in seclusion, although Albarn made the most of that time by releasing his solo debut, "Closet Romantic," which doubled as his contribution to the Trainspotting soundtrack. Blur's self-titled LP restored the band's luster one year later, as the single "Song 2" became an American hit. The same year, Albarn made his film debut in Antonia Bird's Face, and Blur's full-length 13 followed in 1999.

In 2000, Albarn debuted Gorillaz, his highly successful "virtual hip-hop group," which released four albums between 2001 and 2011. Other Albarn-driven projects arrived during the new millennium, too, from Mali Music -- an eclectic collaboration with Malian musicians like Afel Bocoum -- to the Good, the Bad the Queen, a British supergroup featuring Paul Simonon, Simon Tong, and Tony Allen. Albarn also began exploring cinema and theater projects, co-creating the opera productions Monkey: Journey to the West and Doctor Dee, while also scoring a film adaptation of his sister's own book, The Boy in the Oak. Rocketjuice the Moon, another supergroup featuring Allen and Red Hot Chili Peppers bassist Flea, released their first album in April 2012; a month later, a recording of the Dr. Dee opera -- inspired by polymath and advisor to Elizabeth I John Dee -- arrived. Also in 2012, Albarn worked with XL Recordings co-founder Richard Russell on The Bravest Man in the Universe, a comeback album from soul legend Bobby Womack. Albarn re-teamed with Russell for his first official solo album, Everyday Robots. Featuring cameos by Brian Eno and Natasha Khan from Bat for Lashes, Everyday Robots saw release in April 2014. ~ Jason Ankeny & Andrew Leahey, Rovi 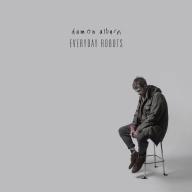 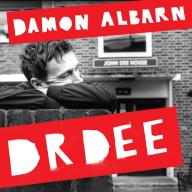 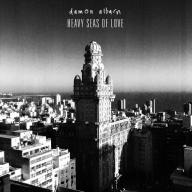 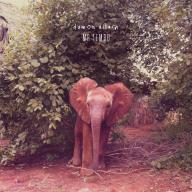 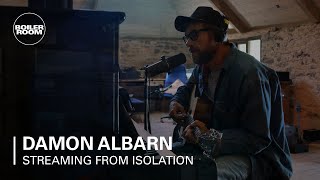 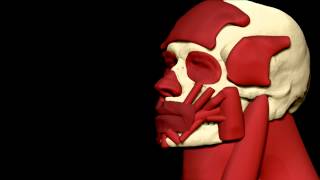 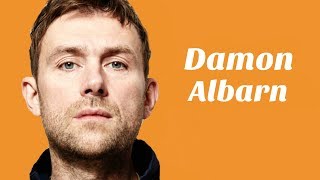 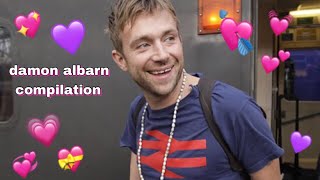 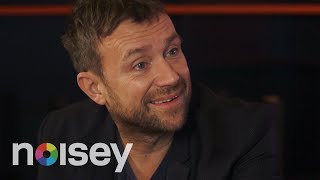 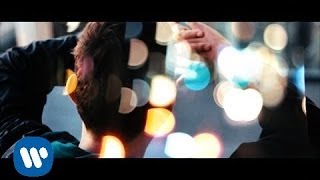 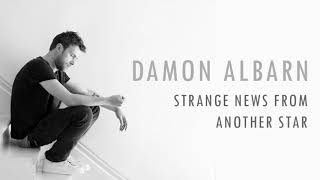