Close
Joe Williams
from Cordele, GA
December 12, 1918 - March 29, 1999 (age 80)
Biography
Joe Williams was the last great big-band singer, a smooth baritone who graced the rejuvenated Count Basie Orchestra during the 1950s and captivated audiences well into the '90s. Born in Georgia, he moved to Chicago with his grandmother at the age of three. Reunited with his mother, she taught him to play the piano and took him to the symphony. Though tuberculosis slowed him down as a teenager, Williams began performing at social events and formed his own gospel vocal quartet, the Jubilee Boys.

By the end of the '30s he had made the transition to the Chicago club scene, and appeared with orchestras led by Jimmie Noone and Les Hite during the late '30s. He sang with Coleman Hawkins and Lionel Hampton during the early '40s, and toured with Andy Kirk His Clouds of Joy during the mid-'40s (making his first recording with that band). Still, lingering illness kept him sidelined from active touring, and he worked as a theater doorman and door-to-door cosmetics salesman before his first minor hit for Checker, 1952's Every Day I Have the Blues.

Finally, at the age of 35, he got his big break when in 1954 he was hired as the male vocalist for Count Basie's Orchestra. He soon helped audiences forget the absence of Basie's long-time vocalist, Jimmy Rushing. Indeed, he did more than just pull his own weight during the '50s; he became a major star in his own right and helped revive the lagging fortunes of the Basie band. His first (and best) LP, Count Basie Swings, Joe Williams Sings, appeared in 1955, containing definitive versions of Every Day I Have the Blues (already his signature song) and Alright, Okay, You Win. Every Day hit number two on the RB charts, and sparked another LP -- 1957's The Greatest! Count Basie Swings/Joe Williams Sings Standards -- spotlighting Williams' command of the traditional pop repertory. Even while performing and touring the world with Basie during the late '50s, Williams made his solo-billed debut LP for Regent in 1956, and followed it with a trio of albums for Roulette.

Despite an inevitable parting from Basie in 1961, Williams stayed close to the fold, working in a small group led by Basieite Harry Sweets Edison, then formed his own quartet in 1962. For his RCA debut, 1963's Jump for Joy, the lineup included jazz greats Thad Jones, Clark Terry, Snooky Young, Kenny Burrell, Oliver Nelson, Urbie Green, and Phil Woods. He recorded two more albums during the year -- At Newport '63 and Me and the Blues -- and hit another peak in 1966 with an LP for Blue Note, Presenting Joe Williams and the Thad Jones-Mel Lewis Orchestra. Though he toured consistently during the '70s, his recordings fell off until a pair of mid-'80s LPs for Delos, Nothin' But the Blues and I Just Wanna Sing. After the former won a Grammy Award for Best Jazz Vocal Performance, he landed a recurring role on the popular television series #The Cosby Show and signed a contract for Verve.

Live appearances at Vine St. resulted in material for his first two Verve albums, Every Night: Live at Vine St. and Ballad and Blues Master. Still in extraordinarily fine voice, Williams recorded two more albums for Verve and toured constantly during the '90s. He appeared again with Count Basie's Orchestra (led by Frank Foster), released several albums through Telarc, and remained one of the most talented jazz vocalists in the world right up until his death in 1999. ~ John Bush, Rovi 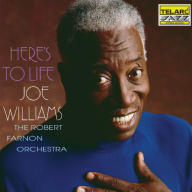 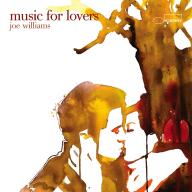 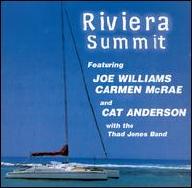 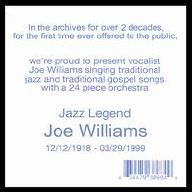 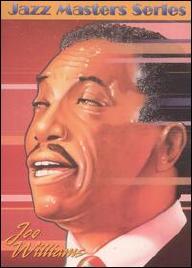 Jazz at the Smithsonian
2005 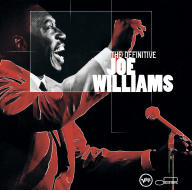 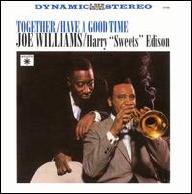 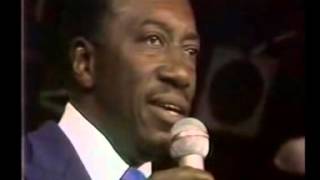 JOE WILLIAMS-EVERYDAY I HAVE THE BLUES 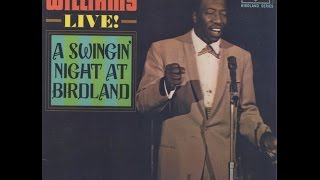 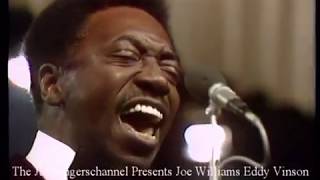 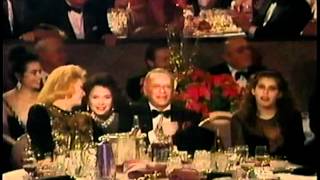 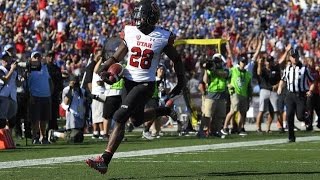 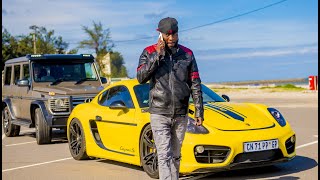