Close
Blood, Sweat & Tears
from New York, NY
formed January 1, 1967 (age 55)
Biography
No American rock group ever started with as much daring or musical promise as Blood, Sweat Tears, or realized their potential more fully -- and then blew it all as quickly. From their origins as a jazz-rock experiment that wowed critics and listeners, they went on -- in a somewhat more pop vein -- to sell almost six million records in three years, but ended up being dropped by their record label four years after that. Blood, Sweat Tears started as an idea conceived by Al Kooper in July of 1967. An ex-member of the Blues Project, Kooper had been toying with the notion, growing out of his admiration for jazz bandleader Maynard Ferguson, of forming an electric rock band that would include horns and use jazz as the basis for their work. He planned to pursue this in London, but a series of New York shows involving some big-name friends didn't raise enough money to get him there. He did, however, find three players who wanted to work with him: bassist Jim Fielder, Blues Project guitarist Steve Katz, and drummer Bobby Colomby. Kooper agreed, as long as he was in charge musically. The horn section featured Fred Lipsius (saxophone), with Randy Brecker and Jerry Weiss on trumpets and flügelhorns, and Dick Halligan playing trombone. The new group was signed to Columbia Records, and the name "Blood, Sweat Tears" came to Kooper after a jam at the Cafe au Go Go, where a cut on his hand left his organ keyboard covered in blood.

That first version of Blood, Sweat Tears played music that roamed freely through realms of jazz, R&B, soul, and even psychedelia in ways that had scarcely been heard before in one band. The songs were bold and challenging, and the arrangements gave Lipsius, Brecker, et. al room to solo, while Kooper's organ and Katz's guitar swelled in pulsing, shimmering glory. Their debut, Child Is Father to the Man, was released in February 1968, and seemed to portend a great future. The only thing it didn't have was a hit single to get AM radio play and help drive sales.

Disagreements about repertory grew into doubts about Kooper's ability as a lead singer, and soon split this band. Kooper left in March of 1968, and Brecker followed him out. That might've been the end of the story, except that Colomby and Katz decided to salvage a band of their own band out of this debacle. The lineup was reshuffled and expanded, and for a lead singer they found a Canadian national named David Clayton-Thomas.

The new Blood, Sweat Tears recorded their album in late 1968. Blood, Sweat Tears, released in January 1969, was smoother and more traditionally melodic than its predecessor. Equally important, the singles from the album were edited, removing the featured spots for the jazz players. You've Made Me So Very Happy rose to number two and lofted the album to the top of the LP listings. Spinning Wheel b/w More and More and And When I Die followed, and when the smoke cleared, the album had yielded a career's worth of hits. The LP also won the Grammy as Album of the Year, selling three million copies in the bargain.

In the spring of 1970, however, the group lost a huge amount of momentum with its core audience, college students, when they undertook a tour of Eastern Europe on behalf of the U.S. State Department. The Vietnam War was still raging, and anything to do with the government was potentially poisonous on college campuses. It was on their return to America, amid this dubious career move -- which was done to overcome the problem of Clayton-Thomas' shaky immigration status -- that Blood, Sweat Tears 3 was released. It briefly topped the LP charts, and the single Hi-De-Ho reached number 14, but both sold only a fraction of what their earlier releases had done. Additionally, the group was now criticized in the rock press, which felt that Blood, Sweat Tears were either a pretentious pop group that dabbled in horn riffs, or a jazz outfit trying to pass as a rock band. The group's decision to perform at a Las Vegas casino -- which even upset the head of Columbia Records, Clive Davis -- did nothing to defuse these doubts.

Clayton-Thomas exited after the fourth album to pursue a solo career. Most of the group's original and second-generation players were gone by then as well, though the playing standard remained consistently high. The lineup became a revolving door -- even Jaco Pastorius passed through their ranks, briefly -- and the group's record sales imploded, squeezed as they were by Chicago on the pop side of jazz-rock, and outfits such as Weather Report and Return to Forever on the more musically ambitious side of the spectrum. Clayton-Thomas returned in 1974, to what was billed officially as "Blood, Sweat Tears Featuring David Clayton-Thomas." They released New City (1975), which did well enough to justify an ambitious tour that yielded the double-LP Live and Improvised. Columbia Records dropped the group in 1976, and even Bobby Colomby, who had trademarked the group's name, gave up playing with them. Clayton-Thomas has kept the group name alive in the decades since, fronting various lineups. ~ Bruce Eder, Rovi 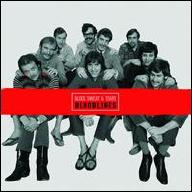 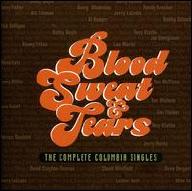 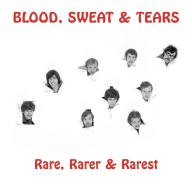 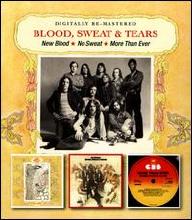 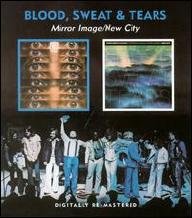 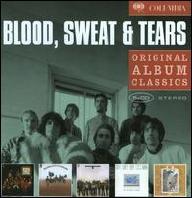 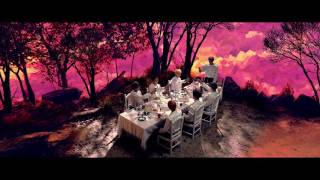 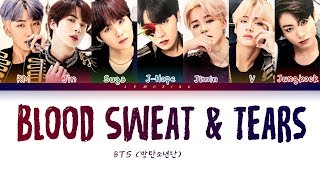 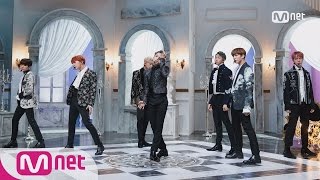 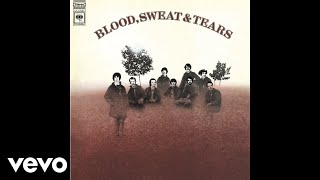 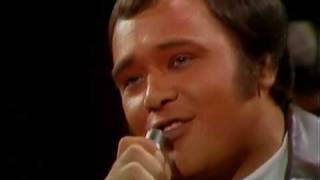 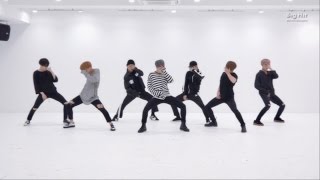 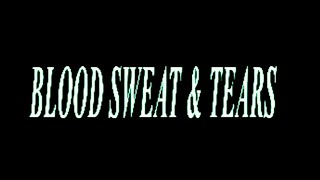