Close
Robert Schumann
from Zwickau, Germany
June 8, 1810 - July 29, 1856 (age 46)
Biography
One of the great composers of the 19th century, Schumann was the quintessential artist whose life and work embodied the idea of Romanticism in music. Schumann was uncomfortable with larger musical forms, such as the symphony and the concerto (nevertheless, representative works in these genres contain moments of great beauty), expressing the full range of his lyrical genius in songs and short pieces for piano. Schumann's extraordinary ability to translate profound, delicate -- and sometimes fleeting -- states of the soul is exemplified by works such as the song cycle Dichterliebe (A Poet's Love), after Heinrich Heine, and his brilliant collections of short piano pieces, including Phantasiestücke (Fantastic Pieces), Kinderszenen (Scenes from Childhood), and Waldszenen (Forest Scenes). As other critics have observed, Schumann attained the elusive union of music and poetry which Romantic poets and musicians defined as the ultimate goal of art.

Schumann's father was a bookseller who encouraged Robert's musical and literary talents. Robert started studying piano at age 10. In 1828, he enrolled at the University of Leipzig as a law student, although he found music, philosophy, and Leipzig's taverns more interesting than the law. He also began studies with a prominent Leipzig piano teacher, Friedrich Wieck. There was serious mental illness in Schumann's family, and the composer, who most likely suffered from a manic-depressive condition, approached madness with the typical Romantic combination of fear and fascination. A compulsive womanizer and a heavy drinker, Schumann led a life that aggravated his psychological problems. His efforts to become a concert pianist failed after he developed partial paralysis of his right hand. According to a conventional story, the injury resulted from Schumann's compulsive use of a finger-strengthening device, but newer research points to mercury poisoning due to treatment for syphilis. Schumann settled on a career as a composer and musical writer, co-founding the influential Neue Zeitschrift für Musik and attracting attention early with his prophetic praise of Chopin. Many of his articles take the form of dialogues featuring the "League of David," young artists fighting the "Philistines," and headed by his alter egos "Florestan" and "Eusebius," intended to represent the two contrasting facets -- one ebullient, the other reserved -- of his personality. Schumann's music, with its sharp changes in mood, also reflects his tumultuous inner life. Wieck's highly talented pianist daughter Clara grew up and fell in love with Schumann, much to her father's horror. Despite Wieck's opposition, Clara and Robert gained the legal right to marry in 1840, a day before Clara's 21st birthday. During this period, Schumann composed feverishly. Spellbound by a musical thought, he would work himself to exhaustion, enthusiastically cultivating a particular genre for a period of time. (For instance, 1841 was a "year of songs" in which he brought the Romantic song cycle to its apex). He virtually invented the short, poetic, descriptive Romantic piano work, and produced such works in glorious profusion in the late 1830s. Schumann tackled larger forms in the 1840s, partly at Clara's urging; his four mature symphonies retain a place in the repertoire, but his opera Genoveva failed. He held several musical jobs, teaching at the newly founded Leipzig Conservatory, eventually becoming town music director in Düsseldorf, but without much success. On February 27, 1854, he threw himself into the freezing waters of the Rhine. After his rescue, he voluntarily entered an asylum. Although he had periods of lucidity, his condition deteriorated, and he died there in 1856, probably of tertiary syphilis. ~ Zoran Minderovic, Rovi 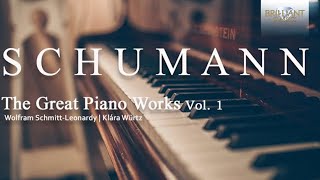 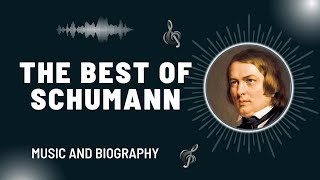 The Best of Schumann 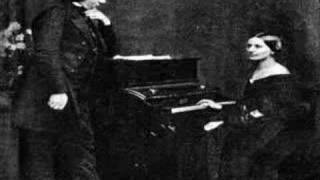 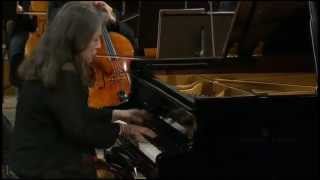 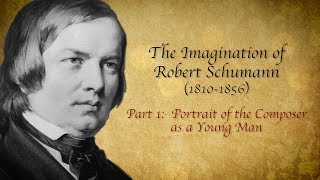 The Imagination of Robert Schumann, Part 1 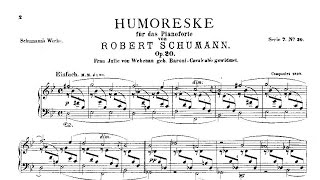