Close
Dan Toler
from Indiana
September 23, 1948 - February 25, 2013 (age 64)
Biography
A Southern rock guitarist with impressive talents, Dan Dangerous Dan Toler may not be among the most heralded members of the Allman Brothers Band, but as the first new guitarist to join the band's ranks after the death of Duane Allman in 1971, his contribution to the Allmans was not insignificant.

Toler grew up in the tiny town of Connersville in eastern Indiana, and began playing guitar at the age of 12. Influenced by country, blues, and R&B, he played in local and regional bands before moving south and joining the Melting Pot, a group on the roster of Phil Walden's Macon, Georgia-based Capricorn Records, in 1969. Fame didn't exactly knock on his door, however, and by the mid-'70s he was living in St. Petersburg, Florida and playing bar gigs. Of course, between 1969 and the mid-'70s big things had been happening at Capricorn, namely the meteoric rise of the Allman Brothers Band and the Allmans' rancorous dissolution in the aftermath of the fame they achieved, which thrust them into the national and international spotlight only after their ranks had been decimated by the tragic motorcycle accident deaths of guitarist Duane Allman and bassist Berry Oakley.

With the Allmans splitting up in the mid-'70s, guitarist Dickey Betts -- who had played those beautiful guitar harmonies with Duane, contributing greatly to the band's signature sound -- continued the solo career begun with his 1974 album Highway Call, but this time Betts formed his own harder-rocking but still countrified working group, Great Southern. While the Allman Brothers Band had decided against replacing Duane with another guitarist, opting instead to add pianist Chuck Leavell to their lineup, Dickey had no problem featuring another guitarist in Great Southern, and in late 1975 he asked Toler to audition for his new group in Macon. Toler got the job, and appeared on the first two Dickey Betts Great Southern albums, the group's 1977 eponymous debut and the following year's Atlanta's Burning Down.

In their various separate endeavors, none of the Allman Brothers' principals realized anything approaching the popularity of their original band, and the Allmans buried the hatchet and re-formed -- minus Chuck Leavell -- in 1978. This time, apparently enough time had passed since Duane's death that featuring a twin-guitar format was not seen as a problem, and Toler was brought into the fold from Great Southern. Released in 1979, Enlightened Rogues would be the first Allman Brothers album since Eat a Peach to feature Dickey playing harmony lines side by side with another guitarist, as he did here with Toler on the instrumental "Pegasus," and the pairing of the two guitarists restored that classic element of the original band (although Duane and Dickey's tandem guitars would arguably never be quite matched by any future Allman Brothers incarnation). With sympathetic production by the returning Tom Dowd, Enlightened Rogues was generally viewed as the Allman Brothers' strongest outing since 1973's Brothers and Sisters, but changes were afoot as the group's label, Capricorn, dissolved and the Brothers moved to Arista.

The slick '80s were not, to say the least, an ideal time for the Allmans' brand of Southern rock, and although their two Arista albums, Reach for the Sky (1980) and Brothers of the Road (1981), had fleeting moments of strength, and both Betts and Toler played well when provided the opportunity, the albums proved to be far too pop-centric for both fans and critics, and the group would soon break up once again. Toler had been an Allman Brothers guitarist from 1979 to 1982. He went on to play in Gregg Allman's band during the '80s (along with his drummer brother David Frankie Toler, also an Allman Brothers Band member during the group's Arista period), contributing some fine guitar to Gregg's albums I'm No Angel (1987) and Just Before the Bullets Fly (1988), both released by Epic. In fact, his guitar playing probably reached its widest audience yet on the title track single to I'm No Angel, which reached number 49 on the Billboard Hot 100 and number one on Billboard's Mainstream Rock Tracks.

As for the Allman Brothers Band, the final chapter of the group was yet to be written, but Toler would not be playing a role. Fueled by interest in the band generated by the release of the Dreams box set by Polydor in 1989, the band reconvened yet again, this time with Warren Haynes, heard on Betts' Pattern Disruptive album that same year, on second guitar. With Haynes featured on 1990's Seven Turns and every subsequent Allman Brothers album (and even continuing in the band in a guitar tandem with Derek Trucks after Betts himself had been shown the door), Toler would be out of the Allmans circle during their resurgence over the next 20 years.

Dan Toler and his drummer brother David would form the Toler Brothers during the '90s, and Dan would reunite with Dickey Betts Great Southern in the new millennium, while also pursuing a number of other projects including the Renegades of Southern Rock, the Toler Tucci Band with singer/guitarist Doc Tucci, and the Toler/Townsend Band featuring singer Johnny Townsend and David Toler on drums. Although Toler's subsequent music career was beneath the national and international radar, by his own account he continued to take tremendous pleasure from playing, particularly with vocalist Townsend in the Toler/Townsend Band, whose 2009 eponymous album arrived via Blues Boulevard/Music Avenue in Europe and the Garage Door label in the United States.

David Toler died after a lengthy illness in 2011, and that same year, Dan announced that he had received a diagnosis of amyotrophic lateral sclerosis, or Lou Gehrig's disease. The disease gradually took away his ability to play guitar, and eventually he was unable even to speak. Toler died in his sleep on February 25, 2013 in Sarasota, Florida; he was 65 years old. For a relatively fleeting moment, he had risen to the challenge of returning one of America's greatest rock bands to its heralded twin-guitar format, but at precisely the time when the entertainment market was turning its back on the type of music that might have best showcased his talents. Nevertheless, he continued to make his mark on albums like I'm No Angel and others, and fans of the Allmans and Southern rock mourned his passing. ~ Dave Lynch, Rovi 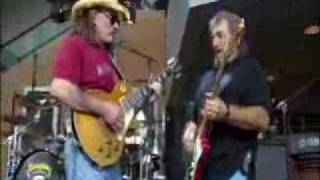 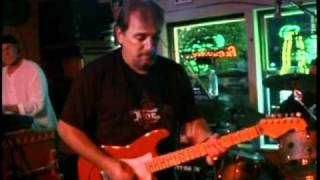 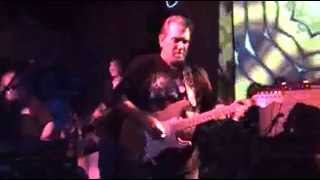 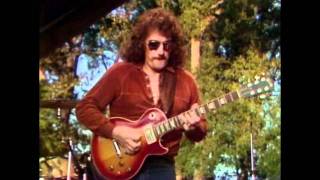 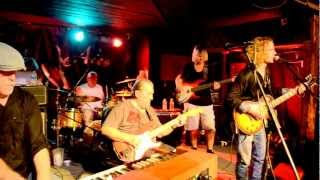 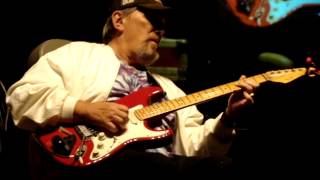 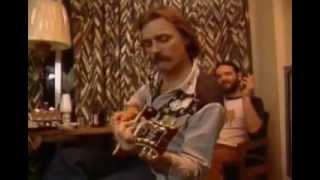