Close
Mase
from Jacksonville, FL
August 27, 1975 (age 46)
Biography
Best known as Puff Daddy's favorite sidekick, Mase secured his place as a Bad Boy label favorite through a series of guest appearances on hit singles by other artists. By the time he issued his debut album, the Bad Boy promotional machine had effectively already made him a star. His flow was slow and relaxed, and his raps often unabashedly simple, which helped make him especially popular with the younger segment of Puff Daddy's pop-rap audience (they could understand him and rap along). Of course, he was never much of a critical favorite for exactly the same reason, but that became a moot point when, just before the release of his second album, he announced his retirement from rap to pursue a career in the ministry.

Mase was born Mason Durrell Betha in Jacksonville, FL, on August 27, 1975. His family moved to Harlem when he was five, but at age 13, he was sent back to Florida amid concerns that he was falling in with the wrong crowd. He returned to New York two years later, and began rapping to entertain the other members of his school basketball team. He was a good enough basketball player to win a scholarship to SUNY, but hip-hop soon grew to be more important; under the name Mase Murder, he joined a rap group called Children of the Corn, which disbanded when one of its members died in a car accident. Mase went solo and started making connections around New York's hip-hop club scene. In 1996, he traveled to Atlanta for a music conference, hoping to hook up with Jermaine Dupri; instead, he met Sean Puffy Combs, who signed him to Bad Boy after hearing him rap.

Mase debuted on Combs' remix of the 112 single Only You, and quickly became a near-ubiquitous guest rapper on Bad Boy releases and other Combs-related projects. He was a credited featured guest on the Puff Daddy smashes Can't Nobody Hold Me Down and It's All About the Benjamins, handled the first verse of the Notorious B.I.G.'s number one hit Mo' Money, Mo' Problems, and made prominent appearances on Mariah Carey's Honey, Brian McKnight's You Should Be Mine (Don't Waste My Time), Junior M.A.F.I.A.'s Young Casanova, and Busta Rhymes' The Body Rock, among others. By showcasing Mase in such high-profile settings, not to mention spotlighting him in several videos as well, Combs ensured that by the time Mase actually released his own album, every hip-hop fan in America would already know who he was.

Thus, when Mase's debut album, Harlem World, appeared in late 1997, it was an instant smash, spending its first two weeks of release on top of the Billboard album charts. It was a star-studded affair, naturally featuring Combs (both rapping and producing) and a galaxy of guests: Busta Rhymes, Jay-Z, DMX, Lil' Kim, Monifah, 112, the L.O.X., Eightball MJG, Black Rob, and Lil' Cease, not to mention additional production by the Hitmen, Jermaine Dupri, and the Neptunes, among others. Reviews of the record were mixed; some critics praised Mase's unique rapping style, but others were far more harsh (this writer is fairly sure it was Ira Robbins who called Mase "the luckiest no-talent sidekick since Ed McMahon"). Nonetheless, Harlem World was a smash hit, eventually going platinum four times over; its first single, Feels So Good (which also appeared on the soundtrack of #Money Talks), was a Top Five pop hit, and the follow-up What You Want was a fast-selling success as well.

In the meantime, Mase's string of guest spots continued unabated, with appearances on Brandy's Top of the World, Puff Daddy's Lookin' at Me, Cam'ron's Horse and Carriage, 112's Love Me, and the #Rugrats soundtrack collaboration with Blackstreet and Mya, Take Me There. In April 1998, Mase made headlines with his arrest in New York on disorderly conduct charges (he had initially been accused of soliciting a prostitute, which he denied). But the controversy was short-lived, and by year's end Mase had put together his own group of protégés, also dubbed Harlem World, who issued its debut album, The Movement, in early 1999. With Puffy's Bad Boy empire still riding high, Mase's second album, Double Up, looked to be another blockbuster. But shortly after it was completed (and before it was released), Mase stunned close associates and observers alike by announcing his immediate retirement from the music business, calling it incompatible with his new calling to the ministry (he'd experienced a vision of himself leading people into Hell). He refused to promote Double Up with any live performances, although he did give interviews on its behalf. Perhaps it was the lack of promotional support, or perhaps audiences gave up their investment in him, but Double Up made a disappointing chart debut at number 11 upon its summer 1999 release, and only reached gold sales status. Mase worked extensively with inner-city youth, became an in-demand inspirational speaker on the religious circuit, and published a memoir titled -Revelations: There's a Light After the Lime. He returned with a new album, Welcome Back, in 2004. ~ Steve Huey, Rovi 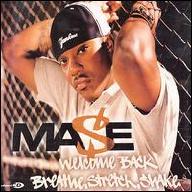 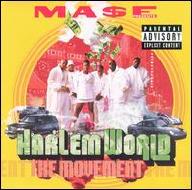 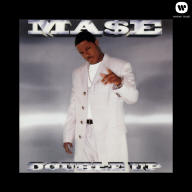 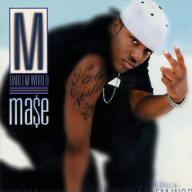 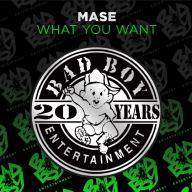 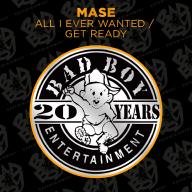 All I Ever Wanted / Get Ready
1999
Videos
Close 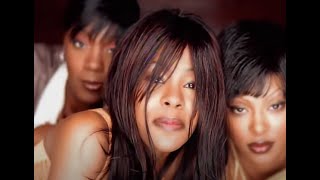 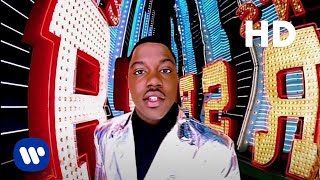 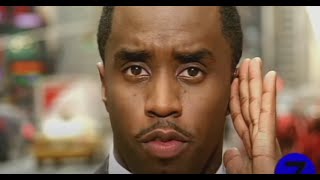 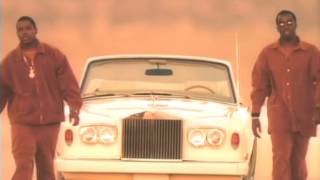 Puff Daddy ft Mase - Can't Nobody Hold Me Down (Explicit) 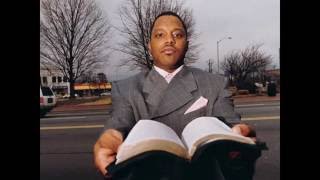 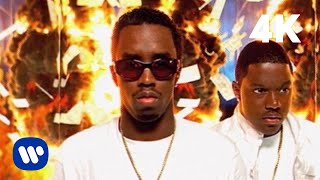 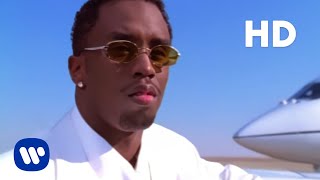