Close
Gene Krupa
from Chicago, IL
January 15, 1909 - October 16, 1973 (age 64)
Biography
The first drummer to be a superstar, Gene Krupa may not have been the most advanced drummer of the 1930s but he was in some ways the most significant. Prior to Krupa, drum solos were a real rarity and the drums were thought of as a merely supportive instrument. With his good looks and colorful playing, he became a matinee idol and changed the image of drummers forever.

Gene Krupa made history with his first record. For a session in 1927 with the McKenzie-Condon Chicagoans, he became the first musician to use a full drum set on records. He was part of the Chicago jazz scene of the 1920s before moving to New York and worked in the studios during the early years of the Depression. In December 1934 he joined Benny Goodman's new orchestra and for the next three years he was an important part of Goodman's pacesetting big band. Krupa, whose use of the bass drum was never too subtle, starred with the Goodman Trio and Quartet, and his lengthy drum feature Sing, Sing, Sing in 1937 was historic. After he nearly stole the show at Goodman's 1938 Carnegie Hall Concert, Krupa and Goodman had a personality conflict and the former soon departed to form his own orchestra. It took the drummer a while to realize with his band that drum solos were not required on every song! Such fine players as Vido Musso, Milt Raskin, Floyd O'Brien, Sam Donahue, Shorty Sherock, and the excellent singer Irene Daye were assets to the Krupa Orchestra and Drum Boogie was a popular number but it was not until 1941 when he had Anita O'Day and Roy Eldridge that Krupa's big band really took off. Among his hits from 1941-1942 were Let Me Off Uptown, After You've Gone, Rockin' Chair and Thanks for the Boogie Ride. Krupa made several film appearances during this period, including a very prominent featured spot in the opening half-hour of the Howard Hawks comedy #Ball of Fire, performing an extended version of Drum Boogie (with Roy Eldridge also featured), and William Dieterle's faux jazz history, #Syncopation. Unfortunately, Krupa was arrested on a trumped-up drug charge in 1943, resulting in bad publicity, a short jail sentence, and the breakup of his orchestra.

In September 1943 he had an emotional reunion with Benny Goodman (who happily welcomed him back to the music world). Krupa also worked briefly with Tommy Dorsey before putting together another big band in them middle of 1944, this one with a string section. The strings only lasted a short time but he was able to keep the group working into 1951. Tenor saxophonist Charlie Ventura and pianist Teddy Napoleon had a trio hit in Dark Eyes (1945), Anita O'Day returned for a time in 1945 (scoring with Opus No. 1) and, although his own style was unchanged (being a Dixieland drummer at heart), Krupa was one of the first swing big bandleaders to welcome the influence of bebop into his group's arrangements, some of which were written by Gerry Mulligan (most notably Disc Jockey Jump). Among the soloists in the second Krupa Orchestra were Don Fagerquist, Red Rodney, Ventura, altoist Charlie Kennedy, tenorman Buddy Wise, and in 1949 Roy Eldridge.

After breaking up his band in 1951, Krupa generally worked with trios or quartets (including such sidemen as Ventura, Napoleon, Eddie Shu, Bobby Scott, Dave McKenna, Eddie Wasserman, Ronnie Ball, Dave Frishberg, and John Bunch), toured with Jazz at the Philharmonic, ran a drum school with Cozy Cole and had occasional reunions with Benny Goodman. In 1959, Columbia Pictures released The Gene Krupa Story, a biographical drama based on Krupa's life starring Sal Mineo in the title role and Red Nichols in a supporting part. Gradually worsening health in the '60s resulted in him becoming semi-retired but Krupa remained a major name up until his death. Ironically his final recording was led by the same person who headed his first appearance on records, Eddie Condon. Gene Krupa's pre-war big-band records are gradually being released by the Classics label. ~ Scott Yanow, Rovi 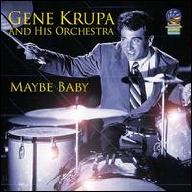 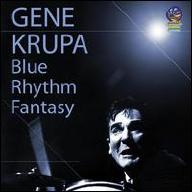 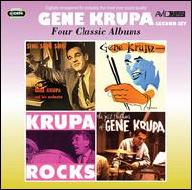 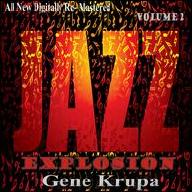 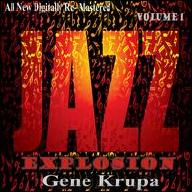 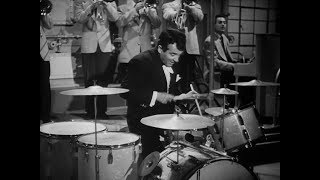 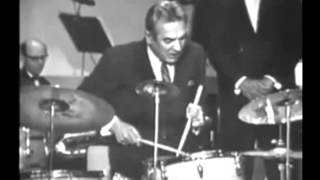 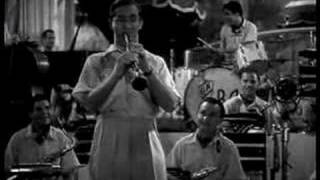 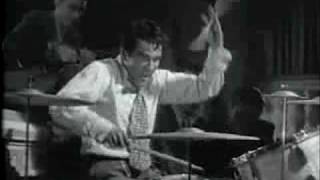 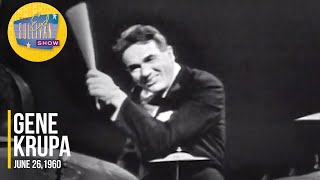 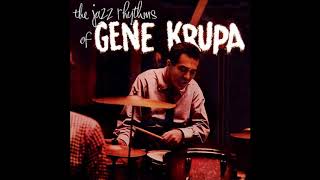 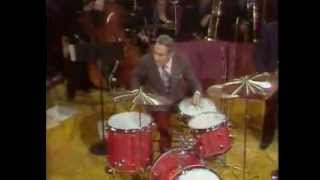