Close
Alan Caddy
from London, England
February 2, 1940 (age 81)
Biography
Alan Caddy may not have been as well-known as some of his contemporaries -- Hank B. Marvin or Big Jim Sullivan, for example -- but he was one of England's early guitar heroes, and he did belong to two renowned bands during his first five years of professional playing. He was born in the Chelsea section of London in 1940, and his father was a drummer in a dance band, in addition to owning and operating his own club. Caddy was a natural musician, possessed of a fine voice -- he was head chorister at the Emanuel School in Battersea -- as well as a natural ability on the violin, which allowed him to become leader of the school orchestra. He sang at Westminster Cathedral and also was a violin student at the Royal Academy of Music.

Soon after he entered his teens, however, skiffle and then rock & roll began sweeping across England. Carried along by the booming new sounds, Caddy gave up the violin in favor of the guitar. He left school at 17 and played guitar in his spare time, moving through several amateur and semi-professional groups in the Battersea area. One of those bands was the Five Nutters, a skiffle outfit that he joined in 1957, who were based in Willesden and played five nights a week at their own club, known as the KKK. They added a new singer that year, one Frederick Heath, who later started billing himself as Johnny Kidd -- and in short order, they were Johnny Kidd the Pirates. They were signed to the EMI imprint His Master's Voice, in 1959 -- between Caddy's ferocious lead guitar sound and Johnny Kidd's mournful, soul-drenched vocals, they made a huge name for themselves as a live act. Their records were somewhat more of a mixed bag, owing to their producer Walter J. Ridley's penchant -- as was the custom in those days -- for choosing the most mainstream compositions for the band to record. But they still managed to make some outstanding records, including Please Don't Touch, Growl, and You Got What It Takes.

The turning point for the band and Caddy came in May of 1960, when they were cutting Yes Sir, That's My Baby and an original B-side that they hadn't fully worked out, a Heath original called Shakin' All Over. Driven by Caddy's ominous and repetitive lead riff, and Kidd's soulful singing, the song was good enough to get the record flipped, and as the A-side, it reached number one on the U.K. charts, as well as becoming the first British rock & roll original to be embraced as an international rock standard.

That riff alone, oft learned and repeated by the likes of Pete Townshend of the Who, among countless others, became Caddy's claim to musical immortality. Unfortunately, he had little chance to follow it up on record, owing to EMI's inability to exploit the opening that the song gave them. A split with Kidd followed in 1961, as all of the Pirates abandoned the singer. (Ironically, when a new incarnation of the Pirates came together, it featured guitarist Mick Green, who achieved tremendous fame with the group and is usually -- and erroneously -- assumed to have created the riff for Shakin' All Over that actually came from Caddy). The guitarist, along with ex-Pirates drummer Clem Cattini, signed on for a stint as the backing band to Tommy Steele's brother Colin Hicks, in a group dubbed "the Cabin Boys" -- but Caddy and Cattini only remained with Hicks for six weeks before returning to England. Lightning struck a second time for Caddy, however, when he answered an ad in -Melody Maker and ended up -- along with Cattini -- being recruited into a new band being put together by producer Joe Meek, dubbed the Tornados. Meek, who had been a recording engineer in the '50s, had made a name for himself as an independent producer -- but he had no real musical training, and he came to rely on Caddy and his background, making the guitarist the band's de facto music director and arranger. Their first record disappeared without a trace, but their second single, entitled Telstar, swept the world, hitting the number one spot not only in England but, uncannily for the time, in America as well in 1962. The next two years were like a whirlwind for the bandmembers, who were suddenly stars in their own right -- they even got to cut an LP, Away from It All, that contained four tracks composed by Caddy.

His period with the Tornados was relatively short, only about two years, after which Caddy quit, and also walked away from the life of a musician. For all of his success as a guitarist, Caddy reportedly suffered from a terrible lack of confidence in his ability -- he'd lived with it and stood it for six years, but felt that it was time to switch gears in his career. What's more, in his time with the group writing and arranging, and watching Meek work, he'd seen what could be done with music behind the scenes, and toward that end he founded Sound Venture Productions, his own company. He was subsequently involved with Polydor and a producer/arranger, principally for Steve Rowland. While Rowland's own records never sold in large numbers, he later worked as a producer with the group Dave Dee, Dozy, Beaky, Mick and Tich, and came to rely on Caddy as an arranger for them. He also resumed working as a guitarist, for such acts as Dusty Springfield, Elkie Brooks, Kiki Dee, and the Pretty Things. During the '70s, he also worked with drummer-turned-producer Bobby Graham as an arranger, and recorded with the Alan Caddy Orchestra. And he played and served as arranger on recordings by one-time British teen idol Vince Eager. His past still occasionally caught up with him, and he would re-emerge as a guitarist every so often, at some relevant oldies show or other in England. And in 1991, he rejoined the original Tornados for a Joe Meek tribute concert, performing Telstar. Caddy passed away in 2000. ~ Bruce Eder, Rovi 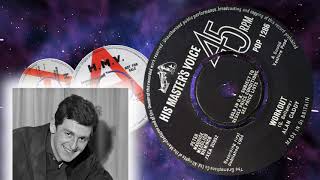 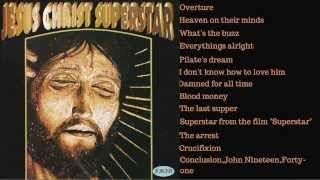 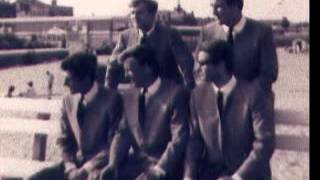 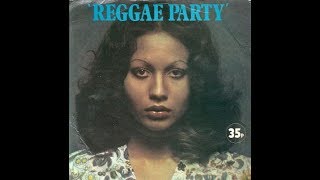 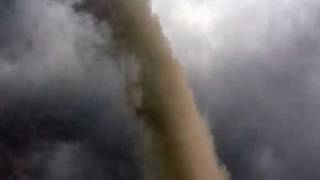