Close
Joe Gibbs
from Montego Bay, Jamaica
January 1, 1943 - February 21, 2008 (age 65)
Biography
Producer Joe Gibbs' (born Joel A. Gibson) career spans a healthy chunk of Jamaica's musical history. From the early days of rocksteady to '80s dancehall, Gibbs put together a slew of hits by such island stars as Pioneers, Dennis Brown, the Heptones, Culture, Frankie Paul, and Nicky Thomas. Along with his contemporary, producer Bunny Striker Lee, Gibbs can lay claim to being one of the most important of Jamaica's musical giants, due not only to the fact he stayed active for such a lengthy amount of time, but also because he was able to produce a consistent run of hits of the highest order.

Born in Montego Bay in 1945, Gibbs' sojourn as a producer began after he spent some time in the United States qualifying to be an electronics engineer. Upon returning to Jamaica, Gibbs set up his own TV repair shop at 32 Beeston Street, Kingston and eventually began selling records there as a sideline. Further exploring the local music scene, he also helped producer Ken Lack out as an assistant and record promoter. Gibbs soon began to strike out on his own, though, setting up a two-track studio in the back of his shop and recruiting the already established Lee Perry to oversee sessions -- Perry had already cut his teeth during the ska years as both an engineer and producer for Clement Coxsone Dodd and Prince Buster. Next, with the encouragement of Bunny Lee, Gibbs started his own Amalgamated label in 1967. The first single he produced, Roy Shirley's Hold Them, would eventually go down as what many feel is the first rocksteady song.

By 1968, Gibbs was in full swing as one of the island's most popular producers. And even though Perry would depart the same year to form his own Upsetters label, Gibbs kept on rolling by, enlisting the talents of the young Winston Niney Holness to carry on as session supervisor (the Perry split was apparently not the most amicable of business dealings, as evidenced by the subsequent release of Perry's pointed volley at Gibbs, People Funny Boy, and Gibbs' response, People Grudgeful Boy). Up until 1971, in fact, Gibbs released over a hundred singles, many of them smash hits. His roster at the time boasted some of Jamaica's top singers and groups, including Errol Dunkley, Ken Parker, Peter Tosh, the Versatiles, the Slickers, and of course Pioneers. Perry also cut a few sides while with Gibbs, including Kimble, Thank You, and his nom de plume song, The Upsetter. Gibbs, like many of the new crop of producers to emerge during the rocksteady period (Derrick Harriott, Clancy Eccles, Lloyd Daley, Lee, et al.), also cut many instrumentals under such leaders as tenor saxophonists Carl Cannonball Bryan and Tommy McCook and even delved into the burgeoning DJ terrain with fine work by Sir Lord Comic and innovator Count Matchuki. Holding the varied output together was Gibbs' main studio band during this first golden stretch, Lyn Taitt and the Jets. Along with McCook and Bryan, Taitt's stellar band also featured such revolving personnel as bassist Jackie Jackson, drummer Hugh Malcom, organists Aubrey Adams and Ansell Collins, pianist Gladstone Anderson, and guitarists Hux Brown and Lloyd Willis -- the horn section was no less distinguished, with the likes of trumpeters Johnny Dizzy Moore and Bobby Ellis and trombonist Vin Gordon sitting in on many a record. Adding to this hefty arsenal, Gibbs also enlisted the help of another hot band of the period, the Hippy Boys, which featured the Barrett Brothers rhythm tandem, guitarist Alva Lewis, and organist Lloyd Charmers.

As 197O rolled around and rocksteady evolved into the sounds of early reggae, Gibbs found his first international success with Nicky Thomas' Love of the Common People, which went number nine in the U.K. that summer. At the same time, Gibbs began expanding his holdings by introducing three new labels, Jogib, Shock, and Pressure Beat. He also opened his New York Record Mart at 11 South Parade, Kingston and set up his own two-track studio in the Duhaney Park district. During this time, Gibbs released fine sides by the Ethiopians, Parker, Delroy Wilson, and the Heptones (including the two very popular volumes of The Heptones and Friends).

In 1972, Gibbs switched his studio operations to 20 North Parade, Kingston and soon cut one of his best-known hits, Dennis Brown's Money in My Pocket. At this time, Gibbs also teamed up with the engineer Errol Thompson, who had already been working at Randy's Studio for several years. The two men would go on to produce more than 100 number one records over the next several years and eventually become known as the Mighty Two.

By 1975, Gibbs relocated once again, this time building a 16-track studio and record pressing plant at 24 Retirement Crescent, Kingston. The hits kept coming, sometimes on such additional Gibbs' imprints as Crazy Joe, Town Country, and Reflections. Along with more smashes from Brown, Gibbs, and Thompson also found gold with, such as the Mighty Diamonds' Ghetto Living and Sylford Walker's Burn Babylon, as well as by way of a variety of successful cuts by Gregory Isaacs, Jacob Miller, Prince Alla, Junior Byles, and Dennis Walks. It was also at this time that Gibbs released the influential roots record, Two Sevens Clash by Culture -- the album would not only bring fame to the group in Jamaica, but it would find a receptive audience with English punks a few years later.

Gibbs also continued releasing instrumentals, in addition to some very fine dub sides. Along with his '70s band, the Professionals -- which included bassists Lloyd Parks and Robbie Shakespeare, drummer Sly Dunbar, guitarists Earl Chinna Smith and Bingi Bunny, organist Ossie Hibbert, and various alumni from the Jets -- Gibbs and Thompson put out such classics as the State of Emergency album and the four volumes of the African Dub series. Aside from many Studio One and Treasure Isle rhythms, these instrumental and dub sides also featured many tracks Gibbs used for his own vocal hits.

From 1977 until the end of the decade, Gibbs and Thompson continued to score hits. Starting with Marcia Aitken's reworking of the Alton Ellis song, I'm Still in Love (With You), as a base, Gibbs spun off such popular versions as Trinity's DJ smash Three Piece Suit and Thing and Althea and Donna's amusing Uptown Top Ranking. The latter song would soon find its way to the top of the English charts by the beginning of 1978. Of course, Gibbs continued to find success with the great Dennis Brown. In 1979, Brown and the Mighty Two put out two of the singers best albums, Words of Wisdom and Joseph's Coat of Many Colors -- along with a fine version of Marley's Slave Driver, the album also featured a very successful reworking of Brown's first Gibbs hit, Money in My Pocket. And to compliment all the vocal, dub, and instrumental sides, Gibbs revisited his earlier DJ work with fine work by Big Youth, Prince Jazzbo, Ranking Joe, Dillinger, I Roy, Lui Lepke, Clint Eastwood, and Kojak Lisa. More vocals flowed, too, namely hits by John Holt, Barrington Levy, Cornel Campbell, and Beresford Hammond.

Unfortunately, Gibbs also spent many years during this golden period in court. The dispute was over the copyright for Charley Pride's Somebody Loves You, which Gibbs reworked into a J.C. Lodge hit cover. The legal battle eventually forced Gibbs to drop out of the recording business, leaving him financially strapped. For the latter half of the '80s and early '90, Gibbs stayed out of sight but was still able to keep connected to his legacy through his son Carl's Miami-based Rocky One label, which re-released several of Gibbs' records from the rocksteady, reggae, and early-dancehall days.

By 1993, Gibbs had recovered and eventually rebuilt his studio at 24 Retirement Crescent. He also regrouped with longtime partner Errol Thompson and brought in Pioneers vocalist Sidney Luddy Crooks to beef up the Mighty Two production team. Quality recordings soon came to the fore, including tracks by Alton Ellis, Gregory Isaacs, Eric Donaldson, Lloyd Parks, and Tanya Stevens. By 1998, Gibbs would even set up his own offices in Miami and Brazil.

During the '90s, this most illustrious of Jamaican producers got the kind of reissue program he so richly deserves. On top of several Rocky One compilations and discs under the Joe Gibbs Enterprises umbrella (including two CDs covering the African Dub Almighty records), Trojan has released a handful of discs taking in Gibbs' rocksteady and early-reggae period, including The Reggae Train, Joe Gibbs Mood, Get On Up!, and Jackpot of Hits: Explosive Rocksteady. Trojan has also put out the Uptown Top Ranking collection, which rounds up a generous helping of Gibbs' '70s hits. In 2001, the label honored Gibbs with an anthology, Love of the Common People, which covers his prime 1967-1979 period. Gibbs' rocksteady and reggae singles can also be found on a few compilations on Heartbeat (including Explosive Rock Steady: Joe Gibbs' Amalgamated Label), as well as on several other English compilations -- many of which are now out of print. ~ Stephen Cook, Rovi 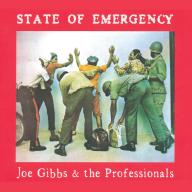 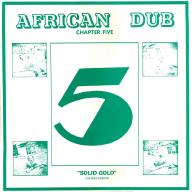 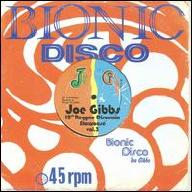 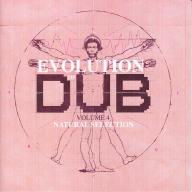 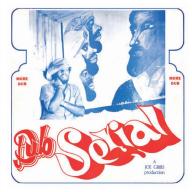 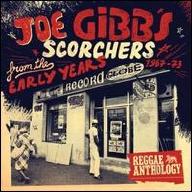 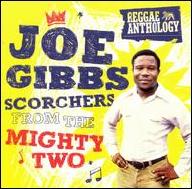 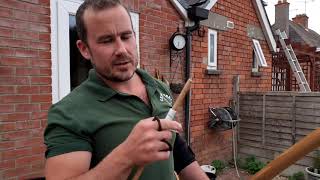 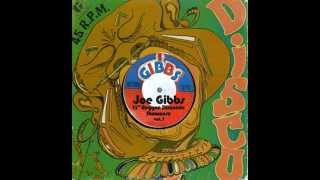 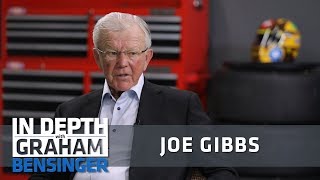 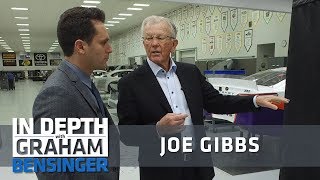 Joe Gibbs: Tour of my headquarters 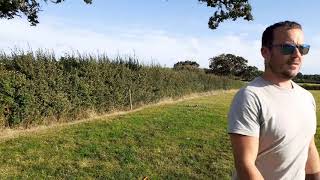 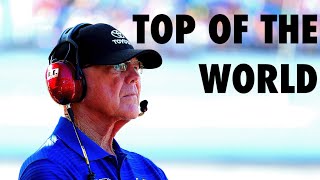