Close
Miguel Zenón
from San Juan, Puerto Rico
December 30, 1976 (age 44)
Biography
Saxophonist and composer Miguel Zenón is one of a select group of jazz musicians who have successfully navigated the often-contradictory poles of innovation and tradition. A multi-Grammy nominee, he has developed a unique voice as a composer and conceptualist, concentrating his efforts on perfecting a fine mix between Latin American folk music and jazz. In addition to his numerous dates as a bandleader, Zenón has worked as a sideman with many artists including Charlie Haden, David Sánchez, Ray Barretto, and Michele Rosewoman, and has lectured and taught master classes all over the globe. While Looking Forward, his 2002 leader debut on Fresh Sounds, generated acclaim from the jazz press, the five albums he released for Marsalis Music between 2004's Ceremonial and 2011's Alma Adentro: The Puerto Rican Songbook, etched his place as an innovator folklorist in the jazz canon, garnering multiple Grammy nominations and several fellowships, including a Guggenheim in 2008 -- the same year he won a MacArthur Foundation Award (aka the "genius grant"). His longstanding quartet with Luis Perdomo, bassist Hans Glawischnig, and drummer Antonio Sanchez (the latter was replaced by Henry Cole) has remained near constant throughout his career. Later albums such as 2017's high-charting Tipico and 2018's Yo Soy La Tradición (a collaboration with the string group Spektral Quartet) have only furthered his reputation.

A native of San Juan, Puerto Rico, Zenón dug Coltrane in high school but didn't get serious about a career in jazz until attending the Berklee School of Music. While at Berklee, he hooked up with drummer Bob Moses, who invited him to play with the Either/Orchestra, giving the saxophonist his first professional experience. Awards and grants led to Zenón pursuing and earning a master's degree in saxophone performance in 2001 from the Manhattan School of Music in New York City.

Looking Forward, Zenón's debut album as a leader, appeared in 2002. It fused jazz, Latin, and classical influences, and earned positive reviews at home and abroad. In 2003, he and his Rhythm Collective quartet were selected by the Kennedy Center's Jazz Ambassadors program to teach and perform in West Africa. That same year, he recorded his sophomore effort, Ceremonial, which was produced by Branford Marsalis and released on the Marsalis Music label in early 2004. Also in 2004, he recorded as a founding member of the SFJAZZ Collective. In 2005, he and Brian Lynch co-headlined a date entitled 24/7, and later in the year released the groundbreaking Jibaro, a jazz tribute to "la música jíbara" -- a string-based folkloric music popular in the Puerto Rican countryside -- that ended up on many critics' year-end lists.

Throughout 2006 and 2007, Zenón kept busy. He recorded with the SFJAZZ Collective and was part of their world tour, and he played on pianist Edsel Gomez's debut offering, Cubist Music. The saxophonist had a momentous 2008. His Awake album was issued by Marsalis Music to widespread critical acclaim, and he received a MacArthur Foundation Award and a fellowship from the John Simon Guggenheim Foundation. His Esta Plena album appeared in 2009.

In 2013, Zenón issued the first offering from his own Miel Music label, Oye! Live in Puerto Rico, which documented his reunion with the Rhythm Collective band. A year later, he earned another Grammy nomination, this time for Best Latin Jazz Album, for Identities Are Changeable. In 2017, the saxophonist released Tipico, a quartet album with his longtime working ensemble featuring pianist Luis Perdomo, bassist Hans Glawischnig, and drummer Henry Cole. The following year, Zenón released Yo Soy La Tradición in collaboration with Chicago's Spektral Quartet. It featured jazz interpretations of traditional music from Puerto Rico. The set's second track, "Cadenas," was nominated for a 2019 Grammy Award for Best Improvised Jazz Solo. Also in 2019, Zenón released Sonero: The Music of Ismael Rivera with his longtime quartet (pianist Luis Perdomo, bassist Hans Glawischnig, and drummer Henry Cole). Rather than simply reinterpret the salsero's iconic songs, Zenón reassembled them, creating new pieces based on small details from his subject's recordings like a melodic phrase, a horn riff, a bass ostinato, etc. Released at the end of August, Sonero peaked at number 12 on the jazz albums charts. ~ David Jeffries, Rovi 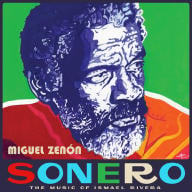 Sonero: The Music of Ismael Rivera
2019 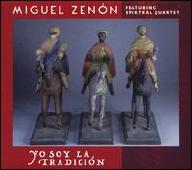 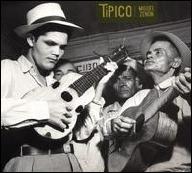 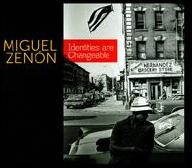 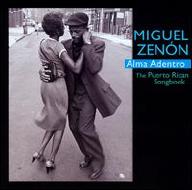 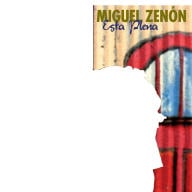 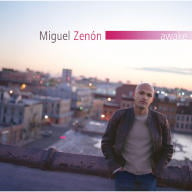 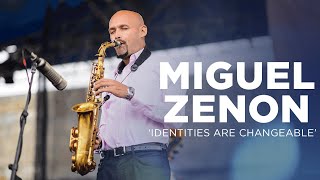 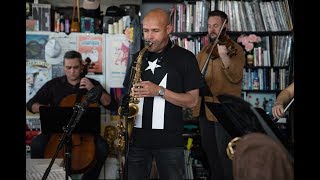 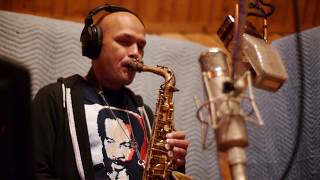 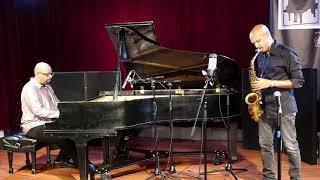 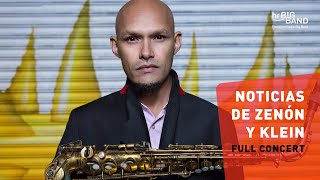 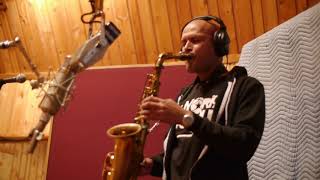 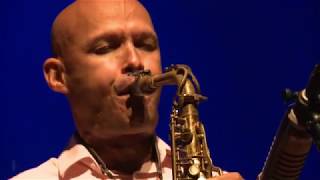