Close
Pat Boone
from Jacksonville, FL
June 1, 1934 (age 87)
Biography
In the years immediately prior to the British Invasion, only one performer rivaled the chart dominance of Elvis Presley, and that was Pat Boone. With his trademark white buck shoes, perfectly combed hair and gleaming smile, Boone was the very essence of wholesome American values, and at a time when the rise of rock & roll was viewed as a sign of the apocalypse, he made the music appear safe and non-threatening, earning some 38 Top 40 hits in the process. It's fitting that his achievements rank closest to those of Presley; after all, both claimed the sound of Black R&B culture for their own, in the process straddling both sides of the color line and popularizing a form of music which otherwise might never have gained widespread acceptance. Of course, while Elvis -- with his flashy suits, swiveling hips, and suggestive leer -- remained persona non grata throughout many corners of mainstream America, Boone was embraced by teens and parents alike; his music polished rock's rough edges away, making songs like "Tutti Frutti" and "Ain't That a Shame" palatable to white audiences raised on the soothing pop traditions of a vanishing era.

Charles Eugene Patrick Boone was born June 1, 1934 in Jacksonville, Florida; a descendant of American frontier hero Daniel Boone; he attended high school in Nashville, and was voted student body president. After graduating, Boone married Shirley Foley, the daughter of country star Red Foley, and after a period at Nashville's David Lipscomb College, he transferred to North Texas State University. There, after taking top honors at a local talent show, he earned the right to appear on the The Ted Mack Amateur Hour, leading to a year-long tenure on The Arthur Godfrey Show. In 1954, Boone made his first recordings for the small Republic label, followed a year later by his Dot Records debut "Two Hearts, Two Kisses." As 1955 drew to a close, he notched his first number one hit, a sedate rendition of Fats Domino's aforementioned "Ain't That a Shame"; in the years to come he would record numerous cover versions of songs first credited to Black performers, among them Little Richard, the El Dorados, the Flamingos, and Ivory Joe Hunter -- indeed, to the chagrin of purists, for many listeners Boone's records remain better-known than the original performances.

Between 1956 and 1963, Boone made some 54 chart appearances, many of them with two-sided hits; his biggest smashes included the number one records "Don't Forbid Me," "Love Letters in the Sand," and "April Love," all three issued in 1957. That year he also began hosting his own ABC television series, The Pat Boone-Chevy Showroom; he also conquered film, starring in 15 features including 1957's Bernadine and April Love. Although his TV program ceased production in 1960, Boone remained a major star as the new decade dawned, and in 1961 again topped the charts with "Moody River." He even became an author, writing a series of self-help books for adolescents including Twixt Twelve and Twenty, Between You, Me and the Gatepost, and The Care and Feeding of Parents. Although the rise of Beatlemania put the brakes on Boone's run as a teen idol -- after 1962, he failed to crack the Top 40 again -- he continued recording for Dot through the late '60s, and in his live performances he regularly appeared with his wife and their four daughters, further reinforcing his family-friendly image.

By the '70s, Boone had shifted almost exclusively to recording gospel material, although he later scored a handful of country hits (on, of all places, Motown); in 1977, his daughter Debby topped the charts with a smash of her own, the wedding perennial "You Light Up My Life." In 1981, Boone published Pray to Win, and in 1983 he began hosting a long-lived contemporary Christian syndicated radio show, all in addition to his extensive charity work. While his recording career continued to taper off, he did issue "Let Me Live," which became an anthem for the anti-choice movement. By and large, Boone spent much of the '80s and '90s out of the secular media spotlight, but in 1997 he made a splash with the LP No More Mr. Nice Guy, a tongue-in-cheek collection of covers of heavy metal tunes like "Smoke on the Water" and "Stairway to Heaven." Much of the singer's Christian contingent failed to get the joke, however, and after Boone appeared at the American Music Awards clad in black leather and sporting temporary tattoos, he was dismissed from his Trinity Broadcasting Network program Gospel America.

The new century brought a regular if not prolific release schedule from the vocalist. A diverse batch of albums that included Christmas songs, patriotic standards, a tribute to the Ink Spots, an album of classic R&B tunes, and 2015's Pat Boone's Favorite Bible Stories Sing-Along Songs appeared amid his continued charitable endeavors and advocacy of conservative politics. ~ Jason Ankeny, Rovi 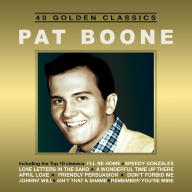 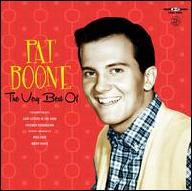 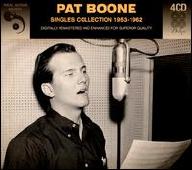 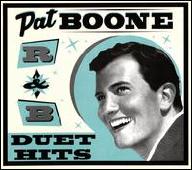 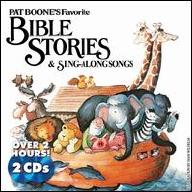 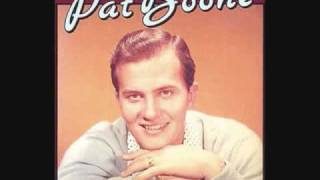 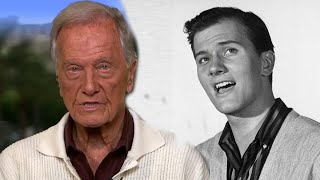 The Life and Tragic Ending of Pat Boone 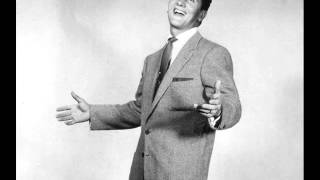 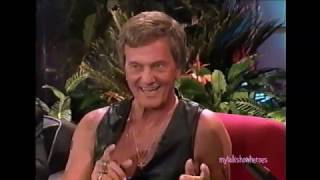