Close
Betty Comden
from New York, NY
May 3, 1917 - November 23, 2006 (age 89)
Biography
The songwriting and screenwriting duo of Betty Comden and Adolph Green created some of the most enduring and beloved musical comedies of the post-war era, reaching their apex with 1952's #Singin' in the Rain, widely acclaimed as the greatest film musical ever made. Comden was born Elizabeth Basya Comden on May 3, 1919, in New York City, studying science before pursuing a career in acting; during the late '30s, she befriended Green, himself an aspiring actor as well, and together they formed the Revuers with pal Judy Tuvim. Financial limitations forced the trio to compose their own material and together, Comden and Green became increasingly adept at writing lyrics and librettos; their friend Leonard Bernstein was sufficiently impressed enough to invite the duo to work on his musical adaptation of the Jerome Robbins ballet +Fancy Free, retitled +On the Town. The musical premiered on Broadway in 1944 and was an immediate smash; Comden and Green next collaborated with composer Morton Gould on 1945's +Million Dollar Baby before heeding the call of Hollywood for the 1947 screen musical #Good News. Both #The Barkleys of Broadway and #Take Me Out to the Ball Game debuted two years later, along with the film adaptation of #On the Town; ironically, #Singin' in the Rain was not a box-office success at the time of its original release, but is now the gold standard by which movie musicals are judged.

After completing work on another film masterpiece, 1953's #The Band Wagon, Comden and Green returned their focus to Broadway, reuniting with Bernstein for +Wonderful Town; an extended collaboration with Jule Styne yielded a series of hits, including +Two on the Aisle, +Peter Pan, +Hallelujah, Baby!, and +Bells Are Ringing, the latter featuring fellow Revuers alum Tuvim (or, as she was now much better known, Judy Holliday). 1955's #It's Always Fair Weather closed out the duo's long run at MGM and they moved to Warner Bros. for 1958's #Auntie Mame, concurrently co-starring in their own two-person stage show. 1964's satirical #What a Way to Go was their final screen collaboration and in the decades to follow, their stage projects appeared less frequently as well, although 1970's #Applause and 1978's #On the Twentieth Century recaptured the glories of their past. With 1991's +The Will Rogers Follies, Comden and Green returned to their rightful prominence, earning a Tony Award for their efforts; that same year, they were also announced as recipients of the annual Kennedy Center Honors. Additionally, she is a member of the Songwriters Hall of Fame and the Theatre Hall of Fame and in 1995, Comden published her autobiography -Off Stage. ~ Jason Ankeny, Rovi 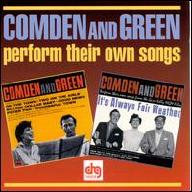 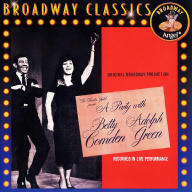 A Party With Betty Comden And Adolph Green
1959 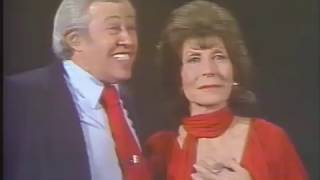 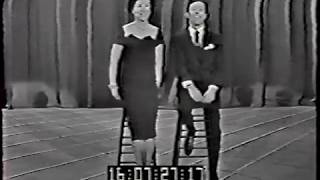 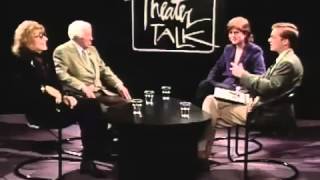 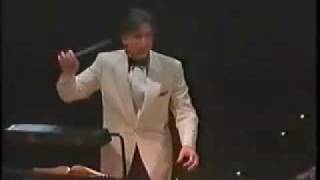 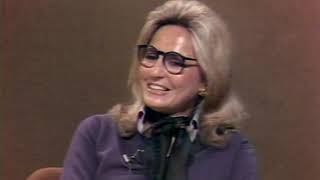 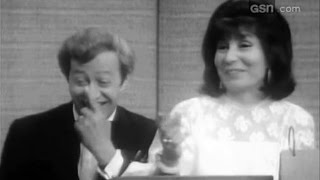 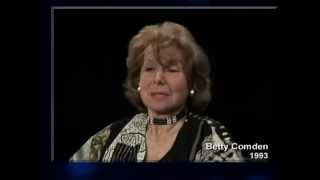