Close
Keith Richards
from Dartford, Kent, England
December 18, 1943 (age 78)
Biography
Arguably the best and most influential rhythm guitarist in the history of rock & roll, Keith Richards was the principle architect of the sound that would make the Rolling Stones one of rock's most iconic bands. Blessed with excellent timing and a minimalist style that cut deep without wasted moves, Richards borrowed from the playbooks of Chuck Berry and a number of classic blues players to formulate a sound that was decisively his own, and would in turn be borrowed by countless guitarists who aped his moved but rarely with the same impact. The taut angles of Richards' melodic sense would also dominate his songwriting with vocalist Mick Jagger, who co-wrote nearly all of the group's best-known songs. If the Stones were widely perceived as rock's ultimate bad boys in their heyday, Richards was the man who led their charge, and his swaggering style, outlaw attitude, brushes with the law, and outsized consumption of drugs and alcohol created a legend that could fill a book (and did when Richards published his memoirs, Life, in 2010). The Stones started out as blues purists, with Brian Jones' lead work meshing with Keith's rhythms, but as they expanded their palette throughout the '60s with Jones' experimentalism, it was Richards who kept their music grounded in rock and blues traditions. After Jones departed from the band, Richards took greater control of the Stones' music, and in tandem with Charlie Watts' less-is-more backbeat, he generated a sinewy groove that would propel masterpieces like Sticky Fingers and Exile on Main St. Richards' commitment to the Stones was strong enough that it took the near-collapse of the band and Jagger stepping out as a solo artist for him to finally release an album under his own banner, 1988's Talk Is Cheap. Passionate, elemental, and founded in vintage blues, R&B, and rock & roll, Talk Is Cheap was a near-definitive statement of what Keith brought to the table in the Rolling Stones, and while he and Jagger would reconcile and continue working together in the band, Richards would occasionally cut solo sets that allowed him to put his musical vision front and center.

Keith Richards was born December 18, 1943 in Dartford, Kent on the southern outskirts of London. When he was just an infant, his family had to be temporarily evacuated from their home during the Nazi bombing campaign of 1944. In 1951, while attending primary school, Richards first met and befriended Mick Jagger, although they would be split up three years later when they moved on to different schools. By this age, Richards had already become interested in music, and was an especially big fan of Roy Rogers; in his very early adolescence, he sang in a choir that performed for the Queen herself, although he was forced to quit when his voice changed. Around that time, he became interested in American rock & roll and began playing guitar, with initial guidance from his grandfather. Behavior problems at school led to Richards' expulsion in 1959, but the headmaster thought he might find a niche as an artist, and Richards was sent to Sidcup Art School. There he met future Pretty Things guitarist Dick Taylor, who at the time was playing in a blues band with Jagger. Discovering their new mutual interest, Richards and Jagger struck up their friendship all over again, and Richards joined their band not long after. Over the next couple of years, that band evolved into the Rolling Stones, who officially debuted on-stage in the summer of 1962 (by which time Richards had left school).

The rest was history -- initially a blues and R&B covers band, the Stones branched out into original material penned by Jagger and Richards. The duo took some time and practice to develop into professional-quality songwriters, but by 1965 they'd hit their stride. "(I Can't Get No) Satisfaction" made them superstars in the States as well as the U.K., boasting one of rock's all-time great guitar riffs, which Richards played into a tape recorder in the middle of the night and didn't recall writing when he heard the tape the next morning. With their menacing, aggressively sexual image, the Stones became targets for British police bent on quelling this new threat to public decency, and Richards suffered his first drug bust in 1967 when police raided his residence and found amphetamines in the coat pocket of Jagger's girlfriend, singer Marianne Faithfull. Richards was convicted of allowing the activity on his premises and sentenced to a year in prison, but public furor over the trumped-up nature of the charges and the purely circumstantial evidence prompted a hasty reversal of the decision. The same year, Richards hooked up with bandmate Brian Jones' former girlfriend, model/actress Anita Pallenberg; although the two never officially married, they remained together (more or less) for the next 12 years, and had two children (Marlon in 1968, and Angela in 1972).

After the death of Brian Jones in 1969, the Stones became a more straightforward, hard-rocking outfit, and Richards' guitar took center stage more than ever before. By this era, he'd taken to calling himself Keith Richard, simply because he thought it sounded better without the s. Privately, the band was sinking further into decadence, clearly audible on its early-'70s masterpieces Sticky Fingers and Exile on Main St. However, Richards' burgeoning heroin addiction began to affect the consistency of the band's recordings for the next few years. Additionally, he ran into more legal troubles; his French villa was the subject of a drug raid in 1972, as was his British residence the following year. (Rumors dating from this era that Richards had all of his blood replaced in a cleanup effort, while entertaining, were not true.) In 1976-1977, Richards entered the studio for a few solo sessions, but the only result to see the light of day was the Christmas single "Run Rudolph Run" (issued in 1978). Perhaps the lack of productivity was due to the fact that Richards was in the middle of the most difficult period of his life.

In 1976, Richards' infant son Tara, his third child by Pallenberg, died suddenly; the official cause was Sudden Infant Death Syndrome (SIDS), although unsubstantiated rumors about the couple's drug abuse played a factor circulated as well. In early 1977, Richards was busted for possession of cocaine, and faced the most serious charges of his life when, in Toronto, he was caught in possession of heroin. He narrowly escaped serving jail time, agreeing to perform a charity concert for the blind and enter drug rehabilitation in the United States. The scare convinced him to clean up, and when the Stones returned in 1978 with Some Girls, it was acclaimed as their strongest, most focused work in years, and helped rejuvenate their popularity as an arena rock attraction. Things went sailing along smoothly for the next few years, and Richards even officially married for the first time in 1983, wedding Patti Hansen, who would bear him two more daughters, Theodora and Alexandra (he and Pallenberg had finally split in 1979). However, around the same time, Jagger decided the Stones should take a new direction more in line with contemporary pop; Richards refused, and Jagger embarked on a solo career that began to take priority over the Stones. It ignited a very public feud between the two, and rumors of the Stones' imminent demise swirled over the next few years. When Jagger refused to tour behind 1986's Dirty Work in order to record his second solo album, Richards retaliated by going out on his own, forming a backing band he dubbed the Xpensive Winos.

Richards released his first solo album, Talk Is Cheap, in 1988. Both critically and commercially, it was a far greater success than Jagger's Primitive Cool. Reviews were generally quite complimentary, calling it a solid rock & roll record; and, buoyed by the minor hit single and MTV favorite "Take It So Hard," Talk Is Cheap went gold. Richards embarked on a supporting tour that produced the concert album Live at the Hollywood Palladium, released three years later, and his success convinced Jagger to return to the fold (of course, the relative failure of his own solo venture helped). Their future thus seemingly assured, the Stones had their biggest success in some time with the 1989 album Steel Wheels and its blockbuster supporting tour. In the early '90s, Richards and Jagger once again began working on solo projects, but this time with the understanding that nothing took precedence over the Stones; Richards' second studio album, Main Offender, was issued in 1992, and again received fairly solid notices, although it didn't get quite the same commercial exposure.

Richards returned to the Rolling Stones for 1994's Voodoo Lounge and then spent the better part of the next two decades within the Stones' orbit as they regularly toured and sometimes recorded. During his downtime from the band, Richards indulged his interest in Rastafarian culture by producing and playing on the 1997 album Wingless Angels with reggae veteran Justin Hinds, documenting Rasta spiritual music that falls outside the strict boundaries of reggae. After 2005's A Bigger Bang, studio work for the Stones slowed -- they'd polish up some outtakes for deluxe reissues of Exile on Main St. and Some Girls in the 2010s -- allowing Richards to pursue some extracurricular activities. He appeared on various records, usually ones made by his blues or rock heroes, and had a cameo as Johnny Depp's pirate father in 2007's Pirates of the Caribbean: At World's End. His next big project was the publication of his weighty autobiography Life in October 2010. Acclaimed as one of the best rock memoirs, Life was a bestseller and helped shore up Richards' reputation as a sharp, incisive musician and raconteur. The Rolling Stones began to celebrate their 50th anniversary in 2012, playing a handful of big shows, and they continued touring into 2015. During all this, Richards began work on his third album, once again playing with his band the X-Pensive Winos. Entitled Crosseyed Heart, the record saw release on September 18, 2015, accompanied by the release of a documentary called Under the Influence. A bit more than 30 years after its release, Richards brought out an expanded edition of Talk Is Cheap that included six unreleased bonus tracks from the original recording sessions. ~ Steve Huey & Mark Deming, Rovi 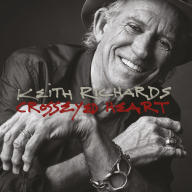 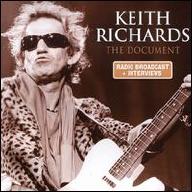 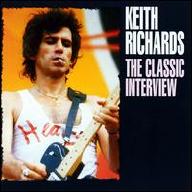 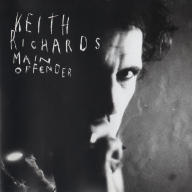 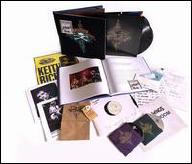 Live at the Hollywood Palladium
1991 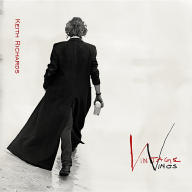 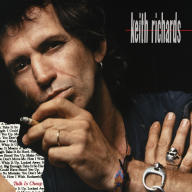 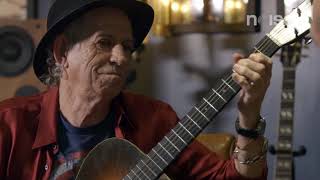 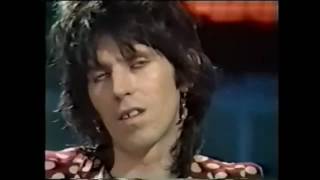 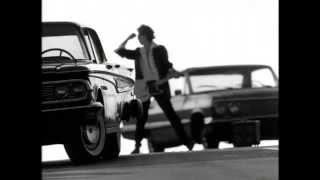 Keith Richards - Wicked As It Seems - from Main Offender 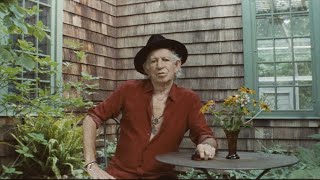 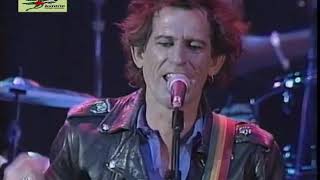 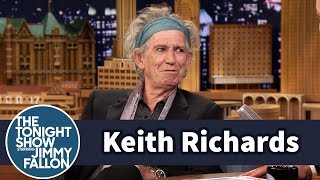 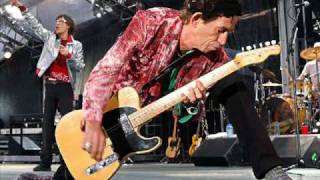