Close
African Brothers
Biography
The African Brothers' powerful cultural singles helped lay the foundation for the rise of roots. The group was formed in the late '60s by Derrick Bubbles Howard, Dessie Roots Young, and Winston Tony Tuff Morris, and initially Howard fronted the band. In this form, they cut their first single, Behold I Love, for C. Hanna. Young left soon after for a solo career, and the remaining Brothers then enlisted eager schoolboy Lincoln Sugar Minott. As Morris was the only member with real musical experience, after a time he took over the lead. Still the trio struggled, although things brightened in the new decade as a number of producers began taking an interest. The Brothers cut the simmering Hold Tight for Clive Chin, the potent Mysterious Nature for Rupie Edwards, and a pair of numbers for Duke Thewell, Party Night and Torturing, the latter two their first to make an impact on the sound systems. With the African Brothers having modeled themselves on the Abyssinians, Minott was keen to record at Studio One, and the trio finally got its chance in 1971. There they cut No Cup No Brook, their first and last single for Coxsone Dodd, as much to Minott's dismay, Howard and Tuff were convinced the producer was pocketing their royalties.

At this point the Brothers began self-producing, and a stream of strong singles arrived, many on their own Ital label. How Long, Youths of Today (Minott's debut on lead), Lead Us Father, and Righteous Kingdom, the latter two arguably their best and most popular singles, were all released on Ital. Tuff's powerful leads, his bandmates' subtle, close harmonies, and the militant riddims that underpinned their songs all garnered attention, and the trio was approached by several producers with an eye for an album. All were refused, as none offered a recompense the band thought fair. Ahead of their time and musically out of place, the African Brothers disintegrated in the mid-'70s, with Tuff and Minott launching solo careers and Howard moving into production. Their singles left their mark, but without an album, the trio's name soon faded. Easy Star righted that injustice in 2001, bundling together most of their crucial singles for the Want Some Freedom compilation, while Nature Sounds rounded up their dubs for 2005's African Brothers Meets King Tubby in Dub set. ~ Jo-Ann Greene, Rovi 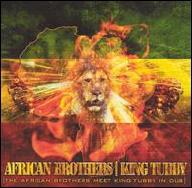 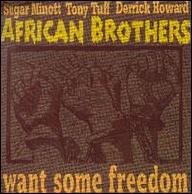 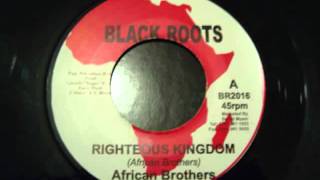 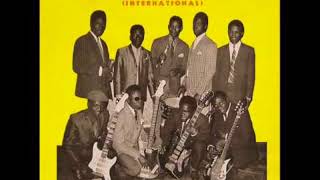 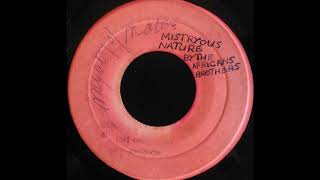 THE AFRICAN BROTHERS - Mystery Of Nature 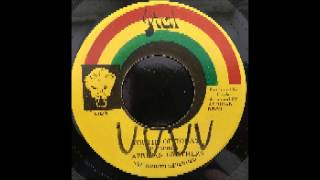 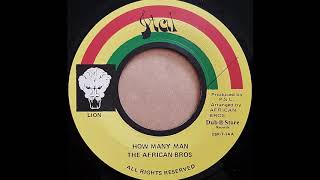 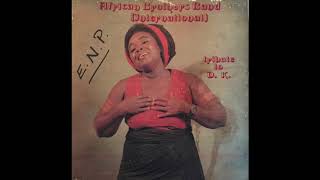 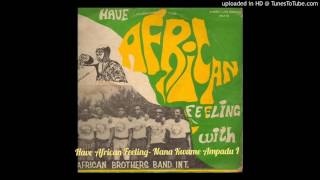