Close
Big Sid Catlett
from Evansville, IN
January 17, 1910 - March 25, 1951 (age 41)
Biography
Big Sid Catlett was one of the most flexible drummers in the history of jazz. On one hand, Catlett was skilled enough in the pre-modern styles to be Louis Armstrong's favorite percussionist; on the other, Catlett's powerful swing and generous adaptability allowed him to play commendably on the early Parker/Gillespie bop sides. Catlett excelled particularly as a combo drummer in the swing era. A sensitive player possessing great drive and spirit, he was every bit the equal of such better-known contemporaries as Jo Jones or Gene Krupa.

As a child in Chicago, Catlett played the piano and learned the rudiments of drumming. His first professional gig was with Darnell Howard in 1928. Catlett played with other undistinguished Chicago bands before moving to New York in 1930. There he became a hired gun, working and recording with Benny Carter (1932), McKinney's Cotton Pickers (1934-1935), Fletcher Henderson (1936), and Don Redman (1936-1938). Catlett became Louis Armstrong's drummer of choice, from 1938-1942 he was featured with Pops' big band. In 1941, he played with a particularly excellent Benny Goodman big band that also included trumpeters Billy Butterfield and Cootie Williams. He also joined Duke Ellington briefly in 1945. Catlett led his own bands throughout the '40s, and played with pianist Teddy Wilson for a time around 1948. He played Dixieland with Armstrong's All-Stars from 1947-1949. Though Catlett was not a bebop drummer per se, he made an effort to accommodate the new music. He played on one of the first bop recording dates in 1945, a session that produced the classic early Gillespie/Parker sides. Catlett was forced to quit touring in 1949 due to ill health, but he continued to play, becoming the house drummer at a Chicago club, Jazz, Ltd. He also worked with Eddie Condon and John Kirby in New York in his final years. In early 1951, Catlett suffered from a bout of pneumonia; in March he collapsed and died of a heart attack. ~ Chris Kelsey, Rovi 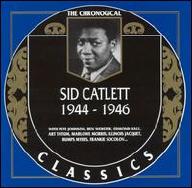 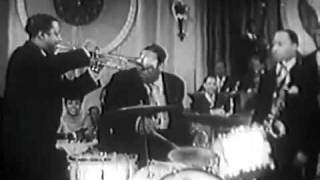 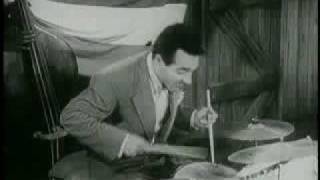 Big Sid Catlett & Gene Krupa in "Boy, What a Girl" 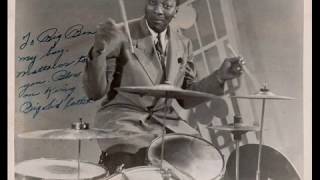 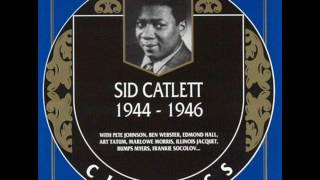 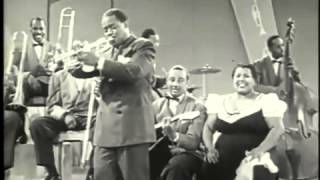 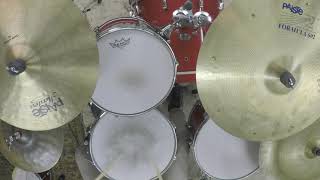 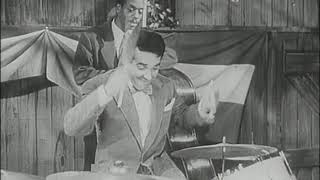