Close
Narada Michael Walden
from Kalamazoo, MI
April 23, 1952 (age 69)
Biography
Drummer/songwriter/producer/vocalist Narada Michael Walden's career spans over three decades and is threaded with gold, platinum, and multi-platinum awards. He's produced and/or (co) written number one hits by Whitney Houston, Mariah Carey (Vision of Love), Aretha Franklin (Freeway of Love), and Lisa Fischer (How Can I Ease the Pain). His proficient drumming skills have made him a first-call session musician playing on countless recording sessions.Walden has played on all kind of sessions from rock, jazz, pop, R&B, to fusion, sharing the recording and concert stage with the likes of John McLaughlin, the Mahavishnu Orchestra (a 21-year-old Narada replaced drumming legend Billy Cobham), and Jeff Beck (his Wired album) to name a small few. His own career as a recording artist is showcased on Rhino's Ecstasy's Dance: The Best of Narada Michael Walden. Walden's eclecticism is threaded throughout his recordings in varying degrees.

In the '80s, he became a Grammy-winning mega-producer: Producer of the Year in 1987, Album of the Year for the 1993 movie soundtrack The Bodyguard (Narada Michael Walden, producer), and the Song of the Year award in 1985 for writing Aretha Franklin's Freeway of Love. The song helped the Queen of Soul land her first platinum album. Walden was named one of the Top Ten Producers With the Most Number One Hits by Billboard magazine. Narada produced the Temptations' Stay, the group's first number one record in 25 years from their platinum-plus Grammy-nominated Phoenix Rising. He also produced tracks for their follow-up album, Ear-Resistable issued by Motown/Universal on May 16, 2000.

Born April 23, 1952, in Kalamazoo, MI, Walden was given the name Narada by guru Sri Chinmoy. After college graduation, he trekked to Miami, FL, playing in various rock bands. Signing with Atlantic Records, his debut album, Garden of Love Light, included the mid-tempo Delightful, which charted at 81 R&B in spring 1977. His next LP, I Cry I Smile, boasted the sweet So Long and the radio-aired LP tracks the languid I Need Your Love, the delicious I Remember, and the charming Better Man. Even though these top-notch tracks received airplay in Chicago and other markets, other than Better Man, none were released as singles. Instead, the label picked Soulbird and Manago Bop, which worked well as album tracks, but not singles.

The Awakening proved to be his breakthrough album, going to number 15 R&B in spring 1979 on the strength of the brassy I Don't Want Nobody Else (To Dance With You). Awakening radio-aired LP tracks were the airy Listen to Me and the jubilant album opener Love Me Only (also arranged by Patrick Adams). Awakening also featured top session bassist Keni Burke, formerly of the Five Stairsteps and best known for his own Risin' to the Top.

His second highest charting single, I Shoulda Loved Ya, hit number four R&B in late 1979. It was on his The Dance of Life (number nine R&B, late 1979), which included the gentle ballad Why Did You Turn Me On. You're #1 and Summer Lady were both on his Confidence LP from summer 1982. Walden's cover of the Four Tops' Reach Out I'll Be There, Reach Out, a huge dance hit, was listed on Looking at You, Looking at Me, which charted in spring 1983. Switching to Warner Bros., his duet with Patti Austin, the Motown-ish pop confection, Gimme Gimme Gimme, issued as Narada Michael Walden with Patti Austin, went to number 39 R&B in early 1985 and was listed on his The Nature of Things album. His single Divine Emotions on the Warner Bros. imprint Reprise Records appeared in the Michael J. Fox movie #Bright Lights, Big City. The Divine Emotion LP included the charting mellow single Wild Thing and the smooth, chugging, radio-aired LP track That's the Way That I Feel About Cha. His 1995 Toshiba/EMI album was titled Sending Love to Everyone. 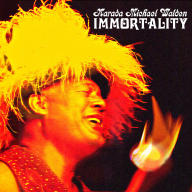 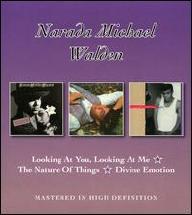 Looking at You, Looking at Me/The Nature of Things/Divine Em
2018 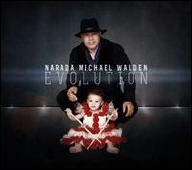 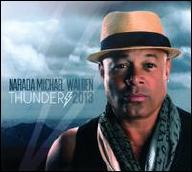 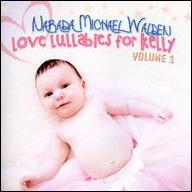 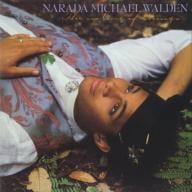 The Nature Of Things 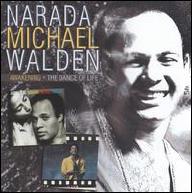 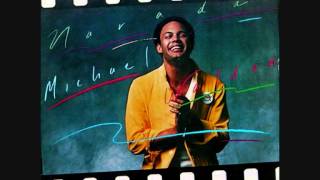 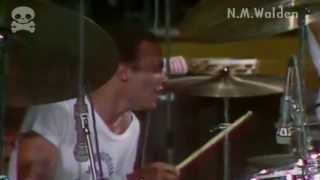 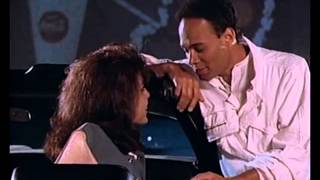 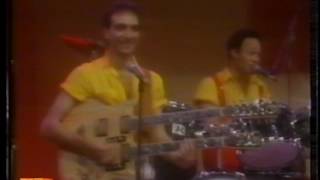 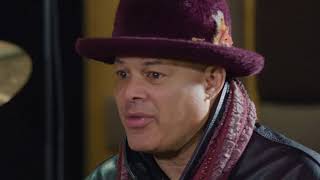 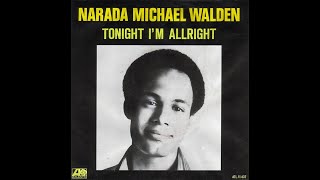 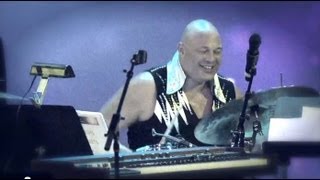