Close
Joan Armatrading
from Basseterre, St. Kitts
December 9, 1950 (age 70)
Biography
Joan Armatrading's entry onto the U.K. charts in 1976 heralded the arrival of a distinctive artist whose uncompromising attitude would propel her throughout a career of remarkable consistency that has traversed multiple genres from rock to jazz and blues. Initially coming out of the folk-oriented singer/songwriter scene of the early '70s, she enjoyed a period of mainstream success on the back of her Glyn Johns-produced hit "Love and Affection." Reinventing herself in the early '80s as a hard-edged new wave and pop act, she remained a chart staple with rock hits like "My Myself I" and "Drop the Pilot." An increasing self-reliance as a producer, engineer, and multi-instrumentalist eventually led to yet another career resurgence in the 2000s as she delivered albums like 2007's Grammy-nominated Into the Blues out of her home studio.

Born in 1950 on the island of St. Kitts in the West Indies, Armatrading moved to England at the age of seven, settling with her family in Birmingham where she taught herself to play a piano that her mother had purchased simply as a piece of furniture. Graduating to a £3 guitar her mother picked up from a local pawn shop, she began writing songs and playing in local bands. In 1970, while working on a production of the musical Hair, she met a lyricist named Pam Nestor and the two formed a short-lived songwriting partnership which yielded the material for Armatrading's 1972 Cube Records debut, Whatever's for Us. Helmed by Elton John's producer Gus Dudgeon and rooted in the folk-oriented singer/songwriter movement, it served to introduce the fledgling singer to the greater public, though it had little to do with the distinctive folk-jazz-rock hybrid that would bring her fame in the middle of the decade. After a period spent disentangling herself from her Cube Records contract, Armatrading signed with AM to release her 1975 follow-up, Back to the Night, a transitional record that offered glimpses of the higher quality material that was soon to come. A year later, AM relaunched Armatrading to the public, pairing her with producer Glyn Johns to help shape a more muscular, rock-inspired sound on her eponymous third record. Behind the Top Ten hit "Love and Affection," the album was both a critical and commercial success, going gold in the U.K., breaking her into the mainstream, and marking the first of several career high points. Johns remained on board for both Show Some Emotion (1977) and To the Limit (1978), as Armatrading further established her reputation, adding jazz, disco, and reggae influences into what was still at its core a confessional singer/songwriter style. By decade's end, she was riding a wave of success that was reinforced by a Grammy nomination for her 1979 EP How Cruel.

With the release of 1980's highly regarded Me Myself I, Armatrading's music took a stylistic shift toward a more hard-edged rock and new wave sound and subsequently became her best-selling album to date in both the U.K. and U.S. Produced by Steve Lillywhite, the more synth-heavy offerings, Walk Under Ladders (1981) and The Key (1983), were nearly as successful, with the latter supplying another of her best-known songs in "Drop the Pilot" and earning her a second Grammy nomination. Having successfully transitioned into a reliable mainstream pop artist, AM compiled Armatrading's first best-of anthology in 1983's Track Record. Having become increasingly self-reliant in the studio, 1985's Secret Secrets would be the last time Armatrading worked with a producer. More of a collaborative affair with the aid of Mike Howlett, the album was embraced by fans, reaching the Top 20 in spite of delivering no hits, and was also notable for its cover, shot by iconic New York photographer Robert Mapplethorpe. For the remainder of her tenure at AM, Armatrading was a consistent presence, delivering four more albums -- Sleight of Hand (1986), The Shouting Stage (1988), Hearts and Flowers (1990), and Square the Circle -- each of which charted in the U.K. Top 40 and were self-produced at her own home-built Bumpkin Studios. While she continued to employ various mixing engineers and guest musicians (Steve Lillywhite, Phil Palmer, Mark Knopfler, Mick Karn, Dave Mattacks), this trend toward self-sufficiency would continue throughout her career. Having left AM in 1992, Armatrading had another go as a major-label act, signing with RCA for 1995's What's Inside which, while failing on a commercial level, won her an Ivor Novello Award for Outstanding Contemporary Song Collection. While a proper follow-up solo album wouldn't arrive for some time, she spearheaded a 1998 compilation, Lullabies with a Difference, inviting friends like Tina Turner, Mark Knopfler, and Melissa Etheridge to contribute songs to support the charity PACES, which benefitted children with cerebral palsy.

Now fully independent and in complete creative control, Armatrading returned in 2003 with Lovers Speak, another career high point that saw her handling not only production and arrangements, but performing all of the instruments except for drums. Captured during the album's tour, Live: All the Way from America, appeared the following year. Moving into yet another ambitious phase, Armatrading embarked on a three-album trilogy of all-original material, with each release stylistically focused on a specific genre of music. Employing the same multi-instrumentalist approach from the Lovers Speak album, she invited her sole guest musician, drummer Miles Bould, to join her at Bumpkin Studio to record 2007's Into the Blues. Putting her own distinctive stamp on electric blues music, Armatrading managed to debut at number one on Billboard's Blues Chart, earning yet another Grammy nomination and flashing some sterling guitar work in the process. The success of Into the Blues reignited interest in her back catalog as well, and she made television appearances on Live from Abbey Road and Later… With Jools Holland, performing both new and old material. The second themed album, This Charming Life, was geared toward rock, and while not quite as successful as her blues outing, was another quality release. Her jazz entry, Starlight, closed out the trilogy in 2012.

Beginning in 2014, Armatrading set out on a major solo world tour which she billed not as a farewell to performing, but as her last extensive tour. It was documented on the 2016 DVD and album Me Myself I World Tour. That same year, she composed a set of songs for an all-female production of William Shakespeare's The Tempest, which was released as The Tempest Songs. With 2018's Not Too Far Away, she returned to the major-label system, signing with BMG and releasing her first unthemed studio album since Lovers Speak. Similar to her late-period releases, it was self-produced, self-recorded, and performed entirely by herself. ~ Timothy Monger, Rovi 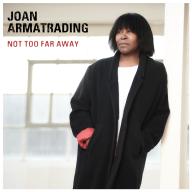 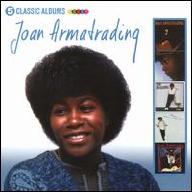 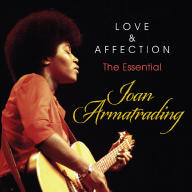 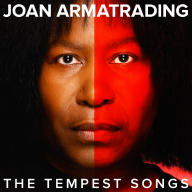 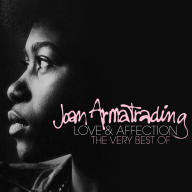 Love And Affection: The Very Best Of
2013 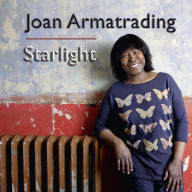 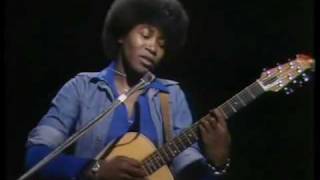 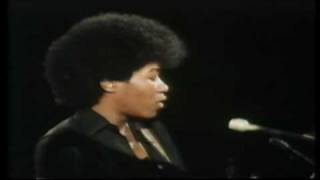 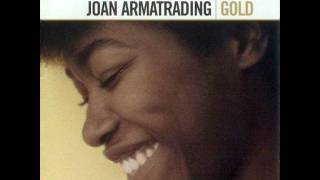 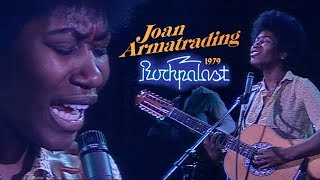 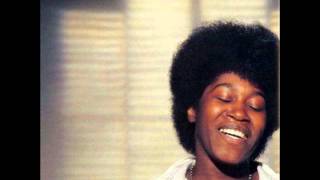 Joan Armatrading - The Weakness in Me 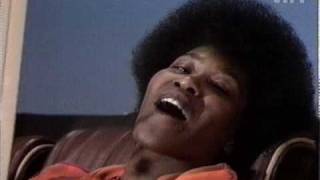 Joan Armatrading - Me, Myself I (Video HQ)
Available here: