Close
Roger Norrington
from Oxford, England
March 16, 1934 (age 87)
Biography
Roger Norrington is among both the most controversial and the most durably successful conductors of the historical performance movement, having influenced the scene in his native Britain since the early 1960s. Over a distinguished career, he has extended historical performance principles forward to the music of Mahler and even beyond, forging unconventional interpretations that often use fast tempos and strictly avoid vibrato.

Norrington was born on March 16, 1934, in Oxford. His father, Sir Arthur Norrington, was a famous professor and publisher. Norrington studied conducting and singing at various schools, including Clare College, Cambridge, the Royal Conservatory of Music in Toronto, and the Royal College of Music in London, where he worked with Adrian Boult. Through the 1960s, he was active as a tenor and also played the violin, but he was most interested in conducting. In London in 1962, he founded the Schütz Choir, one of the first groups to specialize in the music of the early Baroque, and he also created a group devoted to performing music of Monteverdi. In 1968, he became the principal conductor and music director of Kent Opera in Britain, remaining in that post until 1984. His groundbreaking experiments with historical performance accelerated in 1978 when he became conductor of two related groups, the London Baroque Players and the London Classical Players; he stayed on until 1998.

The hallmarks of Norrington's innovative style were threefold. First, he was a great advocate of going back to the source, analyzing scores intensively so that he could devise readings that, he felt, were close to the composer's intentions, using period instruments (he made no claims of authenticity, however). In performing Beethoven's symphonies, he observed the composer's very fast metronome markings, although most other conductors have ignored those, often in the belief that Beethoven miscalculated them. Second, he stripped out what he considered accumulations of orchestral style from 19th century tradition, most prominently the use of vibrato; the most striking detail to listeners new to Norrington's style is the flat string sound he cultivates. Third, unlike most other conductors of the historical performance movements, he did not restrict himself to Baroque or even Classical-era works. He conducted historical performances of works as far forward in time as those of Mahler, and he has also led premieres of contemporary works.

As Norrington's fame grew, partly due to the controversy his performances and recordings engendered, he found himself in demand as a conductor and worked with a variety of ensembles, both historically oriented and traditional. These included the Bournemouth Sinfonietta (1985-1989), the Camerata Academica of Salzburg (1997-2006), and the Stuttgart Radio Symphony Orchestra, whose final concert he conducted (at the 2016 London Proms) before it merged with the SWR Sinfonieorchester Baden-Baden und Freiburg. From 2011 to 2016, he was the principal conductor of the Zurich Chamber Orchestra in Switzerland. Norrington also served as the music director of St. Luke's Church in New York from 1990 to 1994 and was the artistic advisor of Boston's venerable Handel and Haydn Society from 2006 to 2009. He held principal guest conductorships with the Orchestre de Chambre de Paris and the Deutsche Kammerphilharmonie Bremen and appeared as guest conductor with the Berlin Philharmonic, the Vienna Philharmonic, and other major orchestras of the world.

Norrington's recording catalog is exceptionally deep and wide, containing at least 150 items covering nearly every kind of orchestral and choral repertory. It began in 1968 with A Baroque Christmas, on which he led the Schütz Choir. His output included multiple complete cycles of Beethoven's symphonies as well as Brahms symphony and Beethoven piano concerto cycles. The year 2006 alone saw a dozen separate Norrington releases. Norrington remained active into old age, releasing a recording of Ralph Vaughan Williams' London Symphony (Symphony No. 2) with the London Philharmonic in 2015. Several of his recordings with the Radio Symphony Orchestra of Stuttgart were reissued on the SWR Recordings label in the late 2010s and early 2020s. ~ James Manheim, Rovi 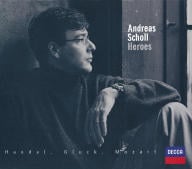 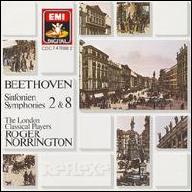 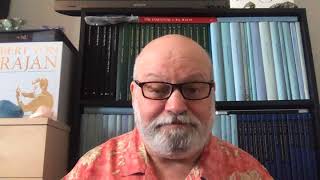 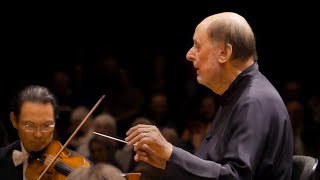 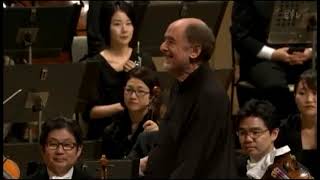 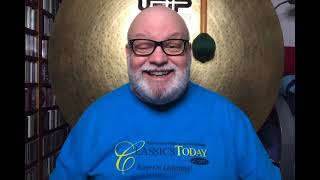 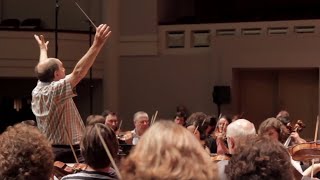