Close
Derrick Morgan
from Stewarton, Jamaica
March 27, 1940 (age 81)
Biography
A member of the classic first wave of Jamaican ska artists, Derrick Morgan was among the genre's founding fathers, emerging alongside pioneers including the Skatalites, Laurel Aitken, Prince Buster, and Desmond Dekker. Born in March, 1940, Morgan was raised in the Kingston area, exposed to a variety of musical sources spanning from New Orleans R&B to the choral music of the nearby church where his father served as deacon. At the age of 17, he took top honors at the annual Vere John's Opportunity talent show, delivering blistering renditions of Little Richard's "Long Tall Sally" and "Jenny Jenny," and in 1959 teamed with producer Duke Reid to record his debut single "Lover Boy." Morgan's follow-up, "Fat Man," was a smash throughout Jamaica, and he later scored with recordings of "Leave Earth" and "Wigger Wee Shuffle," both cut with the legendary Clement Coxsone Dodd.

By 1960, Morgan was the unrivaled King of Ska -- at the peak of his popularity, he was the first and only Jamaican artist to date to hold down the top seven slots on the national pop singles chart during the same week, generating a string of smashes including "Be Still," "In My Heart," "Don't Call Me Daddy," "Moon Hop," and "Meekly Wait and Murmur Not." In 1961, he recorded his biggest hit ever, "Housewives' Choice," and a year later -- in celebration of Jamaica's emancipation -- he recorded the first independence song, "Forward March." Morgan and Prince Buster, arguably the two biggest ska performers of the era, became embroiled in a fierce musical feud which quickly spilled over among their respective fans, and as of 1963, disputes between the two camps became so heated that leaders of the newly formed Jamaican government were forced to intervene, calling a cease-fire and bringing the two performers together for publicity photos to bury the hatchet.

In 1966, Morgan issued "Tougher Than Tough," widely credited as the first record in the rocksteady genre. He continued to innovate in the years to follow -- among his most enduring contributions were "Went to the Hop" (the first Jamaican song with an electric bass guitar), "Blazing Fire" (the first song to employ an electric piano), "Love Not to Brag" (the first duet with a female artist, Millicent Patsy Todd), and "Seven Letters" (the first reggae song, produced in collaboration with brother-in-law Bunny Lee). Morgan also produced many of the era's most notable up-and-comers, among them Bob Marley, Jimmy Cliff, and Garnet Silk. Although he lived in Britain from 1963 onward (and moved to Miami in the '80s), Morgan remained a towering figure in Jamaica throughout the remainder of the decade; even after his fame began to slip in the '70s, he continued recording regularly in the years to follow. Morgan cut back on his performing schedule in the late '70s as he began having problems with his vision, and in 1989, when he was looking into playing some shows, he was startled to discover one booking agent was convinced he'd died. However, from the '90s onward, Morgan has performed occasional live dates and festival bookings, and periodically returns to the recording studio. In 2017, Radiation Roots Records reissued Morgan's 1977 reggae effort People Decision. ~ Jason Ankeny, Rovi 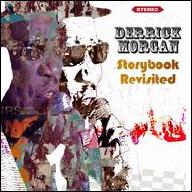 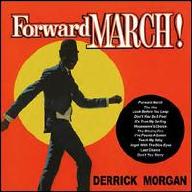 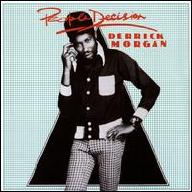 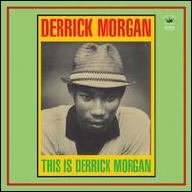 This Is Derrick Morgan
2016 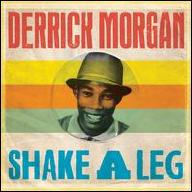 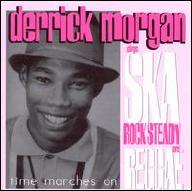 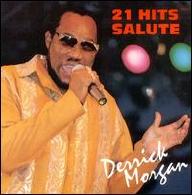 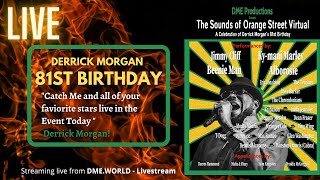 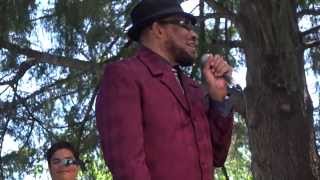 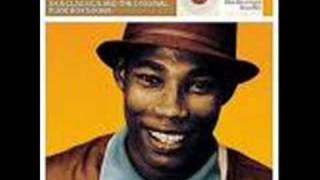 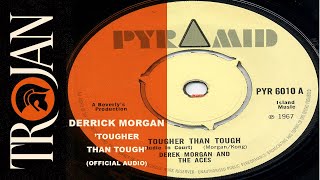 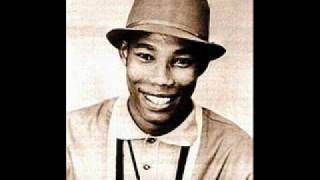 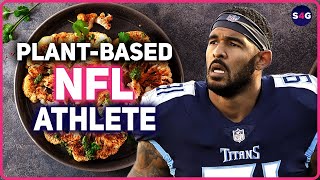