Close
Liz Phair
from New Haven, CT
April 17, 1967 (age 54)
Biography
One of the pivotal figures of American rock & roll in the 1990s, Liz Phair became a sensation with the 1993 release of her debut album in Exile in Guyville. Prior to Exile, Phair released a series of lo-fi cassettes under the Girly-Sound moniker, tapes that became an underground sensation in her native Chicago and beyond. Girly-Sound proved to be the launching pad for Exile in Guyville, a bravura double-album that paired swaggering rockers with stark, moody ballads, its varying moods tied together by Phair's wit and candor. Many singer/songwriters followed in Phair's footsteps -- notably, Alanis Morissette's blockbuster Jagged Little Pill traded in the sexual explicitness that was so bracing on Exile -- while she also tried to navigate the distance between her indie roots and the mainstream. She did this with some success during the alternative rock gold rush of the 1990s, having an alt-rock hit with "Supernova" from 1994's Whip-Smart, but she didn't crossover until 2003, when she collaborated with mainstream pop powerhouses the Matrix on her eponymous fourth album. "Why Can't I?" cracked the Top 40 and "Extraordinary" reached Billboard's Adult Top 40, successes that helped Phair pivot into film and television composing when she got bogged down dealing with record contracts. She documented these struggles on 2010's Funstyle, her first indie release since the early 1990s, but she truly reconnected with the spirit of her early records with Soberish, a 2021 album that saw her reunite with Brad Wood, the co-producer of her first two albums.

Phair was born on April 17, 1967, in New Haven, Connecticut. She was raised in the Chicago suburb Winnetka and later went to Oberlin College in Ohio, where she studied art. At Oberlin, she became fascinated with underground indie rock and eventually became friends with guitarist Chris Brokaw, who would later join the alt-rock outfit Come. Following their college graduation, Phair and Brokaw both moved to San Francisco, where she tried to become an artist.

Eventually, Brokaw moved out east and Phair headed back to Chicago, where she began writing songs in earnest. She also started releasing homemade tapes of these songs under the name Girly-Sound. While she supported herself by selling her charcoal drawings on the streets of Wicker Park, she became entrenched in various portions of the Chicago alternative music scene; in particular, she struck up friendships with Urge Overkill, a drummer named Brad Wood, and John Henderson, the head of the Chicago-based indie label Feel Good All Over. Henderson and Phair tried to re-record some of the Girly-Sound tapes with Wood, yet the pair had a falling out during the sessions, leaving Wood as Phair's only collaborator. Brokaw, who had by then joined Come, was still receiving Girly-Sound tapes, and he eventually gave a copy to Gerard Cosley, the head of Come's record label Matador. By the summer of 1992, Matador had signed Phair and she began recording her debut album in earnest.

Adapting its title from an Urge Overkill song, Exile in Guyville was released to strong reviews in the summer of 1993. Many articles focused on Phair's claim that the double album was structured as a response to the Rolling Stones' classic Exile on Main St. Over the course of the year, the record slowly built a dedicated following in America, both among critics and alternative rock fans. At the end of the year, it topped many Best of the Year critics' polls, including The Village Voice and Spin. With all the attention focused on Phair, many indie rock figures -- particularly members of the Chicago noise rock scene like Steve Albini -- were developing a resentment toward her and launching an attack on the singer and the heavy media attention Exile in Guyville received. The criticism couldn't halt Phair's progress, though, and in early 1994 she launched her first tour, which was plagued by her stage fright. Around the same time, MTV began airing "Never Said" and, as a result of all the hype, the album briefly appeared in the charts in February. By the spring of 1994 it had sold over 200,000 copies -- a remarkable number for an independent release. It eventually sold over 500,000.

By that time, Phair had begun work on her follow-up record. Matador had signed a distribution deal with Atlantic Records in 1994, and her second album was going to be one of the first to be heavily promoted by the alliance. Indeed, Whip-Smart was released to a whirlwind of media attention -- including Phair, dressed only in negligee, on the cover of Rolling Stone -- and debuted at number 27 upon its fall 1994 release. "Supernova," the first single from the album, received heavy airplay on MTV and alternative rock radio, becoming a Top Ten modern rock hit. However, Whip-Smart received mediocre reviews and never developed into the hit that it was expected to be, although it still went gold. Phair didn't tour to support the album and was slow to deliver a second single. By the time the title track was released as a single in the spring of 1995, the album had disappeared from the charts.

Phair quietly retreated from the spotlight in 1995, marrying Jim Staskausas, a Chicago-based film editor who had previously worked on Phair's videos. Later that summer, she released the Juvenilia EP, which was essentially the "Jealousy" single amplified with the first official release of Girly-Sound material. During the summer of 1996, she released "Rocket Boy," a single pulled from the Stealing Beauty soundtrack that received little attention. For much of 1996, Phair worked on her third album with producer Scott Litt, but she remained unsatisfied with their sound and had officially scrapped the sessions by the time fall came around. Toward the end of 1996, Staskausas and Phair announced she was several months pregnant. On December 21, 1996, Phair gave birth to her first child, James Nicholas Staskausas. Her long-delayed, much-anticipated third LP, whitechocolatespaceegg, finally appeared in mid-1998.

Five years later, Phair returned with a controversial self-titled album. Liz Phair, which appeared in June 2003, and found her working with singer/songwriter Michael Penn and the Matrix, the latter of whom had risen to prominence in the pop world by launching artists like Avril Lavigne. Jimmy Chamberlin, Wendy Melvoin, and Pete Yorn, also contributed to Phair's newly slick sound. When Liz Phair appeared, though, it was panned by purist rock critics and militant Liz nerds who felt she'd sold them out with the record's pop star sensibilities. Phair stood up for her work in typically brash fashion -- at times, it seemed like she even invited the fan boy ridicule -- and the album was a decent hit, with the leadoff single "Why Can't I" peaking at number 27 on the Billboard charts. Another album, Somebody's Miracle, appeared in fall 2005, but its relatively soft sound resulted in the slowest sales of Phair's career.

After reissuing Exile in Guyville in 2008, Phair began working on a number of offbeat, highly unconventional songs, many of which dealt with her recent departure from Capitol Records. Tired of working with record labels, she chose to release the material herself. Funstyle was appropriately released on her own website in July 2010, with the bhangra-influenced "Bollywood" becoming the album's first single; a physical release of Funstyle, paired with an EP of Girly-Sound demos, appeared in the fall, a release Phair supported with a brief tour.

Phair embarked on her next project, a double-album created as an answer to the Beatles' White Album, in 2016, hiring Ryan Adams as its producer in 2017. Adams drifted away from the album during its recording and Phair decided to scrap the project. She next turned her attention to Matador's 2018 deluxe reissue of Exile in Guyville, which contained the first official release of the Girly-Sound tapes. Entitled Girly-Sound to Guyville, the reissue appeared in 2018 and Phair supported it with a tour that ran into 2019. At the end of that year, she published her memoir Horror Stories.

Phair reunited with Brad Wood, her co-producer on Exile in Guyville and Whip-Smart, for 2021's Soberish, her first album of original material in 11 years. ~ Stephen Thomas Erlewine, Rovi 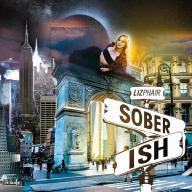 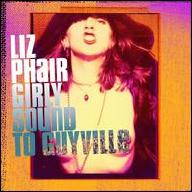 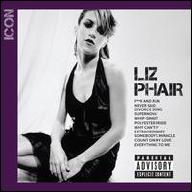 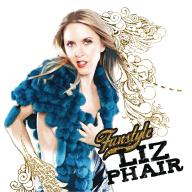 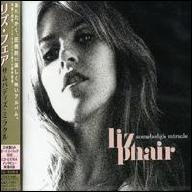 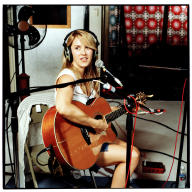 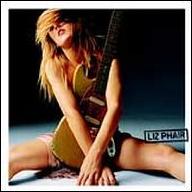 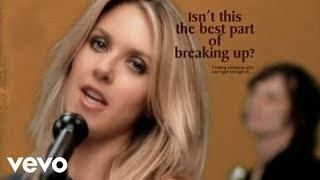 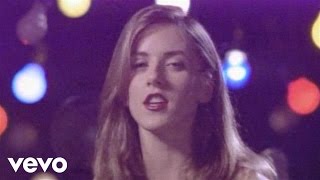 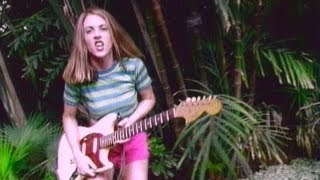 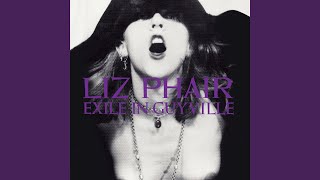 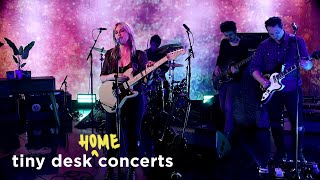 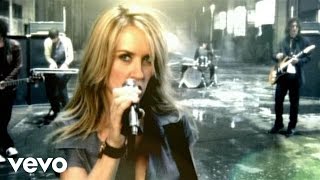 Liz Phair - Everything To Me
Available here: