Close
Margaret Whiting
from Detroit, MI
July 22, 1924 - January 10, 2011 (age 86)
Biography
Margaret Whiting was a dominant pop singer in the '40s and '50s, with a clear, striking voice and the kind of quasi-innocent sensibility that worked on such songs as It Might as Well Be Spring and Moonlight in Vermont. The daughter of composer Richard Whiting (her aunt, Margaret Young, was a Brunswick Records recording artist of the '30s), Whiting began singing as a small child and by the age of seven she was working with Johnny Mercer, the popular songwriter and founder of Capitol Records, for whom her father worked. When Mercer and two partners launched Capitol, Margaret Whiting was one of their first signings.

Whiting started recording for the label in 1942, her first major hit being the Mercer/Harold Arlen composition "That Old Black Magic," as featured singer with Freddie Slack His Orchestra. That was followed in 1943 by "Moonlight in Vermont," with Whiting singing as a member of Billy Butterfield’s Orchestra, and "It Might as Well Be Spring," with Paul Weston His Orchestra, from the film musical State Fair. Whiting first recorded under her own name in late 1945, singing the Jerome Kern/Oscar Hammerstein II composition "All Through the Day," which became a best-seller in the spring of 1946, and "In Love in Vain," both of which were featured in the film Centennial Summer.

Whiting also had hits with songs from the Broadway musicals St. Louis Woman and Call Me Mister in 1946. Those first recordings under her name were recorded in New York. In late 1946 Whiting returned to California and began recording there, with Jerry Gray His Orchestra; "Guilty" and "Oh, But I Do" were the best-selling fruits of that session. Whiting’s hit streak continued in 1948-1949. Owing to a musician’s strike in the USA, orchestral tracks were recorded outside of the country and vocals added in US studios. Whiting supplied vocals to tracks cut by Frank De Vol His Orchestra, including "A Tree in the Meadow," a number one hit in the summer of 1948, recorded in London. Her next number one occurred in 1949 with "Slipping Around," one of a series of duet recordings made with country film star Jimmy Wakely. Also during that year, Whiting recorded a duet with Mercer, "Baby, It’s Cold Outside." In 1950, she had a hit with "Blind Date," a novelty record she made with Bob Hope and the Billy May Orchestra. Whiting continued recording for Capitol into the mid-'50s, until her run of hits dried up. She left the company in 1958 for Dot Records but achieved only one hit on that label. She switched to Verve Records in 1960 and recorded a number of albums, including one with jazz vocalist Mel Tormé. A brief return to Capitol was followed by a hiatus, after which Whiting signed to London Records in 1966, for whom she recorded her last two charting pop singles. Her recordings continued to appear on the easy listening charts into the '70s. Whiting was still recording in the early '90s, and performing in cabaret and concerts. She died at the Actors' Fund Home in Englewood, New Jersey on 10 January 2011 at the age of 86. ~ Ron Wynn, Rovi 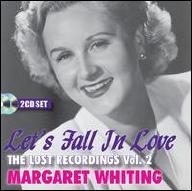 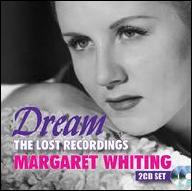 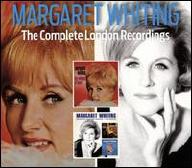 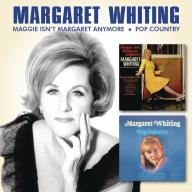 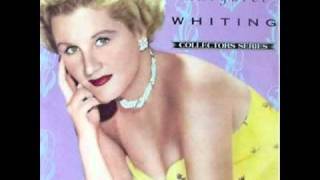 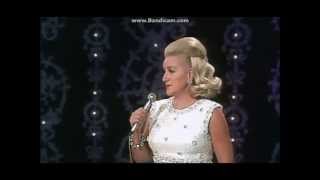 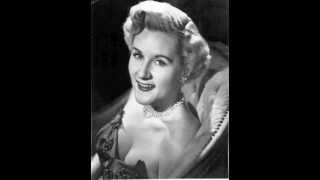 Someone To Watch Over Me (1947) - Margaret Whiting 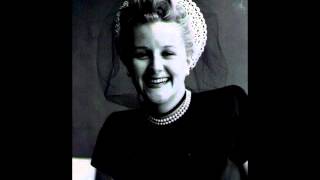 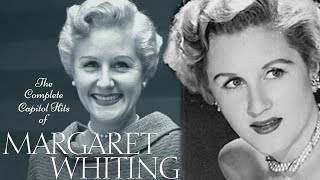 The Life and Sad Ending of Margaret Whiting 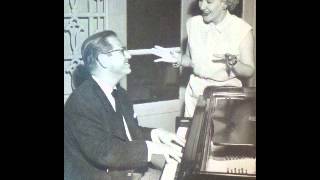 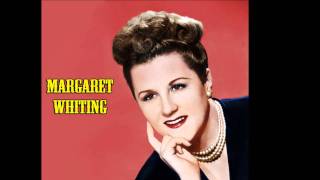 Margaret Whiting - A Tree in the Meadow2.wmv
Available here: