Close
Joey Ramone
from Forest Hills, NY
May 19, 1951 - April 15, 2001 (age 49)
Biography
Joey Ramone's signature bleat was the voice of punk rock in America. Sporting a leather jacket and torn jeans (like his bandmates) and hiding his face behind a pair of sunglasses and a thick shock of dark hair, the lanky Ramone helped define punk's early image as well, and his two-plus-decade tenure as frontman of the Ramones made him a countercultural icon.

Ramone was born Jeffrey Hyman on May 19, 1951 (though he frequently claimed the year was 1952) in Forest Hills, part of the Queens section of New York City. Rock & roll gave the teenaged Joey Ramone an escape from his parents' divorce and he began playing in glam-influenced bands in the early '70s. He co-founded the Ramones in 1974 with friends John Cummings and Douglas Colvin, upon which point all three adopted Ramone as their stage surname. Joey Ramone initially served as the group's drummer before switching to vocals and having his former spot taken by manager Tommy Erdelyi. The Ramones quickly became regulars at the Bowery club CBGB, and their brief, rapid-fire concert style became the stuff of legend.

When the Ramones recorded their debut album in 1976, it heralded the true birth of punk rock; although groups like the Stooges, MC5, and New York Dolls laid the groundwork, the Ramones' hooky, three-chord songwriting, cheerfully dumb humor, and boundless energy created the blueprint that countless punk bands would follow in the decades to come. Their 1976 tour of the U.K. helped ignite that country's punk scene as well, and their impact on American music was never more apparent than in the '90s, when a legion of punk-pop bands who never could have existed without the Ramones' music took that sound to the top of the charts.

Despite their enormous influence, a career that spanned two decades, and a handful of indisputably classic albums, the Ramones never became stars in their own right -- even though the sound they'd pioneered came to dominate popular music during most of the '90s and even though the band recorded during that decade with a newly clean and sober focus. After touring with the 1996 Lollapalooza festival, the Ramones concluded that the stardom they'd always coveted was never to be and they disbanded before the end of the year.

Although he had released the collaborative EP In a Family Way with his brother Mickey Leigh in 1994 (under the name Sibling Rivalry), Joey Ramone largely shunned the spotlight following the breakup. He did make occasional public appearances and worked for a time as a radio DJ; toward the end of the decade, he also began working sporadically on a solo record. He assembled a band featuring guitarist Daniel Rey, bassist Andy Shernoff (ex-Dictators), and drummer Frank Funaro (Cracker) and played several gigs in the New York area. Sadly, before the record could be completed, Ramone succumbed to lymphatic cancer on April 15, 2001; he was 49 years old.

Shortly after Ramone's passing, his last studio recordings were finished and made available as Don't Worry About Me. In 2012, a posthumous collection of unreleased demos titled ...Ya Know? was completed by the Ramones' producers and Joey's former musician friends. ~ Steve Huey, Rovi 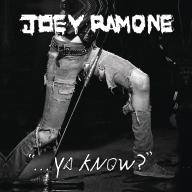 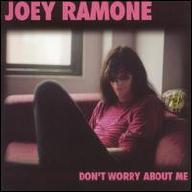 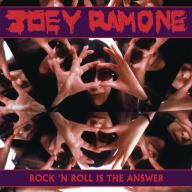 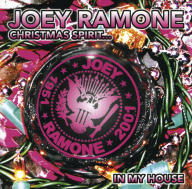 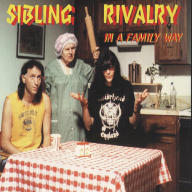 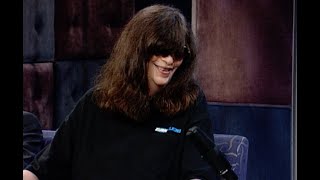 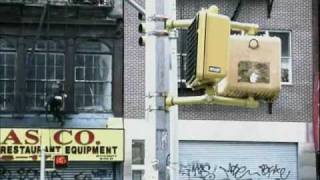 Joey Ramone - What A Wonderful World 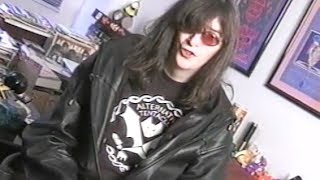 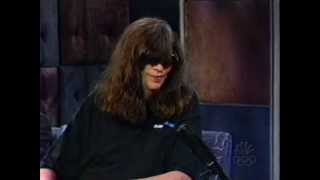 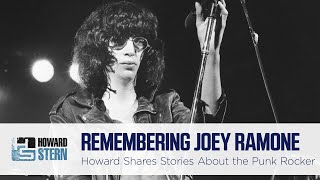 Howard Honors Joey Ramone on 20th Anniversary of His Passing

Joey Ramone gives his thoughts about other bands
Available here: