Close
So Percussion
from New Haven, CT
formed January 1, 1999 (age 22)
Biography
The innovative, groundbreaking Brooklyn-based quartet So Percussion have redefined the meaning of the term "percussion ensemble." Though established in 1999 to play contemporary classical works, they have worked with a wide range of composers, musicians, and recording artists in other genres as well. In addition to drums and traditional percussion instruments, So Percussion have made their own instruments and play everything from teacups and walnut planks to flowerpots and amplified cactus. The group's self-titled debut saw release in 2004, and they were recording their own compositions by third album Amid the Noise (2006). They went on to collaborate with electronic band Matmos on 2010's Treasure State and trumpeter Dave Douglas on 2011's Bad Mango. Among their many other musical partnerships that decade, they worked with composer Steve Reich on 2011's WTC 9/11 and 2017's Drumming Live. The group's eclectic pairing carried into the next decade with works by Caroline Shaw and Buke Gase.

So Percussion came together as graduate students at the Yale School of Music, though Jason Treuting is the sole remaining original member. Adam Sliwinski joined in 2002, Josh Quillen in 2006, and Eric Beach in 2007. Their initial purpose was to perform the repertoire of 20th century masters such as John Cage, Steve Reich, George Crumb, and Iannis Xenakis. After an encounter with David Lang, the Pulitzer Prize-winning composer and co-founder of New York’s Bang on a Can, their vision shifted and expanded. Their first commissioned work was his three-movement "The So-Called Laws of Nature," in 2002. It was recorded along with Evan Ziporyn's "Melody Competition" on their self-titled debut in 2004 for Cantaloupe Music. Subsequently, they began commissioning new works from other composers, including Steven Mackey and Paul Lansky as well as Lang.

In 2005, So Percussion released an entirely different experience of Reich's classic composition Drumming. The four members played all nine percussion instruments, and the composer's own group of singers collaborated with them. In order to extend their focus even further, they began to compose their own works, beginning with Amid the Noise by Treuting. It was released the same year with accompanying videos by Jenise Treuting. They went a step further in 2007, creating their own label, shhh Productions, to release projects outside the parameters of their record deal with Cantaloupe Music. The debut release for shhh was an audio/video package of a performance of composer Dan Trueman's Five (And-a-Half) Gardens, recorded by So Percussion and Trollstilt with video art from Judy Trueman.

In 2008, they began developing the Music for Trains project in southern Vermont. The project took place during a month-long residency that centered around performances in and around Brattleboro and Bellows Falls, including their train stations. These performances included pre-recorded MP3 players -- to be listened to on the trains -- sundry materials gathered from the community, an on-stage sculpture by Ahren Ahrenholz, and video.

This was followed in 2009 by the evening-length production Imaginary City, inspired by Italo Calvino's novel Invisible Cities. The project used source material from the six cities that commissioned it and where it was performed: Brooklyn, Houston, Cleveland, Helena, Denver, and Burlington. It included video by Jenise Treuting and was directed by Rinde Eckert. That year also saw the creation of the So Percussion Summer Institute (SoSI), founded in 2009, on Princeton University's campus.

So Percussion's first recorded non-classical collaboration occurred on the 2010 album Treasure State with American electronic band Matmos. This was merely the opening gambit in an ongoing sonic expansion. Collaborations and appearances with artists as varied as Dan Deacon, Bobby Previte, Medeski, Martin Wood, Glenn Kotche, the Dirty Projectors, and others followed. The ensemble were also appointed co-directors of a new percussion department at the Bard College Conservatory of Music.

Though it was written for them in 2005, So Percussion released their recording of Lansky's Threads in January 2011. It was the beginning of a prolific year. In September, their reading of Reich's Mallet Quartet was issued as part of the composer's WTC 9/11 album on Nonesuch, and their own recording of Mackey's It Is Time was released by Cantaloupe. In October, Bad Mango, their recorded collaboration with Dave Douglas, was released on the trumpeter's Greenleaf Music label, while they issued their own performance of Martin Bresnick's Caprichos Enfaticos on Cantaloupe. It was followed in November by David Lang's score/soundtrack for the film The Woodmans.

In March 2012, So Percussion commemorated Cage's 100th birthday with a series of three American performances of his various works. Entitled We Are All Going in Different Directions, its spirit was in keeping with his aesthetic of indeterminacy; each evening's show comprised different pieces. Martin Schmidt, Deacon, Cenk Ergün, and Beth Meyers were among other musical contributors. A unique, limited commemorative recording was packaged and sold in an edition of 300 copies. In September, the ensemble issued Where (we) Live in collaboration with guitarist, vocalist, and songwriter Grey McMurray. They also staged multi-artist, multimedia performances of the work. So Percussion's recording of Trueman's "laptop/percussion quartet with turntable" composition Neither Anvil Nor Pulley (which first debuted in concert in 2010) was issued as a digital download in 2013. Man Forever (John Colpitts, aka Kid Millions) enlisted So Percussion as co-billed collaborators for his April 2014 Thrill Jockey release Ryonen. Later the same year, Bobby Previte's Terminals featured So Percussion throughout and appearances by Nels Cline, John Medeski, Greg Osby, and Zeena Parkins.

The group released performances of works by the National's Bryce Dessner (2015's Music for Wood and Strings) and Wilco drummer Glenn Kotche (2016's Drumkit Quartets) before issuing Drumming Live in 2017. It not only captured a 2013 performance of Steve Reich's Drumming at New York's (Le) Poisson Rouge but included a version of the composer's Clapping Music performed by So Percussion and Reich himself. The percussionists next appeared on Prism Quartet's Color Theory, a set of 2016 compositions for saxophones and other instruments. It was also released in 2017. Meanwhile, Trueman wrote Songs That Are Hard to Sing for So Percussion and string ensemble JACK Quartet. The recording followed on New Amsterdam Records in 2019. Heading into the next decade, the group teamed up with singer/violinist/composer Caroline Shaw on her 2020 project Narrow Sea Pt. 1 & 2 and collaborated the following year with Buke Gase on a pair of singles. ~ Thom Jurek, Rovi 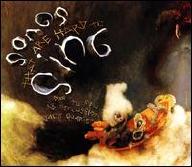 Dan Trueman: Songs That Are Hard To Sing
2019 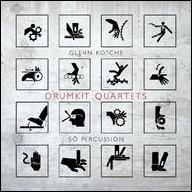 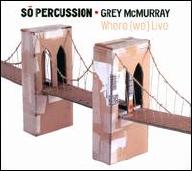 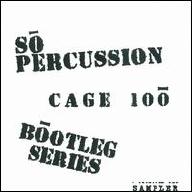 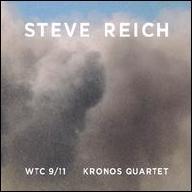 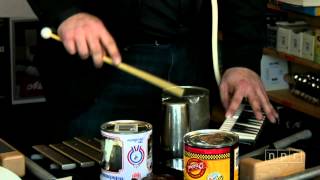 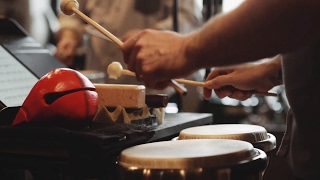 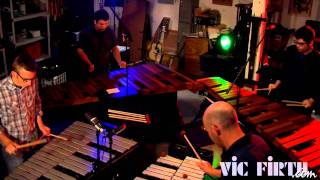 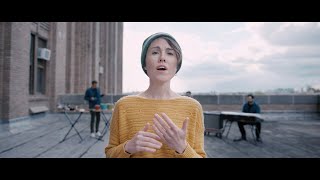 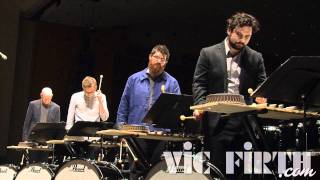 PASIC 2011: So Percussion / "So-Called Laws of Nature" by David Lang 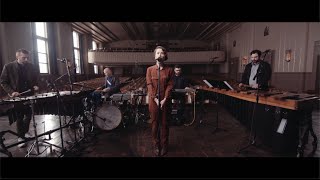 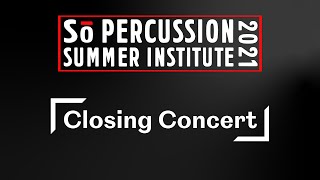